The superstar – and trained flautist – played a crystal flute from the 1800s, owned by fourth U.S. President James Madison!

How does one end up with said historical flute? Well, in the days leading up to her show, Lizzo was invited by the Library of Congress to visit their extensive instrument archives. The Library also offered her the opportunity to play some of them. So at Tuesday night’s concert, Lizzo said hell yes. 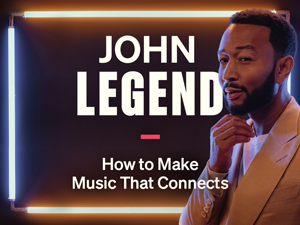 “This is from the early 1800s,” Lizzo can be heard saying in footage shared by audience members online. (And yes, there were bodyguards up on that stage with the flute!)

“This was a gift to James Madison from a French crystal flute designer to celebrate his second term. There was a fire…and the only two things that were saved were a portrait of George Washington and this crystal flute right her. I am the first person to ever play it!”

And of course, in true Lizzo-style, she twerked while playing a few notes.

“B****, I just twerked and played James Madison’s flute from the 1800s!” she said with joyful disbelief. “History is freaking cool you guys!”

We just did a DNA test. Turns out: It’s 100% that [crystal] flute @lizzo played at her D.C. stop on the #SpecialTour tonight. It’s safe & sound back at the Library now. Thank you @CapitolPolice for escorting it. Watch this space for more from Lizzo’s Library visit. #LizzoAtLOC pic.twitter.com/YnS5wVoALN