She’d already cemented her name in Hollywood history with an Academy Award, a Golden Globe, four Emmys and a bunch of NAACP Image Awards.

But now cultural icon Regina King has literally cemented her name – during an imprinting ceremony at the TCL Chinese Theatre! 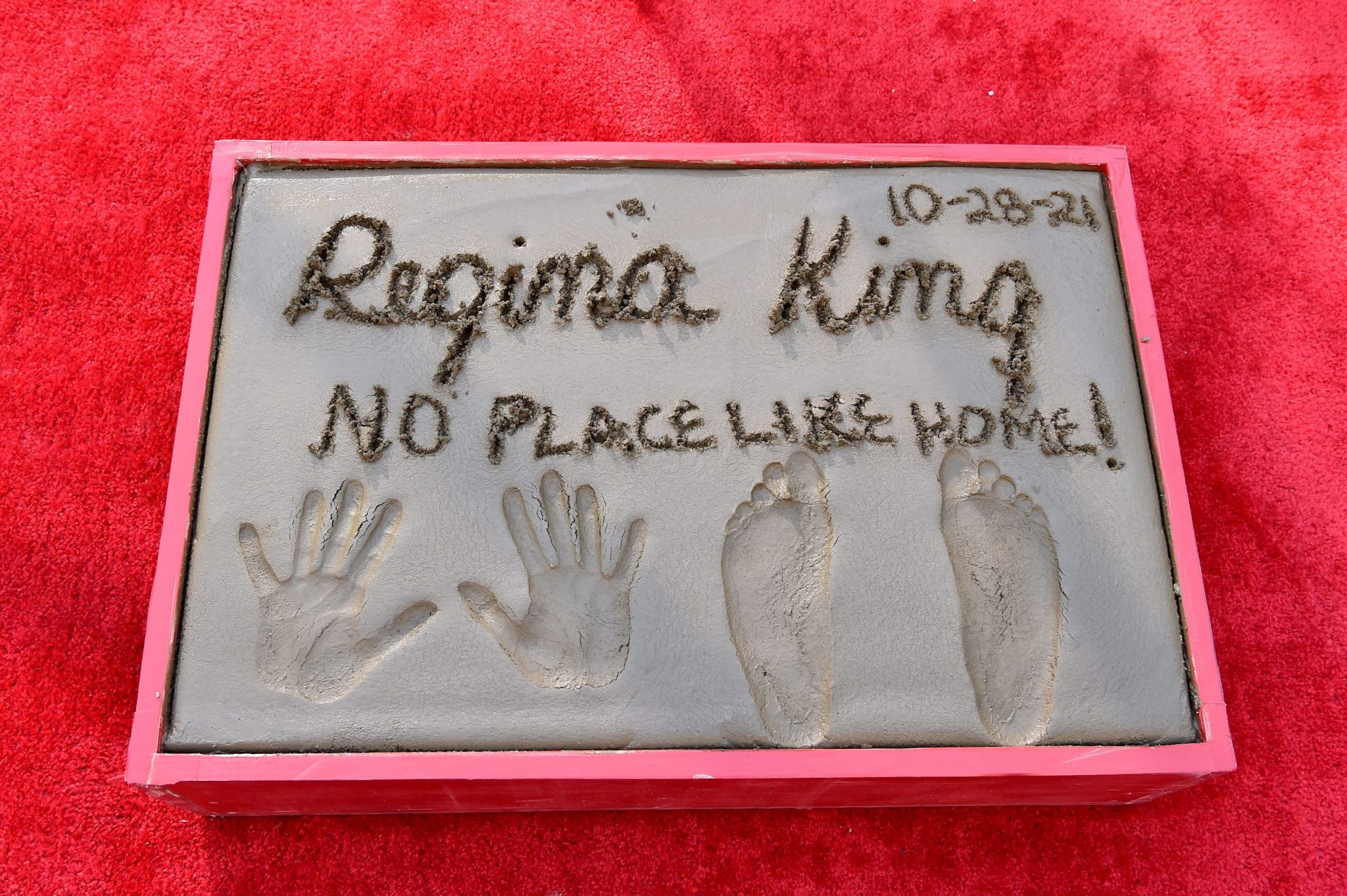 Honoured with her own block at the entrance of the famous venue, Regina not only left her handprints in the cement but also her footprints, along with the message “No place like home” – which happens to be the opening line for the theme song of 80s TV series “227,” the show that first put her on a path to stardom.

“This means so much,” she said during the ceremony with her family members and fellow legend Ava DuVernay there to celebrate with her.

The honour comes just days before Regina’s new movie, The Harder They Fall, streams on Netflix on November 3.