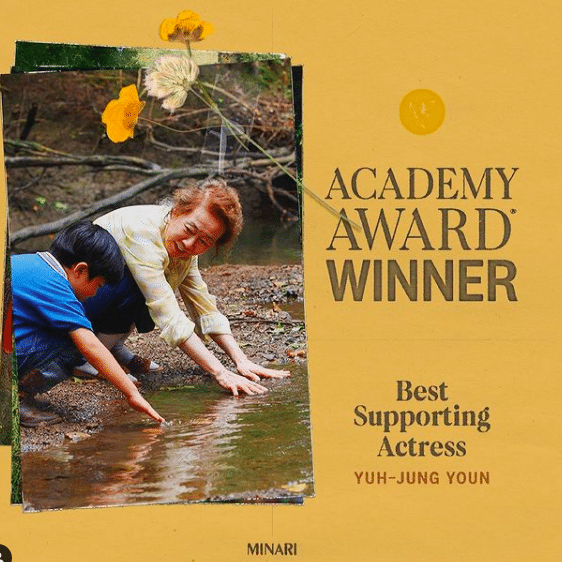 Youn Yuh-Jung won the Best Supporting Actress Oscar for her role in Minari, making her the first South Korean and second Asian woman to win the acting award in its 93-year history.

And she gave one awesome speech too, accepting the golden statue from Brad Pitt:

“Mr Brad Pitt, finally. Nice to meet you!” she begins before talking about how, for years, she would watch the Oscars back home.

“Me, being here by myself, I cannot believe I’m here…let me pull myself together.”

She took a moment to talk about how frequently her name is mispronounced: “tonight you are all forgiven.”

Perhaps the most endearing part of her speech was when she thanked her two adult sons:

“I’d like to thank my two boys who made me go out and work. So, beloved sons, this is the result, because Mommy worked so hard.”

The last time an Asian actress won the Best Supporting Actress Oscar was in 1957 – that was Miyoshi Umeki for her role in Sayonara.

You can read the full list of Oscar winners HERE.