Imagine getting a call from Oprah Winfrey to let you know you can go to the university of your dreams?

Well, that is exactly what happened to 15 students who’ve been awarded a 4-year scholarship through a new initiative launched by the global media icon.

The program is operating through the Oprah Winfrey Charitable Foundation with the successful applicants showing both academic excellence and leadership within their communities.

“I am where I am today because of education and the support of teachers throughout my life,” Ms Winfrey says in a statement.

“I am honoured to support these students who have shown high achievement in their academic studies, but more importantly a commitment to their communities. These young leaders bring me hope for our future, and I look forward to watching each of them flourish.”

And it’s not just a scholarship. The initiative also provides networking, mentoring and support opportunities beyond the four years.

Here’s the moment the first lot of recipients received a virtual call with the good news from Mama O herself:

“There are young people like you in the world who are claiming your stake for the future and have done the work to prepare for a better life not just for yourself but for everybody else,” she tells the group.

“Everything that you’ve overcome in your life, every single thing, every obstacle, every challenge that we’ve put in for you, you stood up to that challenge. You kept going. You were willing to be the standout, even though other people din’t understand what you were standing for.” 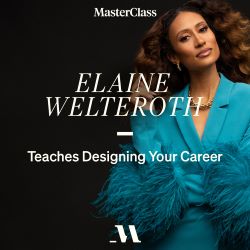 “Everything that you’ve done up until this moment has made you worthy of this scholarship and everything else that you have earned and will continue to earn,” Ms Winfrey continues.

“You are more than interested but determined to use the fullness of yourself, the expression of yourself as a human being for the highest good – not just for yourself but to also do that for other people.

Since its inception in 1993, Oprah’s foundation has committed over $400 million in grants and donations to organisations that serve children, families and communities with a specific focus on youth education.

In fact, the organisation has helped over 72,000 people receive an education, including the girls from her Oprah Winfrey Leadership Academy in South Africa as well as at least 700 young men who’ve received scholarships to Atlanta’s Morehouse College.