Now here’s a little someone we all need to know about. Cassandra Gee (“Cassie”) is a professional artist who paints faraway landscapes and glittery galaxies. She’s only in kindergarten but she’s changing the world, one spectacular painting at a time.

Every month, Cassie donates part of the money she earns from selling her paintings, to charity.  This year, it’s all about helping kids in Africa. Her latest donation was to Rafiki Mwema to benefit abused children in Kenya. “I feel sad when I hear about them,” the 6-year-old replies when asked why it’s so important to help others. “I want to help hungry children because they don’t have much food.” 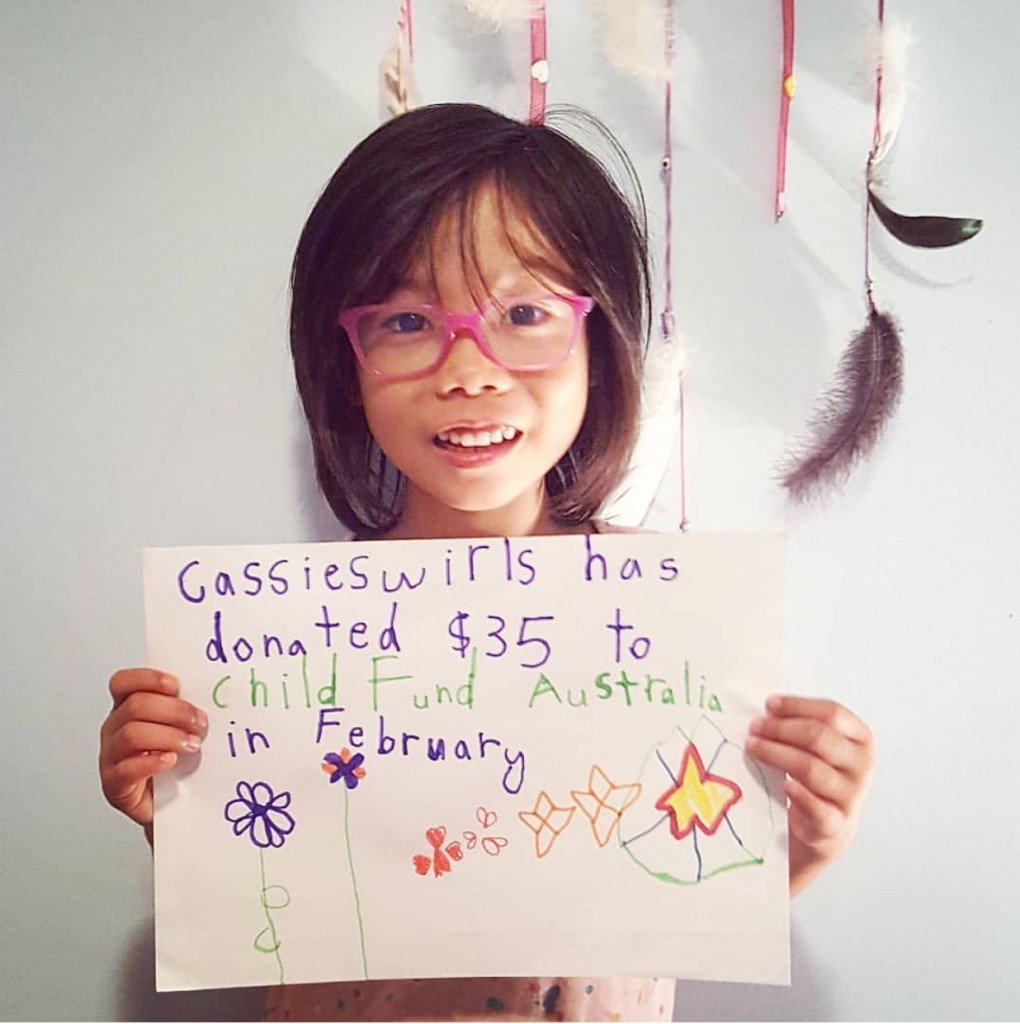 Cassie was just 3 years old when she sold her first painting. Her mum, Linda, had given her some paint and a canvas in the hope of getting her daughter to sit still for a minute. Three years later, Cassie’s creations which are made using just a fork or a skewer on acrylic paint, resin and glitter, are on display all over the world. Some of her stuff, selling for $400 through her online store Cassie Swirls.

And it doesn’t sound like she’ll be slowing down anytime soon. “I love painting because I get to use glitter,” Cassie says. “It is so sparkly and it makes me sparkly too.”

Before helping kids in Africa, Cassie was donating part of her earnings to charities supporting kids in Australia, Syria and Cambodia, as well as a panda breeding program in China. This July, she’ll be donating to Eagles Wings, a charity supporting orphans and vulnerable kids in Zambia.

Check out some of her sparkly work below: 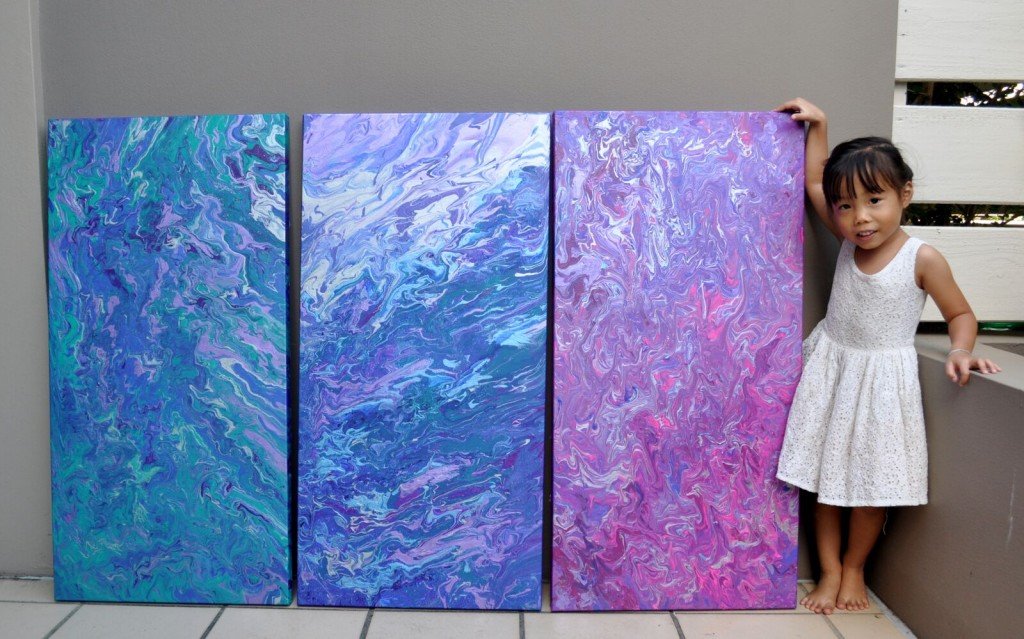 Cassie with some of her artwork. Photo: Cassie Swirls 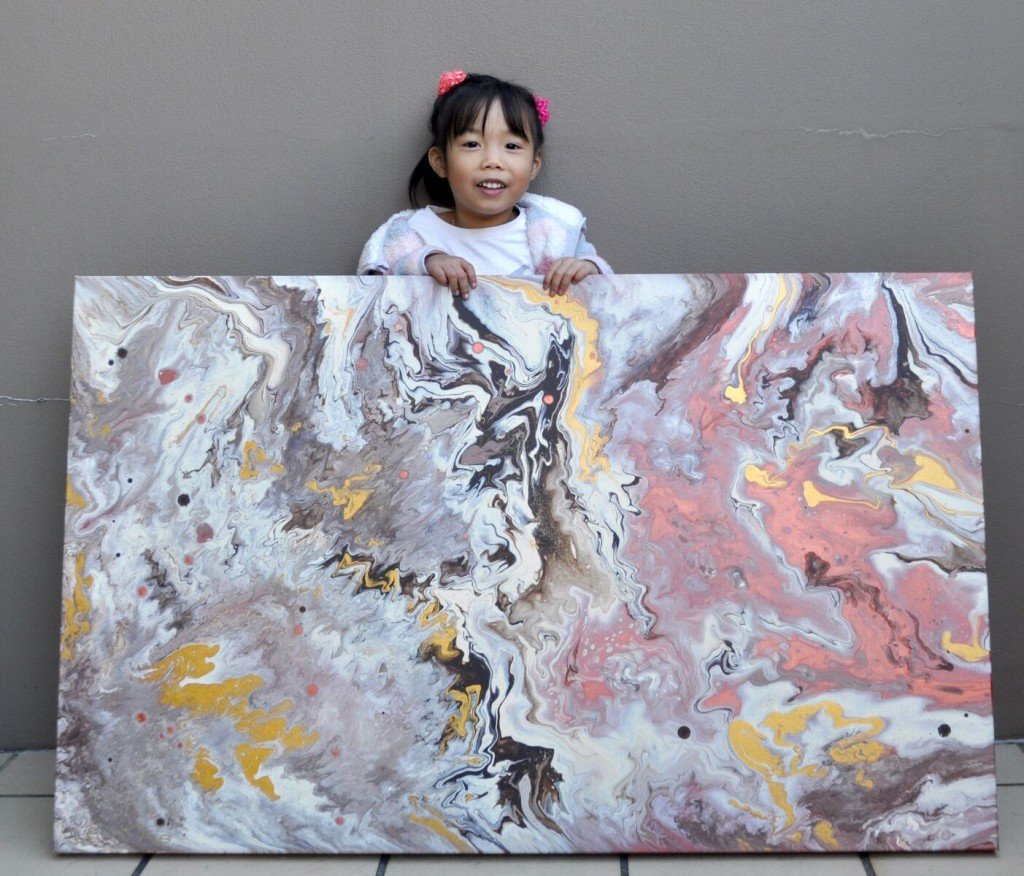 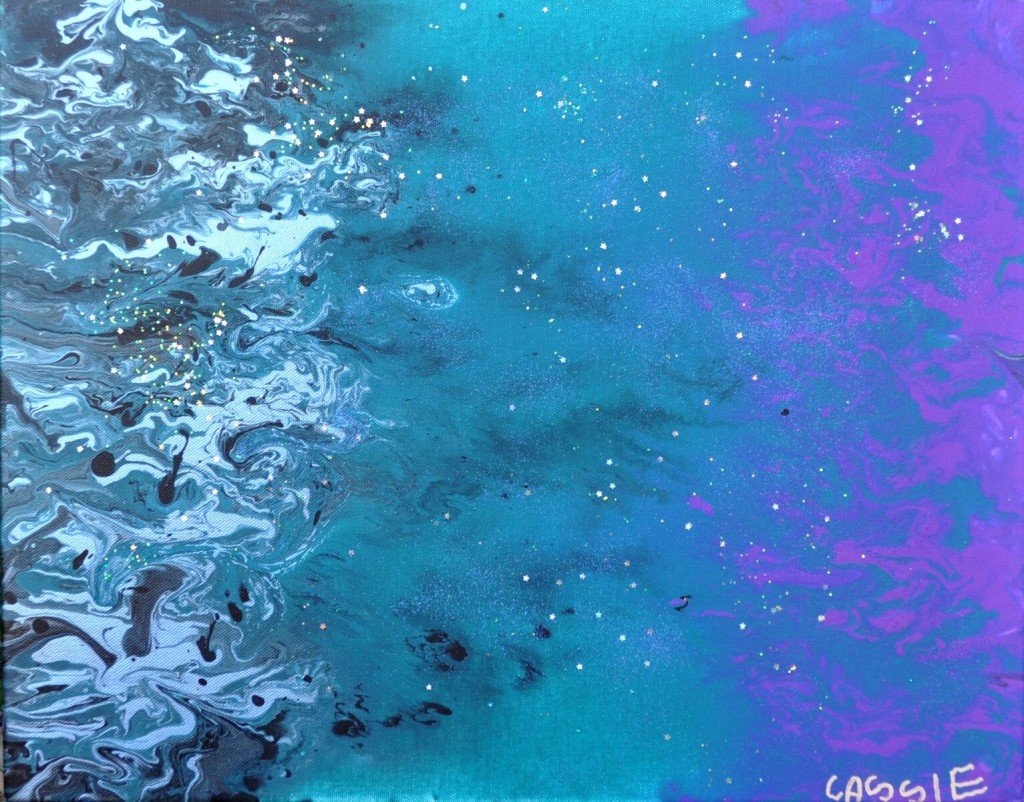 Looking Past The Body: JLo Turns 49