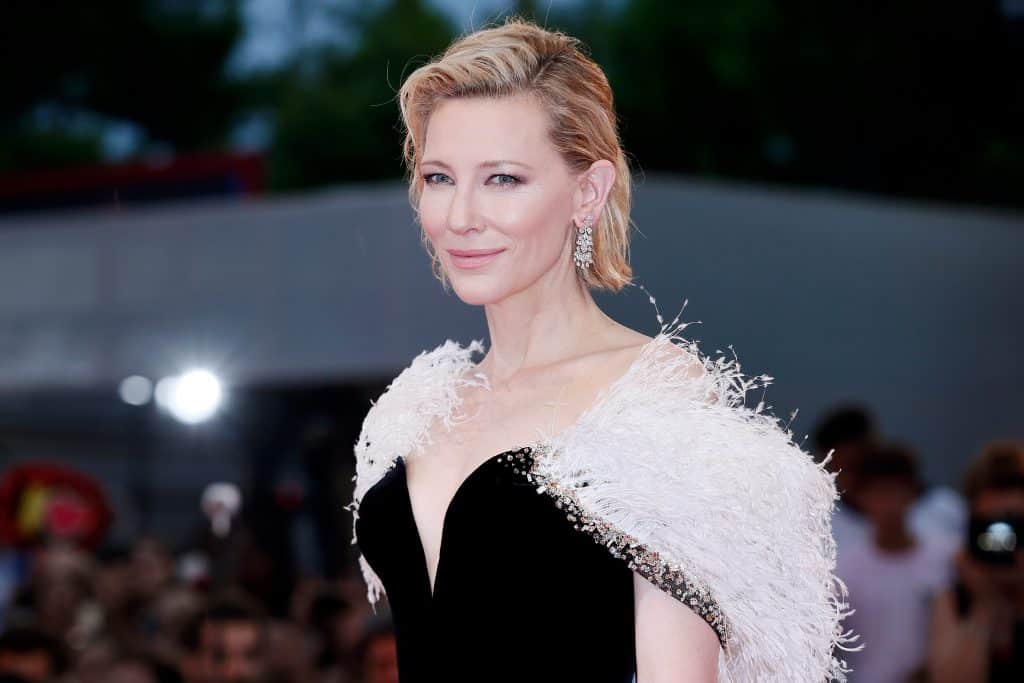 Cate Blanchett has walked the red carpet at a socially distanced opening ceremony of the Venice Film Festival in Italy this week – and she’s putting the spotlight on sustainability in fashion.

The Hollywood star who’s one of this year’s jury members, wore a mask with her full-length Esteban Cortazar gown, which came out of her iconic fashion closet.

In a post on social media, her stylist Elizabeth Stewart writes, “IT’S CHIC TO REPEAT! #CateBlanchett has decided to rewear some of her cherished looks at this year’s Venice Film Festival like this @EstebanCortazarOfficial worn to tonight’s opening that was first worn to a premiere in 2015. In her words, beautiful things can come out of sustainability!”

Cate originally wore the dress five years ago, at the Carol film premiere in London.

“When planning for any important event, make sure to look in your own closet first!” Stewart wrote on Instagram earlier this week.

“Clothes are meant to be cherished and worn again and again. Even if you are a world-famous actress.”

The fashion industry is the second largest polluter in the world, after the oil industry and is responsible for more than 10% of global carbon emissions. That’s more than all international flights and maritime shipping combined!

So will the likes of Cate Blanchett repeating her outfits make any significant change?

While the actual amount of carbon, water and materials being saved may be negligible, what Cate is doing is raising awareness about the importance of re-using and repeating in a modern world which thrives on the complete opposite.

She’s making it fashionable to re-wear what’s already in our closets instead of feeling the pressure to buy new.

She’s helping us think twice about the choices we make in our own lives.

And that’s something, isn’t it?

Cate will also be donating the gown to an auction raising funds for UN Women and Facing History, an organisation helping teachers and their students fight bigotry and racism.