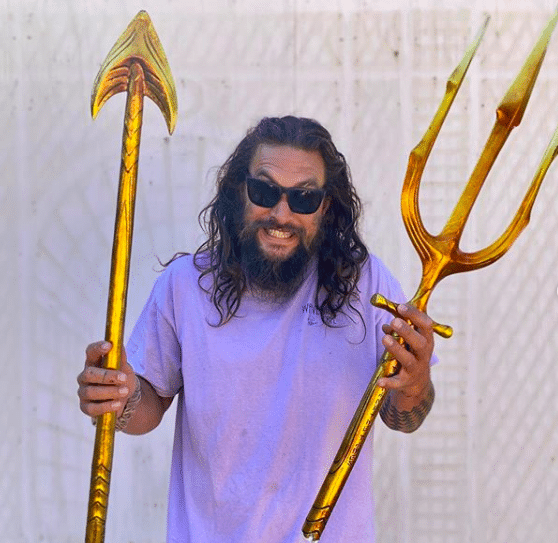 Jason Momoa has sent his Aquaman trident to a group of Greenpeace activists who swam to and are currently occupying an oil rig in the Danish North Sea.

The Hollywood star and environmentalist posted a photo of himself on Insta holding the broken trident from the hit 2018 movie as well as a photo of the four activists holding the trident on board the Dan Bravo rig. 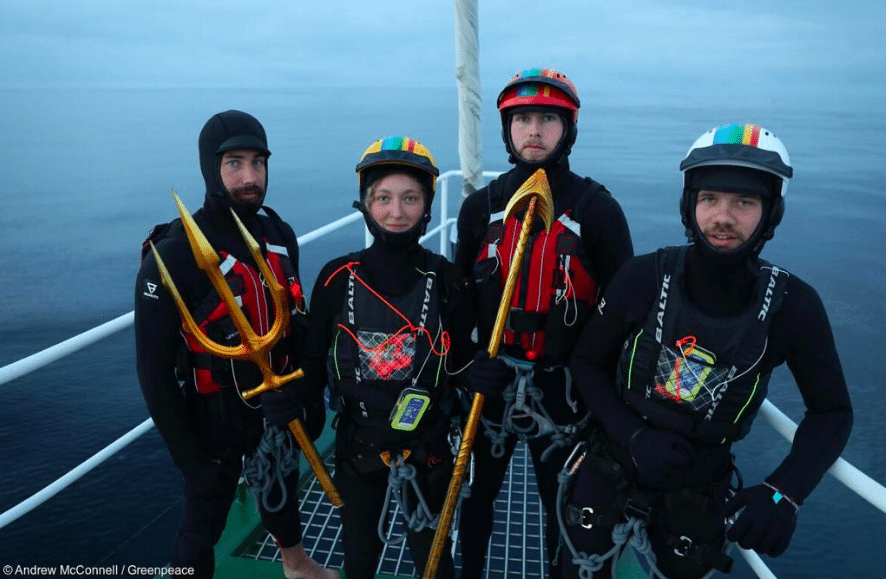 “Because I couldn’t be with them in person, I sent over my Aquaman trident in the hopes that it might help them protect our beautiful seas and planet from the real villains – the fossil fuel industry,” Momoa writes on his socials.

“Politicians need to step up to provide us with more sustainable sources, instead of allowing this industry to tear up our oceans and land. Aquaman would never let this shit happen, and neither should we.”

Of course, Momoa’s real aim here is to raise awareness amongst his 15.1 million Insta followers about the important work the activists are doing.

According to a statement from Greenpeace, it’s all about telling “the Danish government that unless politicians are brave enough to ban the search for new oil and gas, they will never be the green frontrunners they claim to be.” 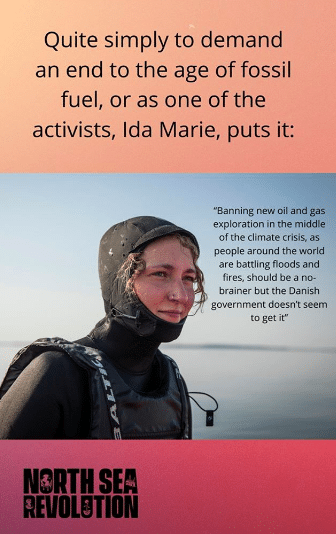 They’re demanding an end to drilling for oil, phasing out fossil fuel production in the country and expanding the use of clean wind power.

The Danish section of the North Sea currently has 55 oil rigs making Denmark one of the biggest oil and gas producers in the European Union.