Do you remember what you were doing when you were 12? Pretty sure my biggest concern was figuring out whether it was ironic or just plain unlucky that Alanis kept finding 10 thousand spoons when all she needed was a knife.

Jaden Smith on the other hand, was concerned about the oceans, the earth and all the creatures living on it. He was going on surf trips with his parents noticing plastic waste everywhere. He was thinking about the impact plastic bottles were having on marine life and ecosystems. He began learning about plastic production and its contribution to global warming. Together with his famous dad, Will Smith, and entrepreneur Drew Fitzgerald, he started an eco-friendly spring water company to address the many problems caused by plastic water bottles. 7 years later, JUST Water is stocked across the US, UK and now, here in Australia. But what makes it so great? Are they really that good for the environment?

The short answer is YES.

The long answer is HELL YES, as long as the company keeps evolving.

Here are 10 reasons why: 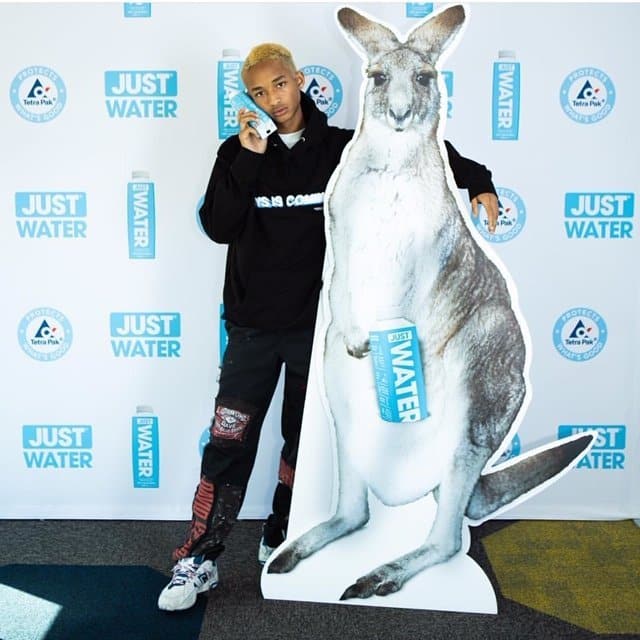 It certainly is. According to Planet Ark, right now in Australia, we’re producing 1 tonne of plastic waste every minute! And the plastic recycling rate is only 11.8%. So if we can take plastic out of the equation as much as we can, then we’re making progress.

Tell us below, do you think there are ways Jaden could improve his water cartons even more?

Flying Elephants and Talking Lions: The Disney Movies You Need to See This Year