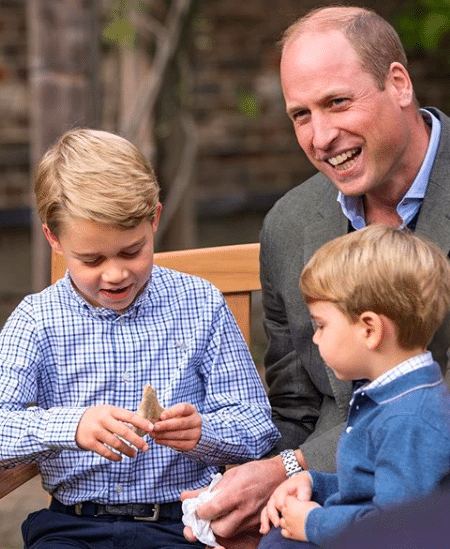 The Duke and Duchess of Cambridge and their three children have been spending some time with Sir David Attenborough this week.

The naturalist and documentary maker attended Kensington Palace for a private screening of his latest feature film, A Life On Our Planet.

During his visit, he gifted Prince George a fossilised tooth from an extinct shark, known as a carcharocles megalodon.

“Sir David found the tooth on a fmaily holiday to Malta in the late 1960s, embedded in the island’s soft yellow limestone which was laid down during the Miocene period some 23 million years ago,” a message posted on the royals’ Instagram page reads.

“Carcharocles is believed to have grown  to 15 metres in length, which is about twice the length of the Great White, the largest shark alive today.”

Sir David chatted to the Duke and Duchess as well as Princes George, Louis and Princess Charlotte after the screening.

The royals are currently working with Sir David on the Earthshot Prize, a cash reward for people who come up with innovative solutions to environmental problems.

Kit Harrington and Rose Leslie Are Expecting Their First Child