Prince Harry has launched a global campaign calling for a halt to oil drilling in Africa’s Okavango River Basin.

The Duke of Sussex who is also president of nongovernmental organisation African Parks, has teamed up with Leonardo DiCaprio’s environmental nonprofit Re:wild, which is made up of a group of renowned conservation scientists as well as Indigenous and community groups.

Together, they’re not only raising awareness about the disastrous and irreversible environmental consequences of corporate oil drilling in the region – but also calling for an independent public commission to make clear to the people living there, how this industry would impact their lives.

As part of the campaign, Prince Harry has written an op-ed in the Washington Post with Namibian environmental activist, conservationist and poet Reinhold Mangundu, where they describe the Okavango as a “force of life, providing the main source of water for nearly 1 million Indigenous and local people and some of the planet’s most majestic wildlife, including critically endangered species.”

They explain how the very area is now “under siege by ReconAfrica, a Canadian oil and gas company that has been granted licenses for exploratory drilling” in parts of Namibia and Botswana. 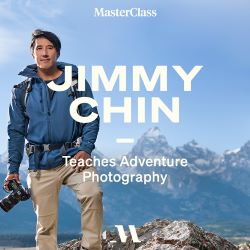 They join activists and environmental leaders from around the world who’ve signed their names in an open letter calling for the oil drilling to stop and to urgently protect the natural landscape instead.

“Local communities in Namibia’s Kavango East and West regions deserve an independent and impartial public commission to examine oil and gas exploration in a way that is transparent, involves extensive consultation with them, and makes clear how this industry would affect their lives, rights, water, food security and the natural environments of which they are custodians.”

The group is also urging all of us to learn more about the situation and join them in signing our names too. You can read the open letter HERE.

The Wait For New Music From Adele is Finally Over