As anyone who watches The Good Place would say, HOLY MOTHER FORKING SHIRT BALLS! Ted Danson just got arrested after taking part in a climate protest on the steps of the U.S Capitol building.

The Hollywood star was taking part in Fire Drill Fridays – a weekly gathering of activists in Washington D.C calling for urgent government action to tackle the climate crisis. He turned up with fellow legend Jane Fonda who was handcuffed by police for the third time in three weeks.

“The oceans are rising, and so are we!” 🌊🐋 ⠀⠀⠀⠀⠀⠀⠀⠀⠀ At today’s #FireDrillFriday demonstration, we highlighted the importance of protecting and restoration our oceans – with our own Greenpeace Oceans Director, John Hocevar! ⠀⠀⠀⠀⠀⠀⠀⠀⠀ This marks the 3rd consecutive Friday that @JaneFonda and activists have been arrested on the streets of Capitol Hill calling for climate justice. Mass actions like this are a powerful way of continuing the momentum of the climate strikes, demonstrating support for a Green New Deal, and ensuring the world’s attention at this critical time! ⠀⠀⠀⠀⠀⠀⠀⠀⠀ Same time next week?👌 ⠀⠀⠀⠀⠀⠀⠀⠀⠀ Today’s speakers: Greenpeace Ocean Director John Hocevar; activist, advocate and actor @TedDanson; professor and environmental social scientist Jennifer Jacquet; New York human Rights and environmental activist Denise Patel with @gaia_uscanada and Sea Turtle Rehabilitation specialist Whitney Crowder at @gumbolimbonaturecenter

@teddanson was just arrested for the first time. This is an inconvenient crisis so we must get uncomfortable and put our bodies on the line to demand action on climate and protection of our oceans. #firedrillfriday

Each week, activists who gather for Fire Drill Fridays highlight a different environmental issue. This week, the focus was on protecting our oceans.

Calling himself Fonda’s “new trainee”, Danson spoke to the crowds about the importance of sustainably managing fisheries.

The actors also held up signs saying “GET IN MOTION, HEAL THE OCEAN”, joined in with the chant “Grandmas for Greta” and basically had a good time: 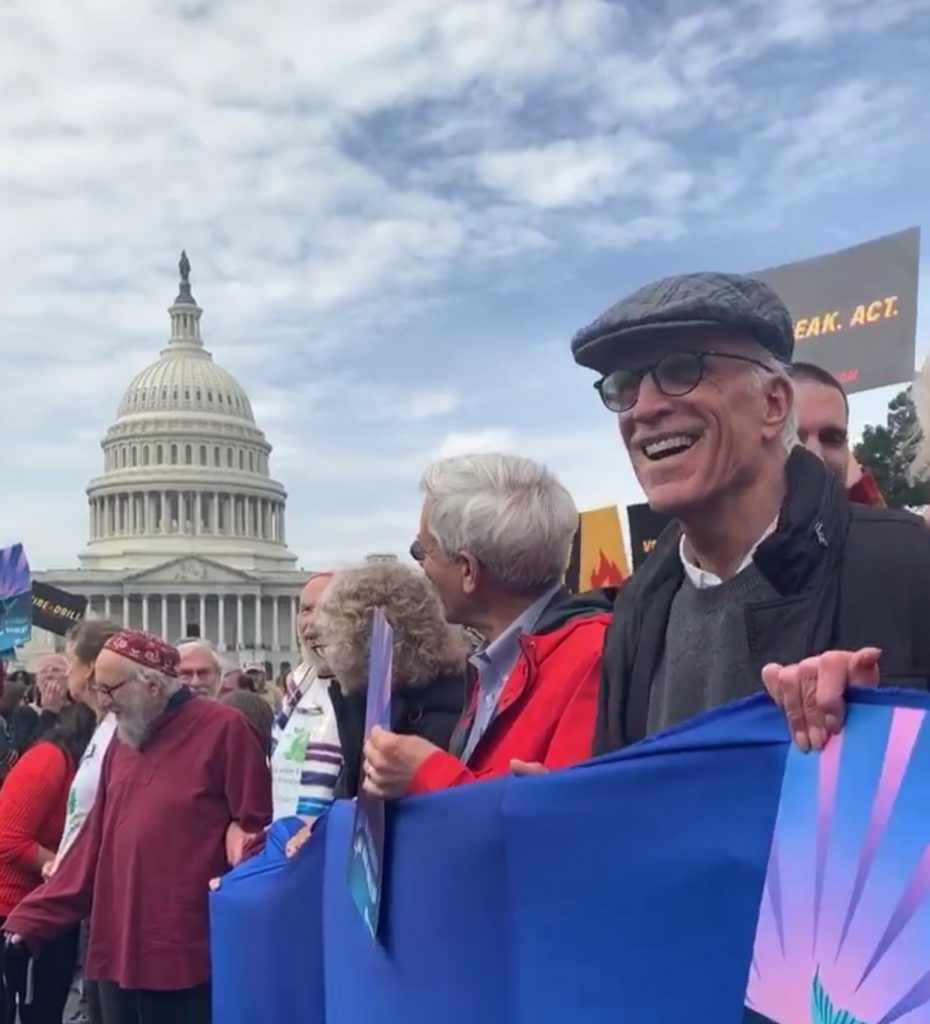 Ted Danson taking part in the climate protest before his arrest. (Photo: @firedrillfriday/Instagram)

Jane Fonda has relocated to Washington for four months to continue shining a light on the importance of climate action, to use Greta Thunberg’s words “because our house is on fire.”

Last week, her fellow Grace & Frankie star Sam Waterston protested alongside her and was arrested too.

J.Lo and A.Rod Donate a Year's Worth of Food to School