It’s Kim Kardashian West’s birthday and to mark the occasion, hubby Kanye has donated US $1 million dollars to causes close to Kim’s heart.

“I got amazing gifts from my whole family and Kanye [got] me the most amazing bags,” she tweeted. “But he also donated $1 million to my favourite charities that work so hard on prison reform on my behalf from him and the kids. This makes my heart so happy!” 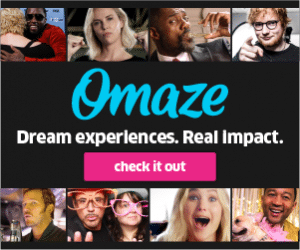 The organisations benefiting from the generous donation include Cut 50, where Kim has worked as a legal apprentice since 2018. The non-profit is working to transform the U.S. justice system not only through legislation but through the humanisation of individual cases.

One of Cut 50’s major achievements includes the ‘Dignity for Incarcerated Women’ campaign which has lead to dozens of laws being passed across America to ensure pregnant women are treated with dignity behind bars, are not shackled during childbirth and are not denied access to hygiene items.

I got amazing gifts from my whole family and Kanye for me the most amazing bags. But he also donated $1 million to my favorite charities that work so hard on prison reform on my behalf from him and the kids. This makes my heart so happy! pic.twitter.com/chNkyPRQGW

Other organisations receiving the donation include the Buried Alive Project, which challenges life without parole sentences handed down under federal drug laws, the Equal Justice Initiative, which tackles racial injustice and excessive punishment and the Anti-Recidivism Coalition, a support network for former inmates to help them thrive in the outside world.

Yep, you did good Kanye.