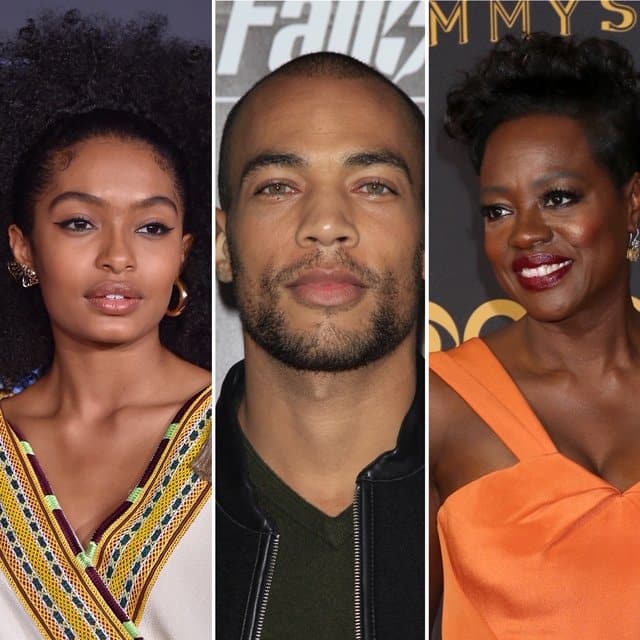 More than 300 Black actors, musicians and prominent figures in the media and entertainment industries have signed an open letter calling on Hollywood to show their support for the Black community both on and off the screen.

The letter is written by actor Kendrick Sampson who was shot seven times with rubber bullets at a recent BLM protest he co-organised in Los Angeles and is in collaboration with Avengers: Endgame’s Tessa Thompson and founders of the Black Lives Matter movement, Patrisse Cullors and Melina Abdullah.

Signed by Yara Shahidi, Viola Davis, Idris Elba and Octavia Spencer, the letter details a number of ways the industry can do better when it comes to justice and equality. 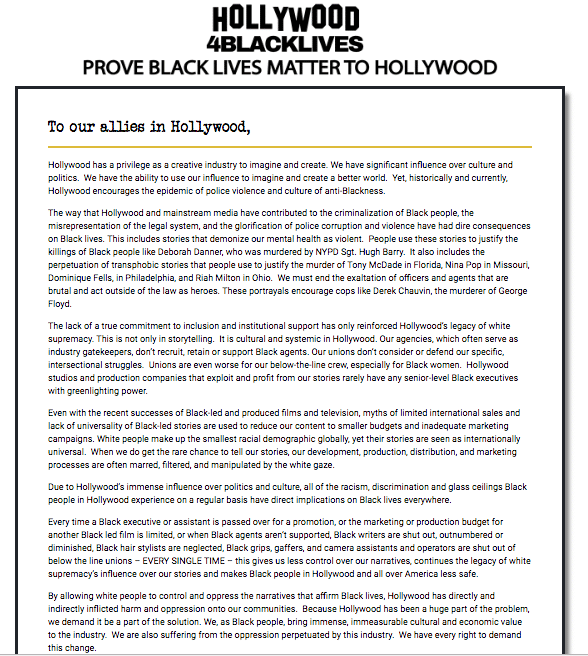 “Hollywood has a privilege as a creative industry to imagine and create. We have significant influence over culture and politics,” the letter begins.

“We have the ability to use our influence to imagine and create a better world. Yet, historically and currently, Hollywood encourages the epidemic of police violence and culture of anti-Blackness.”

The letter urges the industry to divest from police and use private security companies where possible, employ more Black people in executive roles, stop centering white stories and glorifying the perspectives of law enforcement and, invest in the careers of Black creatives and anti-racist content.

“By allowing white people to control and oppress the narratives that affirm Black lives, Hollywood has directly and indirectly inflicted harm and oppression onto our communities,” the letter reads.

In light of continued systemic, brutal murders of Black people by police and white supremacy, over 300 powerful members of the Black community in Hollywood are standing together with @mvmnt4blklives a coalition of community-based organizations from all over the country including @blklivesmatter @blmlosangeles @osopepatrisse @docmellymel to put together a letter and a list of demands calling on Hollywood to divest from police and make bold moves toward liberation and institutional support for Black people. Read our letter and full list of demands at www.BLDPWR.com. #Hollywood4BlackLives #DefundThePolice

Tiffany Haddish, Taraji P. Henson and Michael B. Jordan are also among the hundreds of names who have signed the letter.

“This recent amplification of Black centric media is a direct result of the nation and globe finally fighting to protect the dignity and value of Black life,” actress Tessa Thompson writes in a social media post explaining the reasons for the open letter.

“This letter is merely an invitation to begin the real work, of negotiations around how to make change actionable,” she continues.

“‘Hollywood’ is not an idea, an amorphous institution – it is a collection of people with power who can decide to do better.”

Last week, a statement signed by more than 1,000 well-known figures including John Legend and Ava DuVernay was released by Black Artists for Freedom calling for an end to racial inequality and urging cultural institutions to “break ties with police.”