Ricky Martin has been honoured with an award from the Human Rights Campaign and he’s dedicated it to LGBTQ refugees.

The superstar received the National Visibility Award over the weekend, for his years of philanthropy and advocacy work for the LGBTQ community.

Speaking with warmth and empathy, he said, “I want to dedicate this award to refugees, to members of the LGBT community who are walking right now, as this is happening. That are in the middle of the desert, leaving their countries because they feel threatened.”

That’s a wrap on the 23rd Annual #HRCNationalDinner! Thank you to all of our award recipients, special guests, speakers and attendees for an incredible evening of celebration and inspiration. . . . #WeAreHRC #LGBTQ #LGBT #Equality #HumanRightsCampaign #WashingtonDC #DCEvents 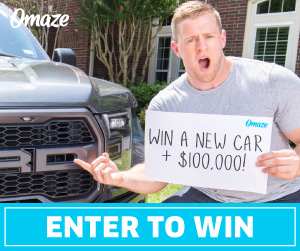 “They get to this country to ask for asylum. And just because of being who they are, asylum is not being granted” he continued.

Using the political changes in Puerto Rico earlier this year as an example, Ricky reminded everyone how change can take place peacefully. The singer was a major voice in protesting then-Governor Ricardo Rosselló who eventually resigned from power.

He finished his speech by asking the audience to do their part in supporting LGBTQ refugees too: “Ladies and gentlemen, the only thing that I’m asking for is to go out there and vote.”

Check out his full speech below where he also announces (very adorably!) that he and partner Jwan Yosef are expecting a new addition to the family: