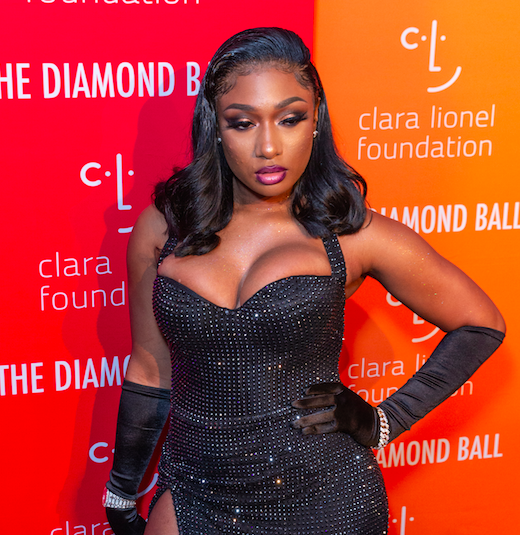 Megan Thee Stallion is starring in the 2021 Fall/Winter campaign for luxury fashion brand Coach and it may just be one of the best ads we’ve seen in a long time.

The “WAP” rapper channels her inner “Mean Girl” Regina George (yes, as in the 2004 comedy starring Rachel McAdams) as she showcases her latest outfit, leaving the girls gossiping about her coolness and the boys falling over themselves.

“Megan Thee Stallion is flawless,” gushes one of her fellow students.

“Her nails are so long, she accidentally gouged my eye out. And it was AWESOME!” another exclaims proudly, giving two thumbs up.

“I heard that she was walking down the street and a guy saw her and crashed his car. It was so fetch. Or not. It was awesome,” says another, paying tribute to actress Lacey Chabert’s character, Gretchen, in the cult-classic film who, as we all know, kept trying to make “fetch” happen.

The promo which is part of a broader campaign also starring Jennifer Lopez and Michael B. Jordan, has gone viral racking up close to 3 million views on Twitter in less than 24 hours.

“I have always loved exploring the intersection of fashion and pop culture at Coach,” creative director Stuart Vevers said in an official statement.

“I am excited to bring my latest vision for the house to life via ‘Coach TV’. I wanted both the collection and the presentation to make sense and resonate in these unique times and I am excited to share both in a way that I hope will entertain and inspire.”

Yep, pretty sure you nailed it.

Watch the ad below: