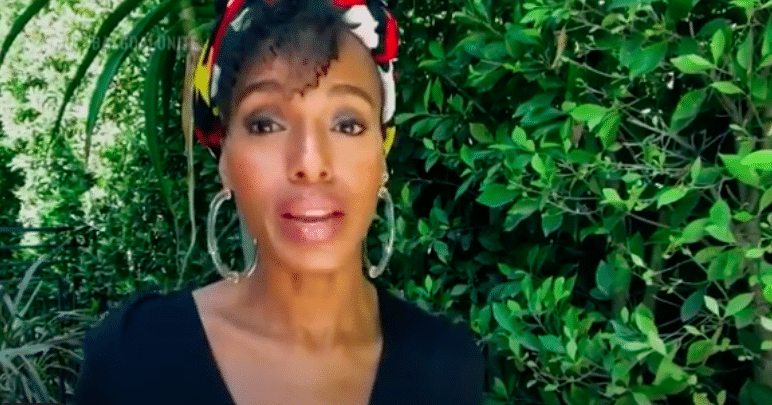 Kerry Washington, Billy Porter and Opal Tometi have all taken part in the Global Citizen “Unite for Our Future” concert to highlight the impact of COVID-19 on marginalised communities – in particular, people of colour.

The special event, which was hosted by Dwayne “The Rock” Johnson, featured dozens of artists and activists from around the globe including Selma Hayek, Justin Bieber, Shakira and Coldplay.

Washington used her platform to speak out against systemic racism and the impact on children:

“Racism has been intertwined in our system for centuries,” she begins. “Structurally targeting people of colour. Black people. My people.”

“When our children ask what we did to have an impact, I want to be able to tell them that I was a part of the fight for liberation, freedom, and equality for all people,” she said. “That I answered the call – that is what I will say to my kids. What will you tell yours?”

The actress then introduced Opal Tometi, co-founder of the Black Lives Matter Movement who spoke of violence, systemic racism and how the Black community is disproportionately impacted by the pandemic.

“We can’t afford to behave naively and believe the idea that resources will trickle down to Black communities,” she explained.

“Instead we must focus on ensuring that testing and access to quality healthcare is available to everyone.”

Later during the concert special, actor Billy Porter expressed his gratitude for civil rights leaders, “from Ms Rosa Parks to Malcolm to Martin as well as transgender activist Marsha P. Johnson, who boldly stood on the front lines at Stonewall in 1969.”

“And it’s up to us to keep on fighting,” he continues.

“And now, during the summer of 2020, young activists have flooded the streets around the globe to continue fighting for justice, for Black people, for the LGBTQIA community. The world is changing right before our eyes and it’s a beautiful thing to see.”

The concert has mobilised over $6.9 billion in pledges for COVID-19 relief from governments, philanthropists and big corporates including Google and Johnson & Johnson.