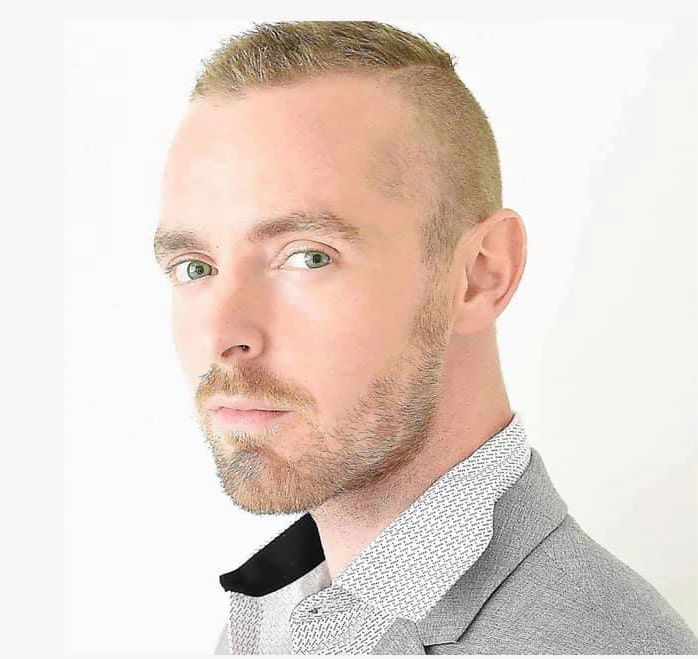 Just over a year ago, photographer Glenn Marsden set out on a mission to capture raw, powerful images of celebrities and other influential figures to help start a discussion about mental health and suicide.

And boy, has he started one.

His Imperfectly Perfect Campaign is gaining worldwide attention as he disrupts our social media feeds with the reality of mental health rather than the glossy, highlight reel we’re so used to.

We had a chat to him about his project and how he hopes to change the dialogue around mental health online. 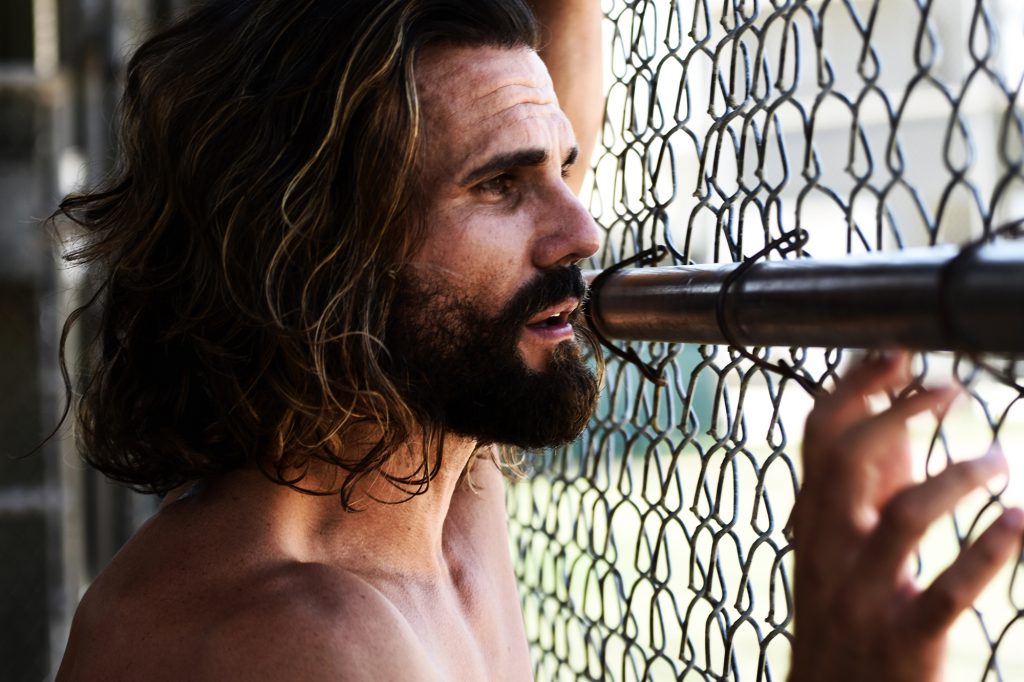 Why did you start the Imperfectly Perfect campaign?

GM: I was inspired to show the true nature of mental health by the loss of a good friend to suicide. Nobody knew that he had been going through any emotional struggles due to a lot of his social media being filled with ‘highlight reels’ that we all too often see. So I set out to capture powerful images to raise awareness for mental ill-health and suicide prevention.

I wanted to use my photographic skills to give people the opportunity to genuinely express their emotions and connect in a world that has become so isolating. I began taking photos of high-profile people I knew who had suffered from mental health issues or were closely connected to someone who did. I then used social media as a global public gallery to display those photos and the story behind them.

Why is it so important to share these stories about mental health?

GM: Mental health has long been a sensitive and nuanced topic worldwide and with its devastating prevalence, it’s a subject that’s too close to home to ignore. While we continue to learn more about mental health every day and collectively work to dissolve the stigma that comes with it, we know the positive impact awareness can make and bring the subject to the fore-front. And by way of sharing stories and personal experiences, it draws in a connection that makes us ‘feel’ like it is ok to share our own story and seek help and there is no shame in doing so. 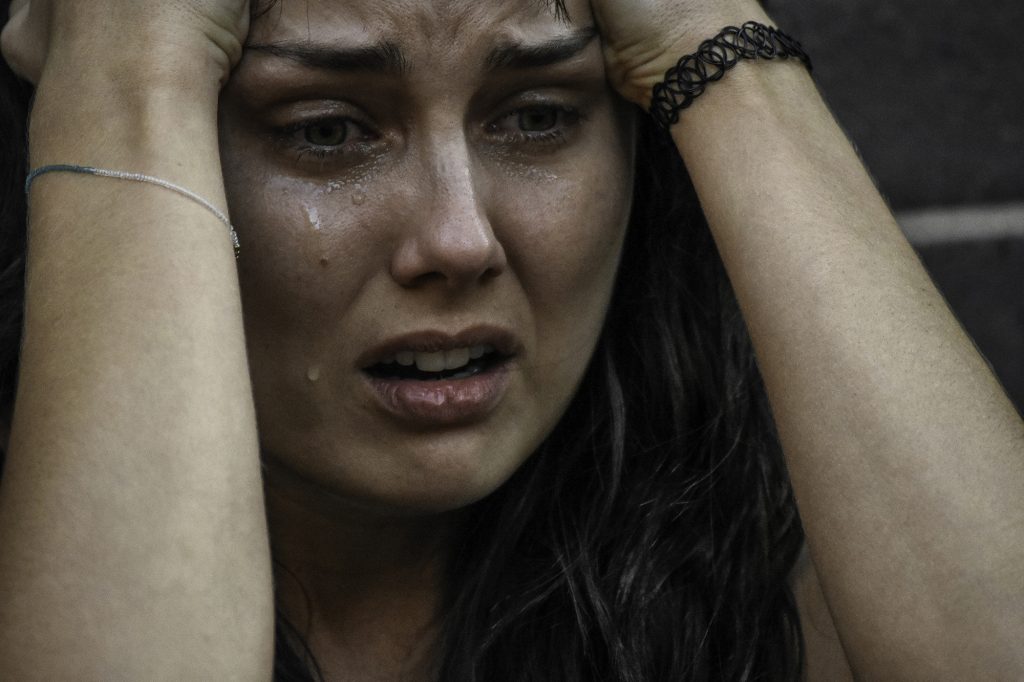 What is the impact on us when we see more of these real images in our social media feeds?

GM: The images are raw, compelling and they’re very real. Mental illness isn’t pretty and with these amazing people coming on board and showing that vulnerability, its impact is seeing and striking a chord with people on a very personal level.

10 years ago, mental health did not get the same acknowledgment or understanding it does now. Do you think we are shifting our attitudes as a society?

GM:  I do believe we are. I feel more awareness campaigns and grass-root level initiatives happening amongst communities. We are seeing the conversation being normalised and gaining a lot more understanding around how we look at mental health.

You take some incredibly raw images of celebrities looking anguished and in pain. How do you get to that point with them as a photographer?

GM: Thank you first of all. It is always hard for somebody to dig deep and share something so personal to them. In these instances, it’s been my whole job to create a safe zone so that the people on my campaign feel so secure with me that they allow themselves to essentially strip back their smiles of everyday life and expose their own story and feel open enough to share that story with myself and through the campaign.

Again, it can be very emotional at times, as shooting someone sharing something that is so authentic and raw to them and seeing the hurt that they have been through, that in itself can affect everyone involved.

It’s a moment in time do that split second when they connect with the camera. You can literally see into their soul and feel every little bit of pain they must have endured at one time or another – and that right there is what I truly believe is why it has resonated with so many people out there. 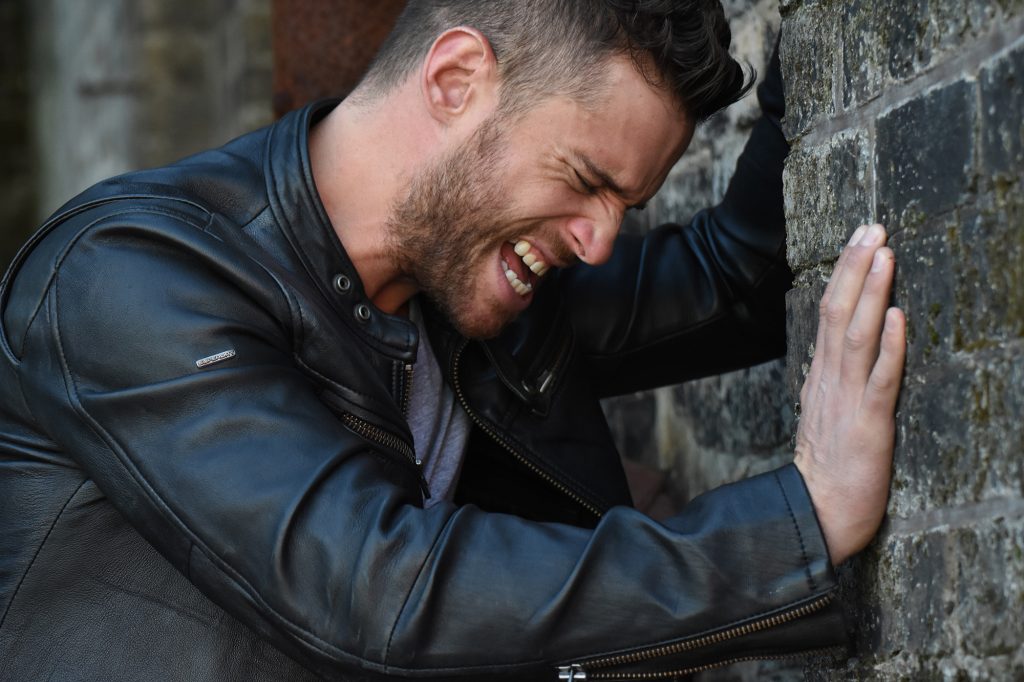 Who are some of the people who have jumped on board to support your work?

GM: To date, and we are passing the 15-month mark, there are now over 180 influential public figures behind the campaign from Australia, New Zealand, the UK and the USA. Incredible people including Jeremy Jackson, Justin Guarini, Angie Everheart, Dominic Purcell, Rebecca Gibney, Grant Denyer  amongst a whole lot more.

What do you hope to achieve with the campaign?

GM: The campaign has fast amassed international attention and within short succession so I truly just hope to see its growth continue to reach more people globally and keep resonating with people. It aims to normalise the conversation surrounding mental health.

The overarching aim of the @imperfectlyperfectcampaign is to change the face of mental health by dismantling the stigma around it globally. _ It shows the world that mental health is a serious issue with no barriers of fame, fortune, social status, creed, beliefs, ethnicity or age. _ Within 15 months, it has captured the hearts and minds of people from across Australia, been growing in the UK and the USA and has now become a rapidly growing global movement for change, consistently making mainstream headline news. _ What this has meant is that now I can chase even greater goals in my efforts to change the face of mental health to take this campaign to international levels with the incredible platform it has gained, which has been rolling out with the campaign moving in to many sectors, film and more. _ For that I am very grateful to each and everyone of you it has touched and resonated with. _ Now, many have asked why I don’t partner with an already existing charity or set up a charity myself. _ My simple answer is, I respect all the organisations out there towards what they do towards the mental health sector, but to be authentic and true to myself and what I believe, I don’t agree on all the things some of them do, spend money on & some initiatives they roll out. Not to say it’s wrong but we all have different views and ideas. I have my own initiatives and like many large organisations; they all started exactly where the @imperfectlyperfectcampaign started. There is certainly more than enough room for people to try and help combat the stigma towards mental health. In terms of setting up a charity, it is something that is & has been in the pipelines yes & all contributions have already set processes in place, but to also take internationally, the processes take a lot longer. _ With so many charities heavily relying on funding, grants and fundraisers which is fine, again, it’s not something I want to rely on for my campaign. Which is why, what I am doing is setting things in place with some incredible people to become self sustainable. _ The @imperfectlyperfectcampaign has some big audacious goals and with aims to roll out internationally, watch this space!!

A post shared by ImperfectlyPerfect ™️ (@imperfectlyperfectcampaign) on Mar 14, 2020 at 4:19pm PDT

For more info, you can check out:

Shakira Graduates from Ancient Philosophy Course She Started During Quarantine