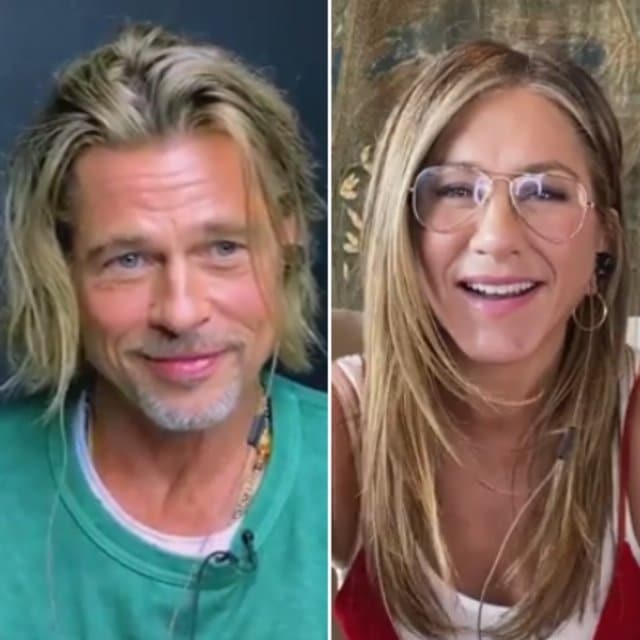 And that was just the beginning of the Brad Pitt and Jennifer Aniston reunion that sent everyone a little bananas! If you haven’t already seen it, well here it is below. You’re welcome.

Oh and yes, there were other big names there too – Julia Roberts, Matthew McConaughey, Henry Golding, John Legend and Morgan Freeman just to name a few.

They were all taking part in a live table read of Fast Times at Ridgemont High to raise money for CORE (Community Organised Relief Effort), a non-profit co-founded by Sean Penn who starred in the original 1982 version of the movie.

The virtual event, hosted by comedian Dane Cook, has been watched 5.5 million times and so far, raised over $100,000 for CORE who’ve been doing some incredible work during the pandemic including carrying out over 1.5 million free COVID-19 tests in some of the most at-risk communities across America.

A portion of the funds will also go to criminal justice reform organisation Reform Alliance who are working to reduce the spread of COVID-19 in prisons.

Celebs Get Ready For the 2020 Virtual Emmy Awards