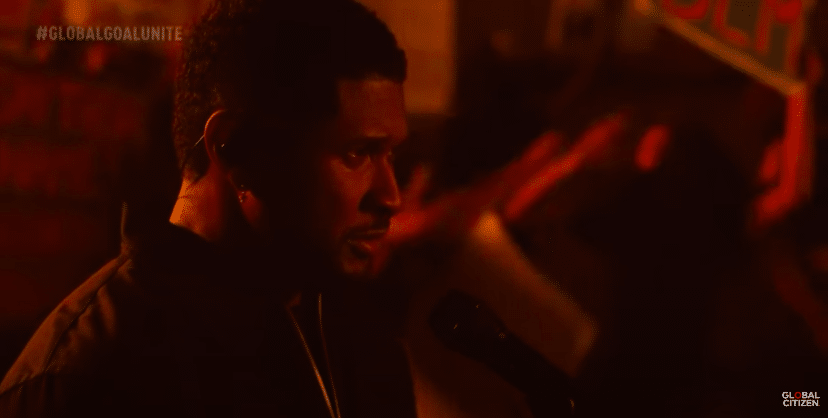 It was easily the most powerful and emotional performance at Global Citizen’s “Unite for Our Future” concert – and one that has received rapturous support online.

Usher has performed his new single “I Cry” for the first time, a song inspired by the Black Lives Matter movement.

The performance began with the singer saying “I can’t keep it together,” his eyes filling with tears as he makes it to the chorus.

Masked Black Lives Matter protestors then join him during the show, at one point they lay on the floor with their wrists behind their backs as if they were handcuffed. 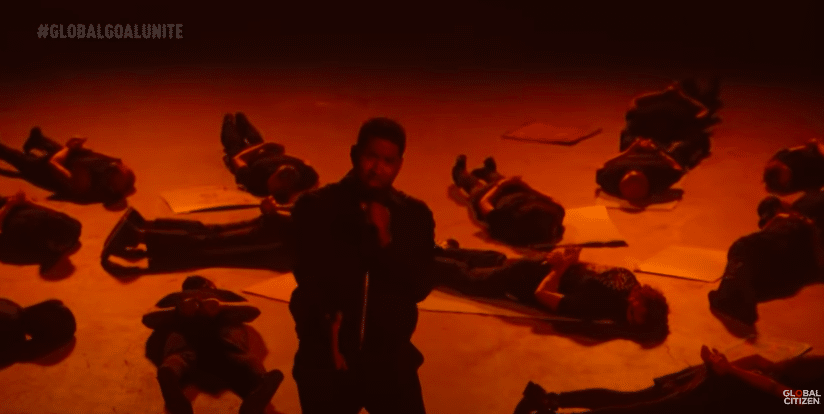 The song ends with the words “If you love somebody, let them breathe.” Watch the full performance below:

In a statement, Usher explains that the song is not only a way of highlighting the importance of the BLM movement, but also a message for his two young sons:

“This song was inspired by wanting to teach my sons that it is OK for a man to feel emotions deeply and to cry. Like many men, I was raised to believe that we have to be ‘tough’ and not show our vulnerability, which I don’t want to teach them. While I was shut in during the pandemic and watching the death of George Floyd, the ongoing slaughtering of Black men and women, the protests and the events that unfolded, I became very connected to the wider universal feeling of hopelessness. Like many, I grew increasingly frustrated by how slow things have been to change. I became very depressed thinking about all sons who have lost their fathers to police brutality, social injustice and violence; the daughters and mothers too. So I returned to this song and realised it was intended for this time, so I finished it and here it is.”

Proceeds from the track are going to the Local Initiatives Support Corporation which provides grants to Black-owned small businesses and organisations.

Usher was one of dozens of artists taking part in the live streamed Global Citizen event including Shakira, Miley Cyrus and Coldplay who dedicated their performance of “Paradise” to Elijah McClain, a young Black man killed last year by Colorado police.

The purpose of the concert was to highlight the impact of COVID-19 on marginalised and vulnerable communities. The event managed to mobilise over $6.9 billion in pledges from world governments, philanthropists and big corporations for coronavirus relief efforts.