‘Perfect’ singer Ed Sheeran just gave one of his young fans the best surprise EVER. The superstar teamed up with Kids Wish Network, an American charity that grants wishes for kids with life-threatening illnesses, flying Carter Wagner and his family to Ed’s gig in Boston.

10-year-old Carter who lives with an autoimmune disease had never been to a concert before so he was obviously stoked to find out he would be watching his favourite singer live – but the big surprise came just hours before the show when he was told he would actually get to MEET the Ed backstage!

“I was surprised and nervous. It was crazy,” says Carter, “I didn’t think I’d ever be meeting him!” 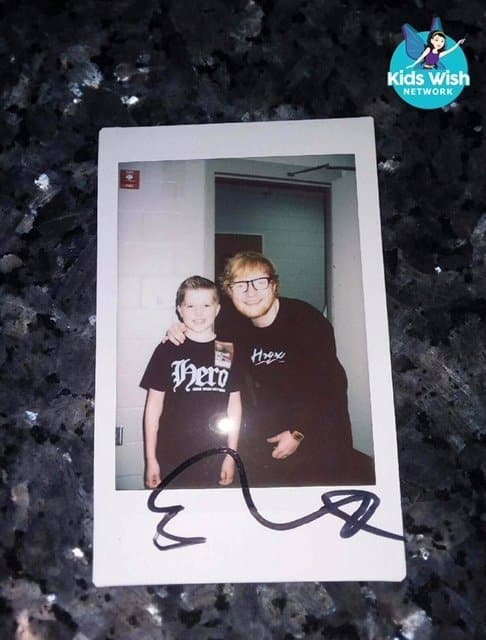 A polaroid of Carter and Ed Sheeran signed by the superstar! (Photo: Kids Wish Network)

They talked about Carter’s favourite song, which just happens to be ‘Photograph’ by Ed.

The Kids Wish Network made sure it was an extra special day for Carter and his family. They were put up in the Presidential suite at the Battery Wharf Hotel for the night and were treated to meals at Red Robin and Mark Wahlburg’s restaurant chain Wahlburgers. No surprise, there were smiles all round! 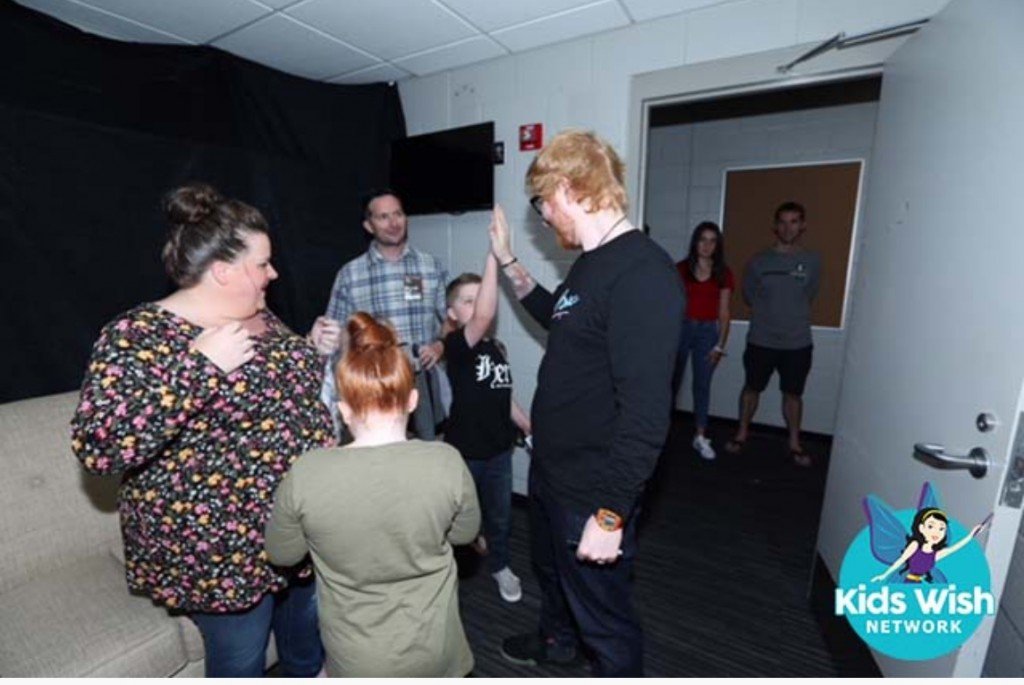 Kindness and Purpose: The Young Royals Nailing It.