She’s the 22-year-old muso from Bathurst whose voice has the honesty of Norah Jones, the soulfulness of Stevie Wonder and the power of Adele, and she’s using that incredible voice to get us talking about violence against women. Her name is Gabbi Bolt.

Those are just a few of the lyrics from Gabbi’s debut single “Girl’s Eyes” that speaks out about the injustices women face everyday. The Charles Sturt Uni student – who’s donating all profits from the song to Rape and Domestic Violence Services Australia and the Bathurst Women and Children’s Refuge – started writing it in February, to vent her frustrations about the sexism she was experiencing in her own life: “Things like…people ridiculing me for wearing an outfit too revealing or having too strong an opinion. Basically, what I’ve subconsciously been told all my life as a musician is ‘shut up, sit there and sing.'”

The song quickly evolved as horrific stories about violence against women began dominating news headlines. One of those headlines being the senseless murder of Eurydice Dixon, a 22-year-old comedian who was raped and killed while walking home after a gig in Melbourne earlier this year. “I was fed up and angry,” Gabbi explains. “As the stories in the news became more prevalent, I changed a lot of the lyrics because I realised this wasn’t just my story to tell anymore.” 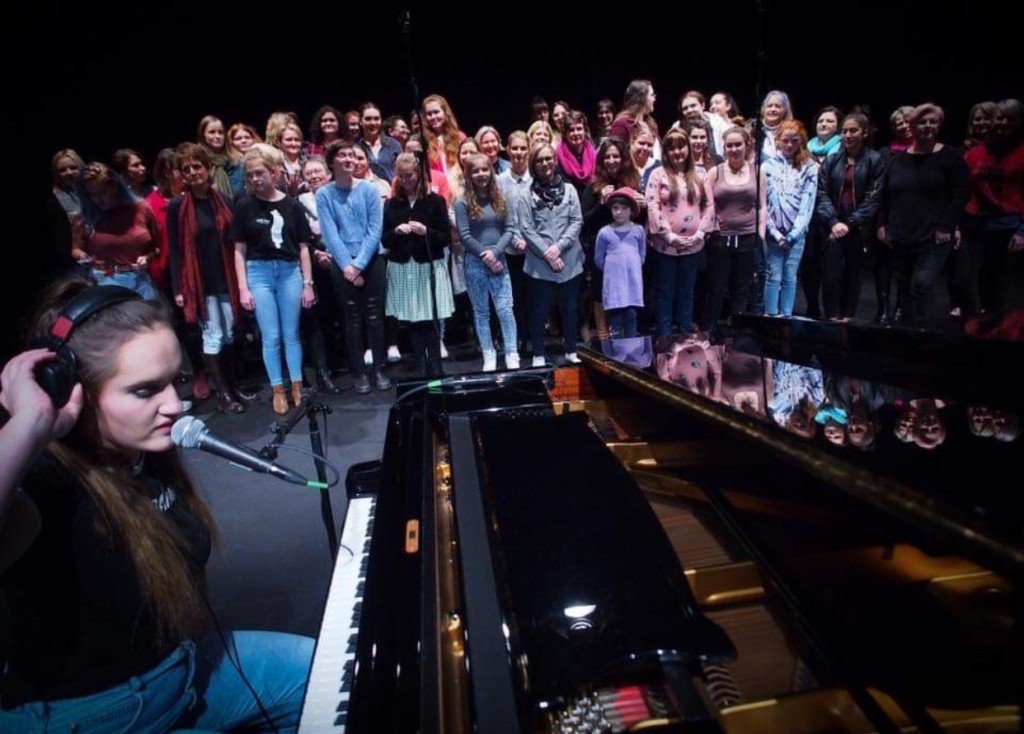 Gabbi was initially reluctant to release the song but that all changed when she performed “Girl’s Eyes” at a gig in Milthorpe. The crowd, so impressed by her music and determined to see the song released, literally began handing over cash to help with recording costs.

Yep, this song was meant to be.

When word spread that Gabbi was officially recording “Girl’s Eyes”, friends and strangers began volunteering their time and resources to help make it happen. Women and girls from Bathurst as well fellow Charles Sturt Uni students sing on the track  and also feature in the video clip. “They’re not actors or singers, they’re real, everyday women….they’re all beautiful and some have since told me their own stories of abuse and harassment.”

Gabbi’s hoping her song will generate an important conversation about all forms of violence against women and challenge society’s expectations. We have no doubt it will resonate with a lot of people.

You can check out her just-released EP “Grey Into Blue” below or purchase and download her single “Girl’s Eyes” HERE.

On the Black Carpet With Jamie Lee Curtis

Angelina Jolie Speaks Up For Venezuelan Refugees and Praises Peru