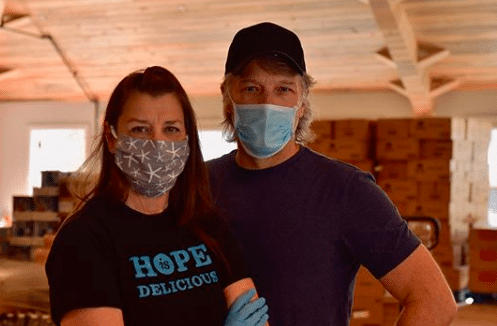 When rocker Jon Bon Jovi and philanthropist wife Dorothea heard that food pantries in New York’s Long Island were struggling to meet demand due to the COVID-19 pandemic, they knew they had to do something to help out.

This week, the famous couple opened a food bank through their Jon Bon Jovi Soul Foundation. With the help of local food distributors and hunger-relief organisations, it only took them 3 weeks to set it all up! 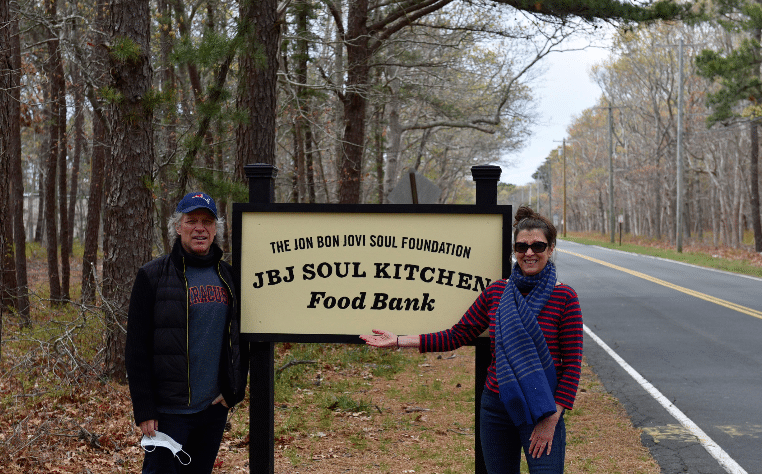 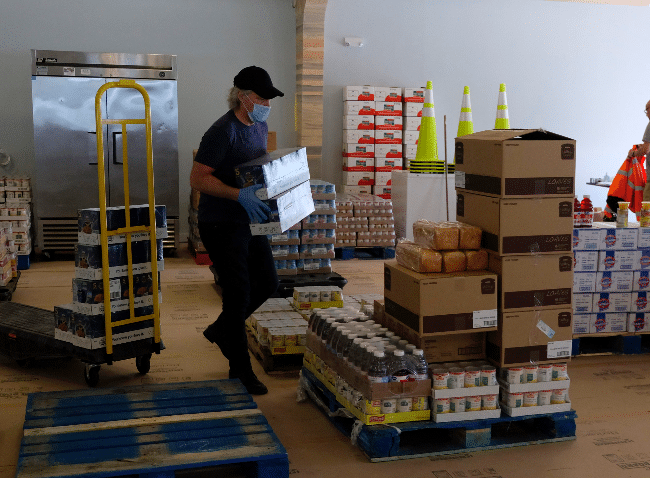 “The pandemic has strained food distribution networks around the country,” Bon Jovi says in a statement, “and after hearing from organisations on the ground about its local impact, the need for a food bank on the East End became clear to us.”

It’s called the JBJ Soul Kitchen Food Bank and it stores food and groceries that have been donated to or purchased by Bon Jovi’s foundation before distributing the items to local organisations serving communities in need.

We are proud to announce the formation of the JBJ Soul Kitchen Food Bank to service East End of Long Island food pantries. With local organizations struggling to meet rising need as a result of the COVID-19 crisis, we have made a pledge to finance the food bank—which begins distributing food this week—to bolster local efforts to combat food insecurity throughout the summer. For more info, click the link in our bio. To donate: https://bit.ly/JBJSKFoodBank

“Since the COVID-19 crisis began, we have seen demand nearly triple from the after-school families and senior populations we serve,” explains Bonnie Cannon, Executive Director of the Bridgehampton Child Care Center. “Before, we served approximately 70 people on the first Thursday of every month. Now we serve approximately 200 people per week. I am so glad to be part of this endeavour.”

The new food bank is working with several pantries and aims to help feed at least 5,000 people every month.

There are also plans for the food bank to give out pre-made meals from Bon Jovi’s Soul Kitchens to the homeless and families who might not have access to cooking facilities.

A huge thank you to Shawn and the @us_foods team for working with us on the JBJ Soul Kitchen Food Bank on the east end of Long Island, NY.

Dorothea and Jon Bon Jovi have been working to break the cycle of poverty and homelessness since 2006 through their Soul Foundation and since 2011, have been addressing food insecurity through their various Soul Kitchens in New Jersey.

Camila and Matthew McConaughey are Delivering 110,000 Masks to Rural Hospitals in Texas