When she’s not playing the trumpet, sweeping opponents in JiuJitsu or making slime, Ridley Asha Bateman is lighting up the screen with her charisma, confidence and talent.

The 9-year-old from California who also likes to bake, do parkour and hang out with her big brother Caden, is the daughter of multi-skilled actress and singer Rachel Luttrell and stunt performer, director and award-winning cinematographer Loyd Bateman.

Her latest project is Netflix thriller Lou, starring Allison Janney and Jurnee Smollett, about a young girl who is kidnapped during a powerful storm. Ridley tells CelebrityKind about the lessons she learned working with such accomplished actors, navigating the film’s scary scenes and the thrill of seeing herself on screen for the first time:

There are some scary moments in ‘Lou’! What was it like being a part of those scenes?

Ridley: Well, I wasn’t really afraid ’cause I knew that it was make believe, and the people I was working with were really nice. I did find one scene really scary but they took it out of the final edit. So, it was part of the cave scene where I had to walk to Logan Marshall-Green’s character, who was going completely insane. I had to walk up to him and tap him on the shoulder. He yelled when I did and I got really scared!

You get to work with some amazing people in the film including Allison Janney and Jurnee Smollett. What was it like being on set with them and what did you learn?

Ridley: It was actually very fun working with Allison Janney and Jurnee Smollett. They were really nice and I found it really fun working with them. When we were filming the beach scene, I saw Jurnee walking around the shore and gathering her thoughts to get into the moment for the scene. I decided that was a good idea so I walked by the shore with my mom. 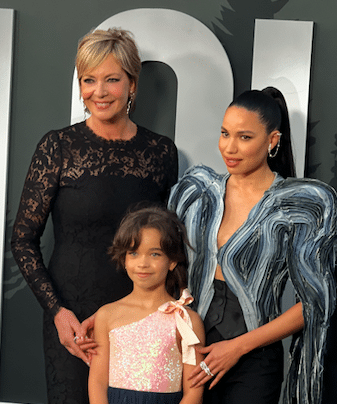 I also found it really fun because in the bedroom scene with the lightning coming down, I wanted to do a sit-up competition and Jurnee joined in! I didn’t know that they were rolling but they were and they turned it into the scene! That moment didn’t make it into the final edit.

And I learned another thing from Allison. She’s a huge star and she’s won lots of awards. But even when you’re famous, always stay nice and humble! Both of them are really, really nice. 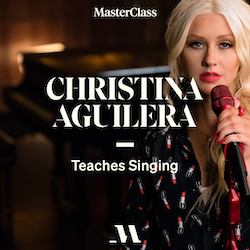 What is the best part about acting?

Ridley: The best part about being an actress is working with new people, learning stuff from people who have done many things and know a lot more about acting and getting to play fun characters. I also like to travel to new places!

What was it like seeing yourself in a movie for the first time?

Ridley: The first time I saw myself in a movie it was kind of weird ’cause I have never seen myself on TV before. And I was like, oh my gosh! People will see me and I might be famous! Wow!

Kelly Clarkson Gets Her Star on the Hollywood Walk of Fame