Anytime the Foo Fighters perform in Kansas, members of the hate group who call themselves the “Westboro Baptist Church” (but FYI are not actually affiliated with any Baptist denomination and have in fact been denounced by the Baptist World Alliance) rock up to protest outside their concert venue.

And they did just that last night, near the Azura Amphitheater in Bonner Springs holding hateful signs and shouting even more hateful messages.

So how did Dave Grohl and the band respond?

With love, of course….and a little disco! 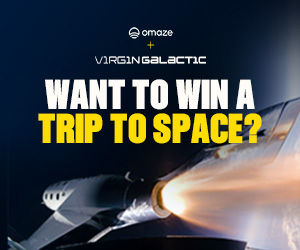 In a now-viral video posted on Twitter, Dave can be heard saying, “Alright now! Ladies and gentlemen, I got something to say,” while standing on a flatbed truck slowly driving past the haters.

“Because you know what? I love you. I do. The way I look at it, I love everybody. Isn’t that what you’re supposed to do? Can’t you just love everybody? ‘Cause I think it’s about love. That’s what I think. I think we’re all about love and you shouldn’t be hating. You know what you all should be doing? You should be dancing!” he says before launching into a rendition of the Bee Gees’ “You Should Be Dancing”.

Which is obviously the perfect response given the Foo Fighter’s disco alter-ego, the Dee Gees, recently released a bunch of Bee Gees covers.

Now at this point, you may be wondering why the Westboro protesters hate the band so much and I wish I could give you an answer but alas, I am just as clueless as the next person. All I know is that this has been happening for years.

And for the Foo Fighters, it’s become a bit of a tradition to respond to them.

Like that time they dressed up as a country and western band and recorded their song “Keepin It Clean” with the Westboro peeps as their unwitting audience:

And that time they drowned out the Westboro hate by blasting Green Day’s “American Idiot” then Rich Astley’s “Never Gonna Give You Up” from a flatbed truck they were travelling on with drummer Taylor Hawkins famously holding a sing that read “You Got Rick Roll’d (Again).