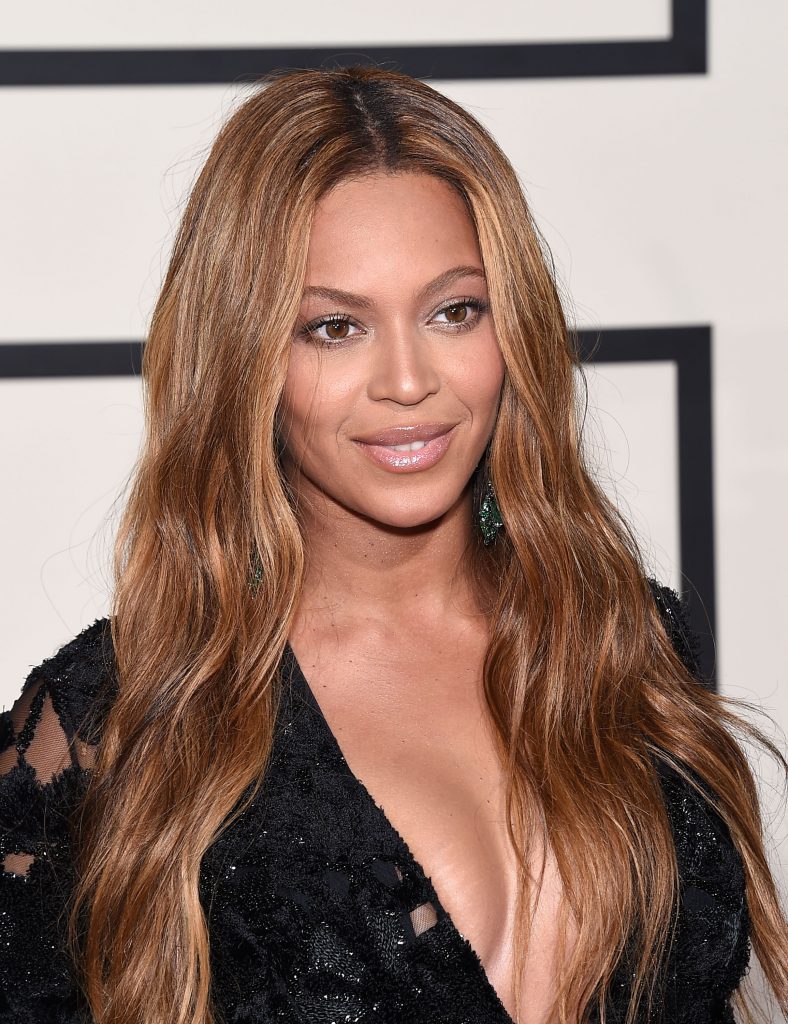 Beyoncé has written an open letter to the Attorney General of Kentucky demanding justice for Breonna Taylor – a 26-year-old Black woman who was shot in her sleep during a police raid.

The police were in the wrong house. And no one involved has been held accountable so far.

“It has now been over three months since members of the Louisville Metro Police Department (LMPD) killed Breonna Taylor,” the singer writes to AG Daniel Cameron.

Justice for Breonna. Click the link in my bio to take action.

“Plainclothes officers with a ‘no-knock’ warrant forced their way into her apartment, where she was asleep and unarmed. Moments later, the officers fired over twenty shots into Breonna Taylor’s home, striking her at least eight times,” Beyoncé continues.

“Their incident report states that Ms.Taylor suffered no injuries – yet we know she was shot at least eight times. The LMPD officers claim they announced themselves before forcing their way into Ms. Taylor’s apartment – but her boyfriend who was with her, as well as several neighbours, all say that is untrue.”

Recently, the Louisville police department voted unanimously to pass “Breonna’s law” which bans no-knock warrants but Beyoncé  writes “these small steps in the right direction are painful reminders that there has still been no justice for Breonna Taylor or her family.”

The singer then calls on AG Daniel Cameron to criminally charge the three officers involved in the fatal shooting and commit to investigating the LMPD’s response to Breonna Taylor’s death.

“Your office has both the power and the responsibility to bring justice to Breonna Taylor and demonstrate the value of a Black woman’s life,” Beyoncé continues.

“With every death of a Black person at the hands of the police, there are two real tragedies: the death itself and the inaction and delays that follow it. This is your chance to end that pattern.”

You can read Beyoncé’s letter in full below: 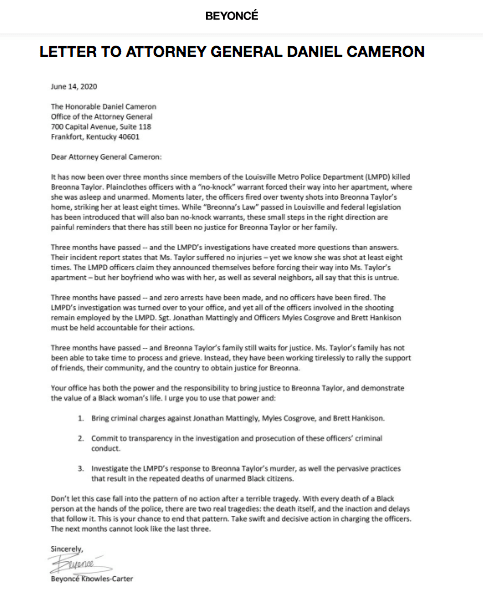 Beyoncé has also shared links to two petitions on her website demanding justice for Breonna Taylor: