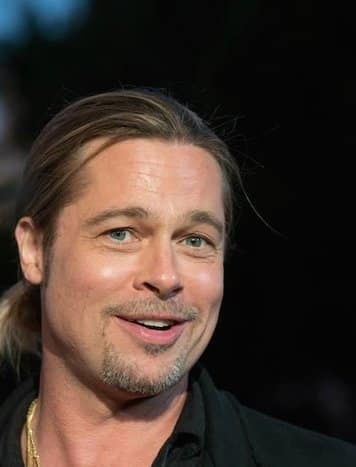 According to several media outlets, in the last 24 hours, Brad Pitt has been on a date with Elle Macpherson AND he’s been getting cosy with Sienna Miller! (Insert shocked face!)

The truth is, Brad has been doing A LOT more than anything that’s ever written about him in the mags. Lucky for you, I have made a list of all his greatness:

1. Brad Pitt has been putting a roof over the heads of people who have lost EVERYTHING.

The actor, who’s always had a bit of a thing for architecture, started the Make It Right Foundation in 2007, in the wake of Hurricane Katrina. He donated $5 million at the time to help rebuild New Orleans. Since then, his organisation has been building safe, affordable and environmentally-friendly homes for struggling neighbourhoods across America. They’ve built “green” houses for disabled veterans in New Jersey and for the elderly in Kansas City, partnered with Native American tribes to build homes on the Fort Peck Reservation and trained hundreds of workers in “green” building.

2. Brad has played an important role in promoting stability, healthcare and education in Cambodia.

This is where his son Maddox was born. The actor co-founded the Maddox Jolie Pitt Foundation (MJP) with Angelina in 2006 to help the people of Cambodia as well as focus on conservation. You know all those ridiculous amounts of money paid by media organisations for exclusive photos of the Jolie-Pitt kids? It’s been going towards MJP’s projects.

3. Brad is raising awareness about global atrocities that get little media attention.

A few years back, he teamed up with buddies George Clooney, Matt Damon and a few others to found Not On Our Watch. It’s a project which aims to support human rights and prevent mass atrocities in areas of the world that are not given priority by the international community – places like Darfur and Burma where countless people are being tortured, raped and executed.

4. He speaks out for many important causes.

In 2004, he wanted to “make poverty history” and joined the ONE campaign alongside Bono to end poverty and AIDS.(Remember the ad? See below.) The actor travelled to orphanages in Ethiopia and South Africa before taking part in the campaign, which called for the US government to give an extra 1% of its annual budget – close to $25 billion – to such causes.

​5. Brad has been making big donations to fight injustice.

In 2008, he supported LGBT rights by giving $100k to the groups who were fighting to overturn Proposition 8 in California and in the Supreme Court. He has financed health centres in Ethiopia for children with AIDS. He (and Angelina) donated $1 million to Doctors Without Borders in 2010 following the earthquake in Haiti and teamed up with Wyclef Jean to help rebuild the devastated communities. He’s pledged money to relief organisations in Chad and Sudan as well as refugee agencies in Pakistan.

So, basically, Brad Pitt is doing a lot more than “maybe dating” Elle Macpherson and Sienna Miller at the same time.

Celebs say NO to bullying