So Chip Gaines looks a little different, doesn’t he?

The Fixer Upper and Magnolia Network star recently shaved off his long, pandemic locks as part of a social media challenge to raise funds for St. Jude Children’s Research Hospital in Memphis, Tennessee. And wow, did those locks deliver!

In an Instagram post to his five million followers, Chip has revealed the challenge raised over $425,000 plus he and wife Joanna have made a contribution too: 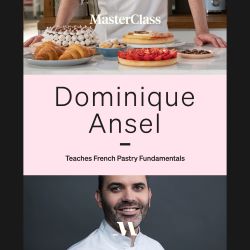 The couple also donated an extra $50,000 to the non-profit organisation Children With Hair Loss which is where Chip sent his hair after he cut it off so it could be turned into a wig for cancer and alopecia patients.

The entire, rather hilarious head-shaving process was all filmed, of course.

“I’ve never seen it this clean,” Joanna teases him before cutting off one of his pony tails.

In a comment responding to his video, the hospital expressed their gratitude for the donation:

“Wow looking good! We are so grateful for the incredible generosity of everyone who contributed to help St. Jude kids.”

This is the second time Chip has grown out his hair to help out the hospital. In 2017, he raised $230,000 for St. Jude and both Chip and Joanna have been involved in renovation and building projects with them too, creating a new dining room for patients’ families to stay in as well as a new garden playhouse for the kids.

Lupita Nyong'o, Viola Davis & More Share Messages of Love For Chadwick Boseman On the First Anniversary of His Passing