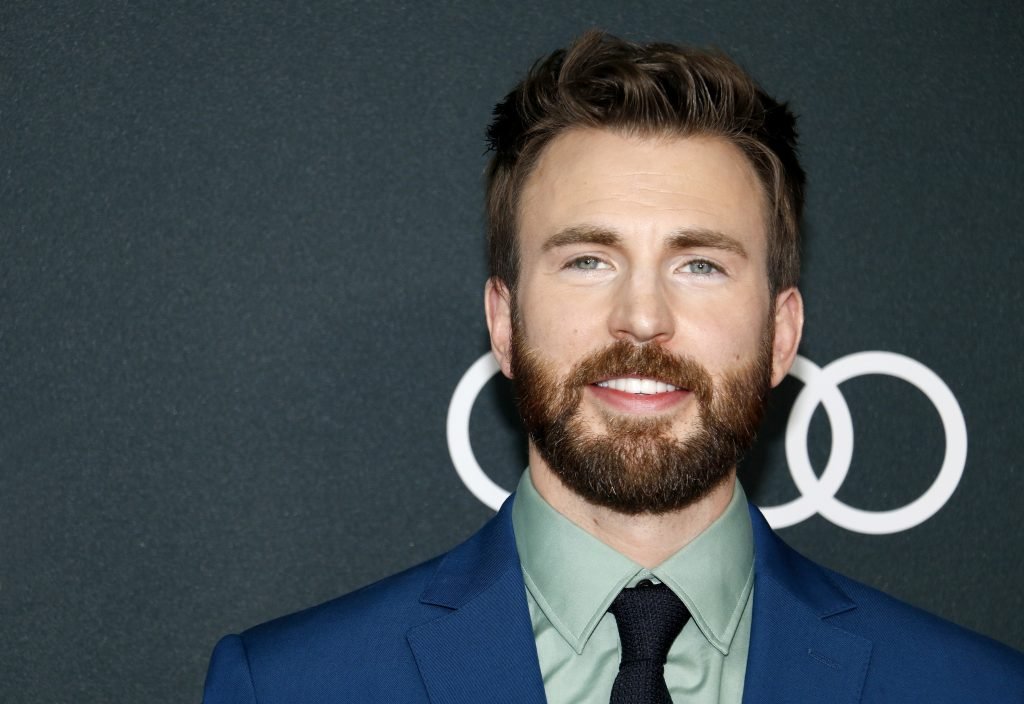 Chris Evans shared a video of his family playing “Heads Up” today. And maybe also a photo of his penis.

You see, at the end of the video, a camera roll pops up on screen and on that camera roll is the photo.

The video was quickly deleted but not before screenshots were taken and spread on the internet.

To be clear, no one actually knows if it was his body part…or even his camera roll. (And no, we won’t be sharing the photo here.)

What we do know is that the actor’s been trending on social media all day.

His Avengers co-star Mark Ruffalo even had something to say about it:

.@ChrisEvans Bro, while Trump is in office there is NOTHING you could possibly do to embarrass yourself. See… silver lining.

But it’s his loyal fans that I really want to tell you about.

They’ve been bombarding the internet with wholesome photos of Chris instead, in an attempt to bury the other one.

There are photos of Chris with puppies…

Please respect the man. The only “leaked” pictures that I care to see are those. pic.twitter.com/T6fGCr4gy4

Photos of him from high school…

#ChrisEvans #chrisevansleak I don’t know what to post but I want to help clog the hashtag because people shouldn’t be seeing that pic if he doesn’t want them to pic.twitter.com/1iVl7ULRVm

And photos of Chris just being Chris:

STOP POSTING CHRIS EVANS LEAKED PHOTOS
Here are some wholesome photos of Chris Evans cause everyone loves him and supports him❤️#ChrisEvans #chrisevansleak pic.twitter.com/HNTBa08V5w

Many fans have also drawn attention to the fact that the actor lives with anxiety and that spreading the photos may have a destructive impact on his mental health.

In an interview with Hollywood Reporter’s “Awards Chatter” podcast earlier this year, Chris described having “mini panic attacks” and how how he turned down the role of Captain America several times before eventually accepting.

Similarly, in a 2016 interview with Rolling Stone, he described feeling extremely overwhelmed and anxious when he’s the centre of attention, like at red carpet events: “You’re in the centre of this thing. You can fight a whole army if they line up one at a time. But if they surround you, you’re f***ed.”

And while his fans are trying their best to make sure he doesn’t go through this current photo situation alone, I can’t help but wonder…

Do we ever show famous women the same loyalty and support when their nude photos are leaked?