It’s been just over 48 hours since news of Kobe Bryant’s death rocked the world.

The basketball legend and his 13-year-old daughter Gianna were among nine people tragically killed in a helicopter crash in Calabasas, California on Sunday. He was just 41.

For some, he was one of the greatest basketball players of all time. A hero. A tireless advocate for women’s basketball. A philanthropist who gave back to homeless communities. For others, he was a dad. A mentor. An inspiration. A friend. And for some, he was a man charged with sexually assaulting a 19-year-old woman in 2003. (The case was settled out of court and the details have never been made public. Bryant did make a statement at the time apologising to the woman and acknowledging that “she did not view this incident the same way I did.”)

Regardless of how you choose to remember him, one thing seems to be clear: tomorrow is never guaranteed. And it’s this message that Ellen DeGeneres so eloquently shared on her talk show today.

“Thank you for being here,” she began.

There are no words to express the pain I’m going through now with this tragic and sad moment of loosing my neice Gigi & my friend, my brother, my partner in winning championships, my dude and my homie. I love you and you will be missed. My condolences goes out to the Bryant family and the families of the other passengers on board. IM SICK RIGHT NOW !

We’re shocked and saddened to learn the news of Kobe and Gianna’s passing. Kobe and his family have been longtime supporters of My Friend’s Place and tremendous advocates for youth experiencing homelessness. The impact of Kobe’s generosity forever changed our organization and we will continue to hold Vanessa and the Bryant family in our hearts.

I will mourn the loss of Kobe Bryant and feel bad for his family while also remembering that the man got away with rape and that the woman he assaulted is now going to have to re-live the horror of it all over again as media and cruel people attack her and venerate him. 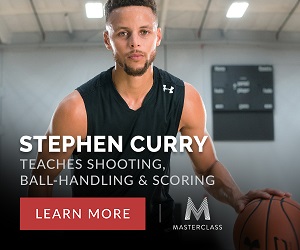 “Yesterday was supposed to be a celebratory day, and then we got the tragic news about Kobe Bryant, and everything changed in a second. And that’s what I want to talk about.”

“Life is short, and it’s fragile, and we don’t know how many birthdays we have. So just – you don’t have to have a birthday to celebrate,” she said.

Quit reading this and like Ellen says,  tell someone you love them.