Just when you thought his story couldn’t possibly get any better, it does.

Formerly homeless artist, Richard Hutchins, whose story has gone viral and touched millions of hearts around the world, has announced he wants to reciprocate the kindness he’s received over the last week. 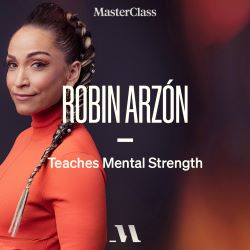 In a video shared on social media, Richard says he is giving away 10,000 pieces of art to those who’ve helped turn his life around:

“I’m gonna send out 10,000 prints to all the people that purchased my work. For the ones that could not afford to buy one, I’m gonna send you one too. I don’t care if you’re sleeping on the sidewalk. You’re gonna get one.”

Just 10 days ago, Richard was living on the streets himself. But a chance encounter with entrepreneur, motivational speaker and random acts of kindness advocate, Charlie “Rocket” Jabaley, completely changed his life.

Charlie discovered Richard’s passion for art and helped him set up a digital studio where he could sell his prints. He shared Richard’s story on TikTok, it went viral and on the first day of setting up the online shop he sold over $50,000 worth of artworks.

Within days, celebrities including Oprah Winfrey, Steve Harvey and 2Chainz bought his works too.

Now, Richard has been so touched by the support and love he’s received from random strangers, he’s giving back.

The free giveaway is happening for 24 hours. Check out @charlie on Instagram for further details.

Glennon Doyle's Message for Rape Survivors: "You Are Not Alone"

The Teaser for Camila Cabello's New Cinderella Movie is Here!