Guy Ritchie and Hugh Grant have found an awesome way to honour their dads who served in the military together over six decades ago!

The pair teamed up to recreate an old photo of their fathers from their time in the British Army.

“The first picture was taken 65 years ago in Singapore,” Ritchie writes an Insta post, “where my dad – Captain John Ritchie – and Hugh Grant’s dad – Captain James Grant – were stationed in the same regiment, the Seaforth Highlanders.” 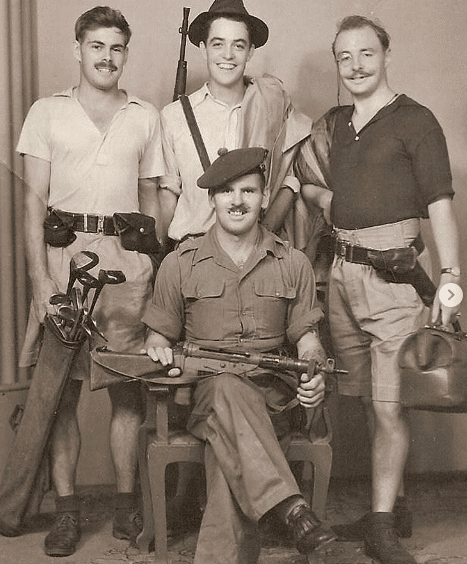 Captain James Grant (back row, middle) and Captain John Ritchie (back row, right) who served in the military together. (Photo: @guyritchie/Instagram) 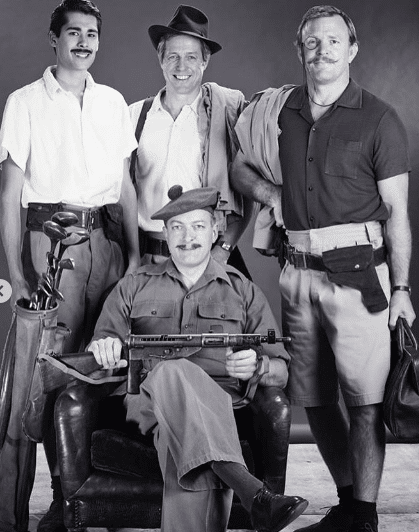 “The second picture,” he continues “taken on a film set in London 65 years later, has one grandson and two sons recreating that original image.”

The “grandson” he refers to is Rory Gibb, the production assistant on the set of Ritchie and Grant’s new film The Gentleman, whose grandfather, as it turns out, is also in the original photo.

Ritchie ends his caption by urging everyone to “spare a thought today for the men and women in uniform who have fallen in defence and service of others.

Check out the trailer for their movie The Gentleman, also starring Matthew McConnaughey, Colin Farrell and Charlie Hunnam, coming to cinemas in 2020: