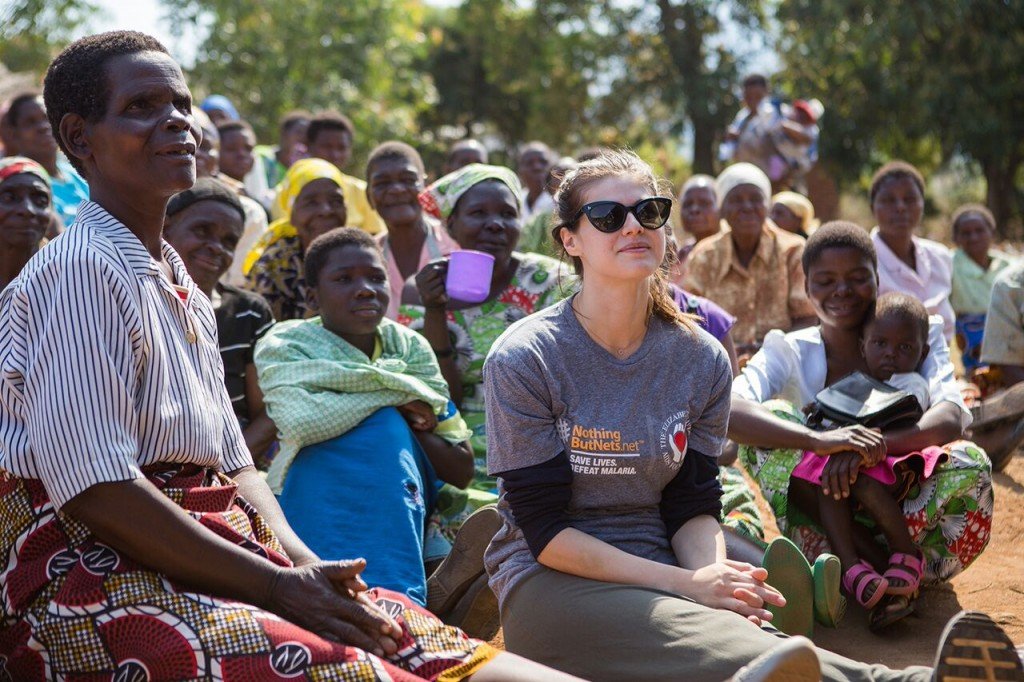 Alexandra Daddario in Malawi with the Elizabeth Taylor AIDS Foundation. (Photo by Samora Chapman for ETAF and Nothing But Nets)

Imagine if 1 million people didn’t have to die from HIV/AIDS each year. Imagine if the disease could be stopped, even in the most remote communities of the world, in our lifetime. Hollywood icon Elizabeth Taylor had those same thoughts, and thanks to her foundation, family and some famous faces, her epic mission to cure the world of HIV/AIDS continues nearly 7 years after her death.

Alexandra Daddario from the recent Baywatch movie and Party of Five’s Scott Wolf are two of those famous faces. Along with Scott’s wife, Kelley, they travelled to South Africa and Malawi in 2017 with the Elizabeth Taylor AIDS Foundation (ETAF) to see how the organisation is changing lives and to raise awareness about the disease that’s claimed more than 35 million lives to date.

First stop for the trio – Nkosi Haven in Johannesburg. It’s a home for mothers and children affected by HIV and, like its name suggests, Nkosi offers a safe place to live their lives, free from discrimination and prejudice. There are medical services and counselling, classrooms, libraries and workshops. They not only hold AIDS prevention programs but also courses on how to continue with life if you do test positive. Most importantly though, Nkosi Haven offers hope.

“Women who are diagnosed with HIV are sometimes abandoned by their families or the father of their child,” Alexandra explains. “I spoke with many of the children living there and they are seeing their dreams and futures come to fruition. They are mentored, given education, therapy, and taught that their lives are not over despite their circumstances.”

Nkosi is one of more than 600 organisations world-wide given monetary grants by ETAF to support patients and their families. 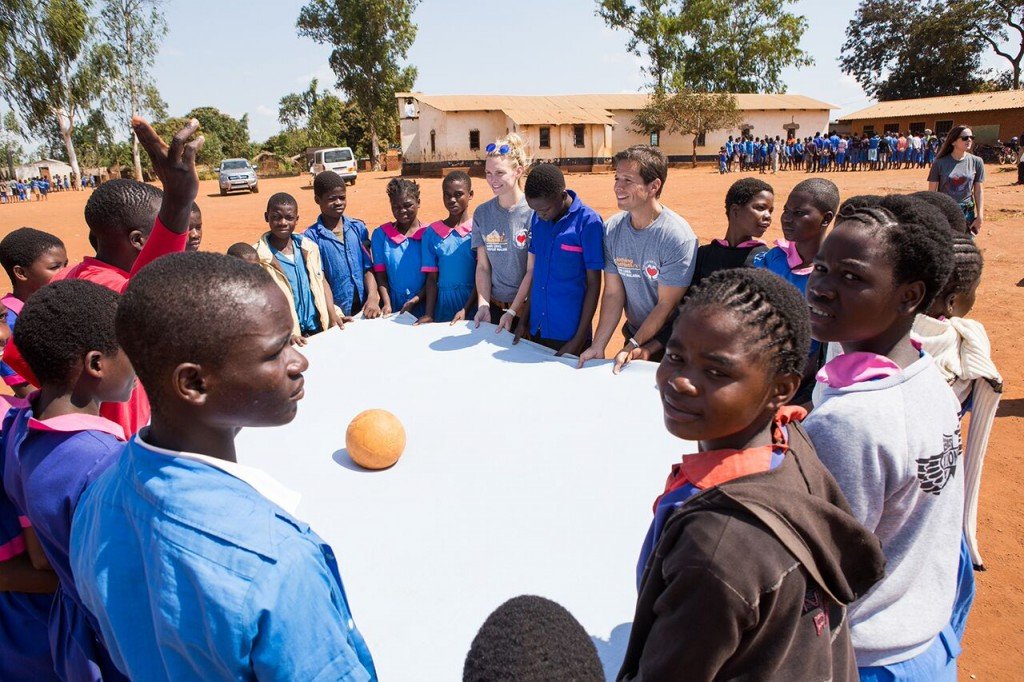 Scott Wolf and wife Kelley, in Malawi with the Elizabeth Taylor AIDS Foundation. (Photo by Samora Chapman for ETAF and Nothing But Nets)

The trio’s next stop? Malawi, where for many in rural areas, healthcare is more than a 24-hour walk away. ETAF has been the missing link for hundreds of thousands of people there. They’ve funded 5 mobile health clinics making basic medical services easily accessible.

Plus, the organisation partnered with the UN Foundation’s “Nothing But Nets” campaign last year to stock the mobile clinics with malaria test and treatment kits. It’s a crucial move given that HIV can increase the risk of malaria infection. Combined, HIV and malaria are causing 2 million deaths each year.

“From speaking to people and doctors who are working in this region,” Alexandra explains, “over the past 9 years, things have completely changed because of these local clinics and because of what people are doing and the money that’s coming into this community.”

And none of it is being taken for granted. “Meeting some of the volunteers and employees at the mobile clinics,” Scott recalls, “they’re incredibly inspiring, hard-working people who are so grateful to be part of this growing system.”

Ms Taylor’s foundation has been saving lives and changing the way we talk about AIDS since 1991. She started ETAF a few years after the death of close friend Rock Hudson, who died from complications from AIDS. She set it up using the $1 million paid to her by the media for her wedding photos with 7th husband Larry Fortensky.

The Foundation continues to operate nearly 7 years after her death thanks to her grandchildren and great-grandchildren who are involved behind the scenes. As for running costs, they’re all covered by Ms Taylor’s estate. It means 100% of all money donated to the foundation goes directly to helping people with HIV/AIDS.

And with new ambassadors like Paris Jackson and Omar Sharif Junior carrying on important messages about prevention, maybe, just maybe, one day, 1 million people won’t have to die from HIV/AIDS anymore, just like Ms Taylor had hoped.

If you’d like to support the Elizabeth Taylor AIDS Foundation, you can go HERE.

Gifts that give back: Top 8 KIND presents.