Ok, the title isn’t all that accurate is it? Because we all know Jay-Z is much more than a rap star.

He’s a songwriter, a producer, a record executive, an investor and an entrepreneur. From clothing lines, to beverages, to stakes in Uber, million dollar art collections and real estate, Jay-Z’s name seems to be everywhere. So really, it’s no surprise he’s become the first hip hop artist to achieve billionaire status.

According to Forbes, his wealth “conservatively totals” US$1billion (approximately AU$1.43billion), beating other major players from the entertainment scene like Diddy (worth US$825 million) and Dr Dre (US$770 million).

That figure takes into account Jay-Z’s $75 million music catalogue, his stakes in champagne and cognac companies worth $310 million, his entertainment companies like Roc Nation worth $75 million, his properties in the Hamptons and Bel Air and much, much more. 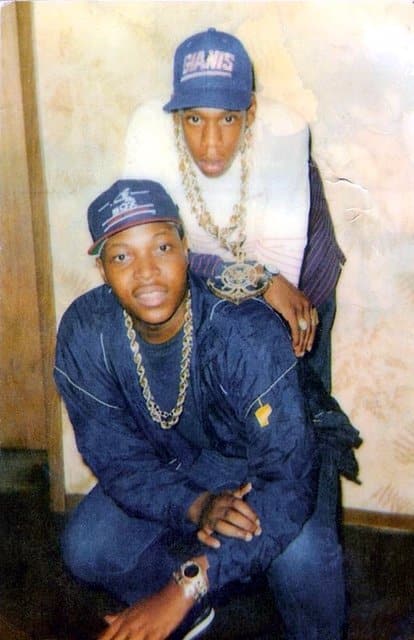 Jay-Z with a friend in Trenton, New Jersey circa 1988

It’s clear he’s come a lonnnng way.  Jay-Z, whose real name is Shawn Carter, grew up in one of Brooklyn’s housing projects with his mother and three siblings. He speaks openly about how rough his early years were, selling cocaine as a teenager and being shot at three times in his neighbourhood. He pleaded guilty to stabbing a fellow record executive in 1999 and while he could’ve been up for 15 years in jail, he received 3 years probation instead.  Throughout the 90s and 2000s, he made a name for himself as a rapper, doing duets with Mariah Carey, Lenny Kravitz, and his future wife, Beyoncé.

While he and Queen Bey have had a joint net worth over the billion dollar mark for sometime, this is the first time a rap star has made the list.

On the Blue Carpet With Taron Egerton and Dexter Fletcher