If, like me, you grew up knowing the lyrics to every song on Boyz II Men’s Cooley High Harmony album, had posters of the “Motown Philly” boys on your walls and still sing at the top of your lungs when “I’ll Make Love To You” starts playing on the radio, then this story is going to MAKE. YOU. MELT.

The R&B group recently had a concert in Vegas and, a young surgeon by the name of Tiffany Davis-Garcia had tickets to see them. But, being busy saving lives and all, Dr Tiffany’s shift finished up late that night. Still wearing her surgical gear and having missed some of the concert already, she had to decide whether to go home and miss the concert altogether or, see some of it, in her scrubs.

So she rocked up in her scrubs and it was the best decision ever! Shawn, Nathan and Wanya noticed her in the audience and called her up on stage. The guys gave her a rose and sang “End of The Road” with her. She posted a video of the heart-warming moment on her Insta page with the caption “Almost didn’t make it to the concert, but I did! This wonderful and hectic life we live lol.” Check it out below:

And that’s not all.

After posting the video online, Boyz II Men got in touch with her, thanking Dr Tiffany for “helping people” AND inviting her to another concert, where she wouldn’t have to miss the start of the show: 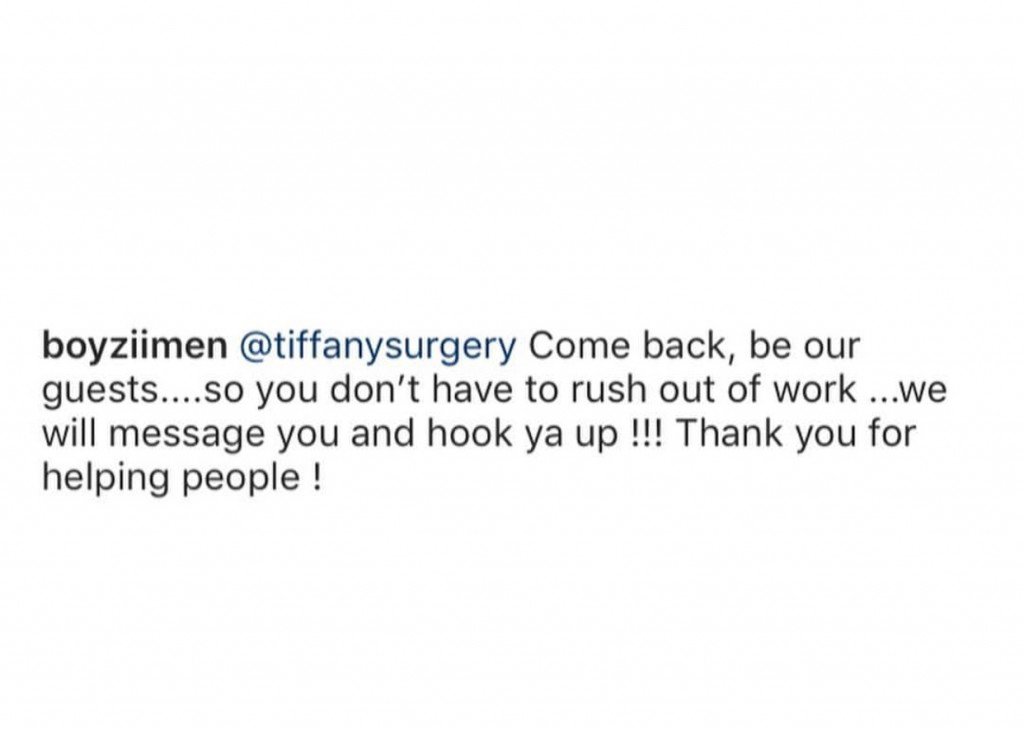 OF COURSE she accepted, this time getting dressed up for the special occasion. She met the guys backstage and says they even gave her a nickname – “Scrubs!”

The photos say it all really: 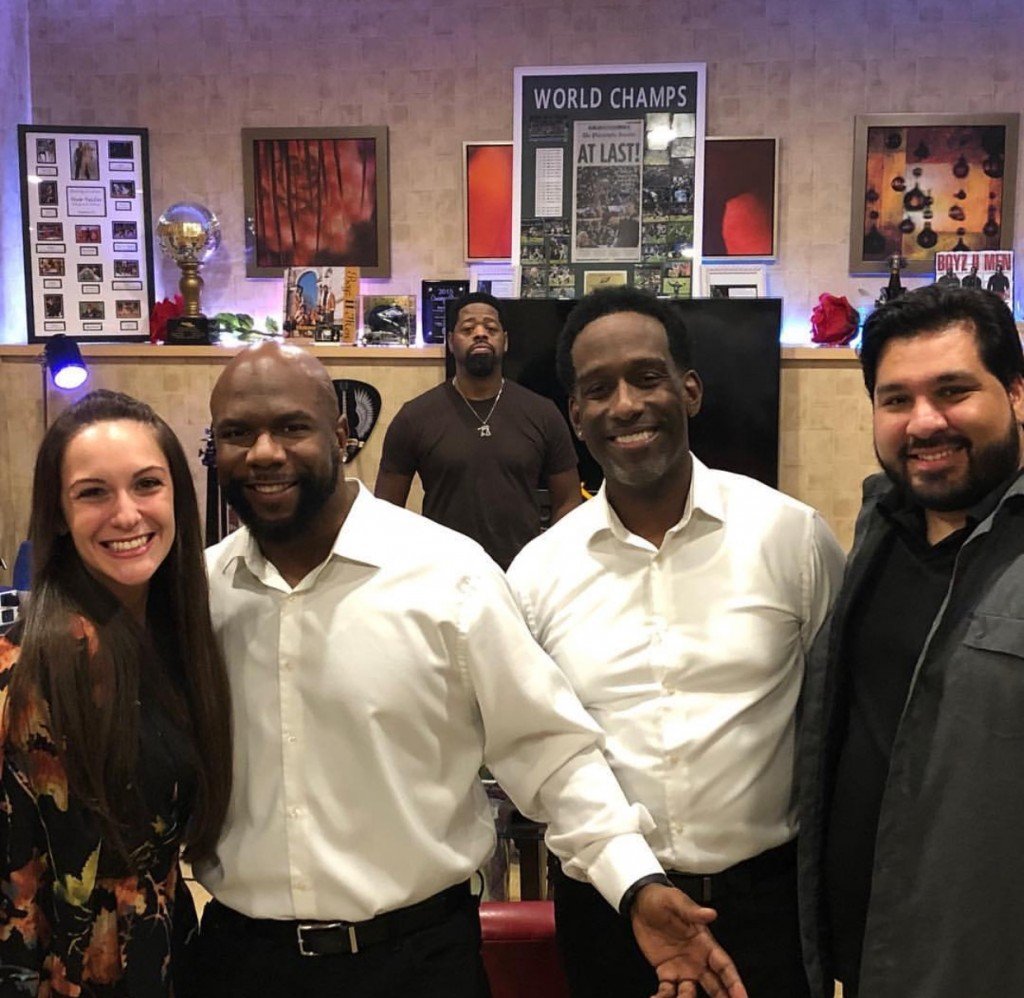 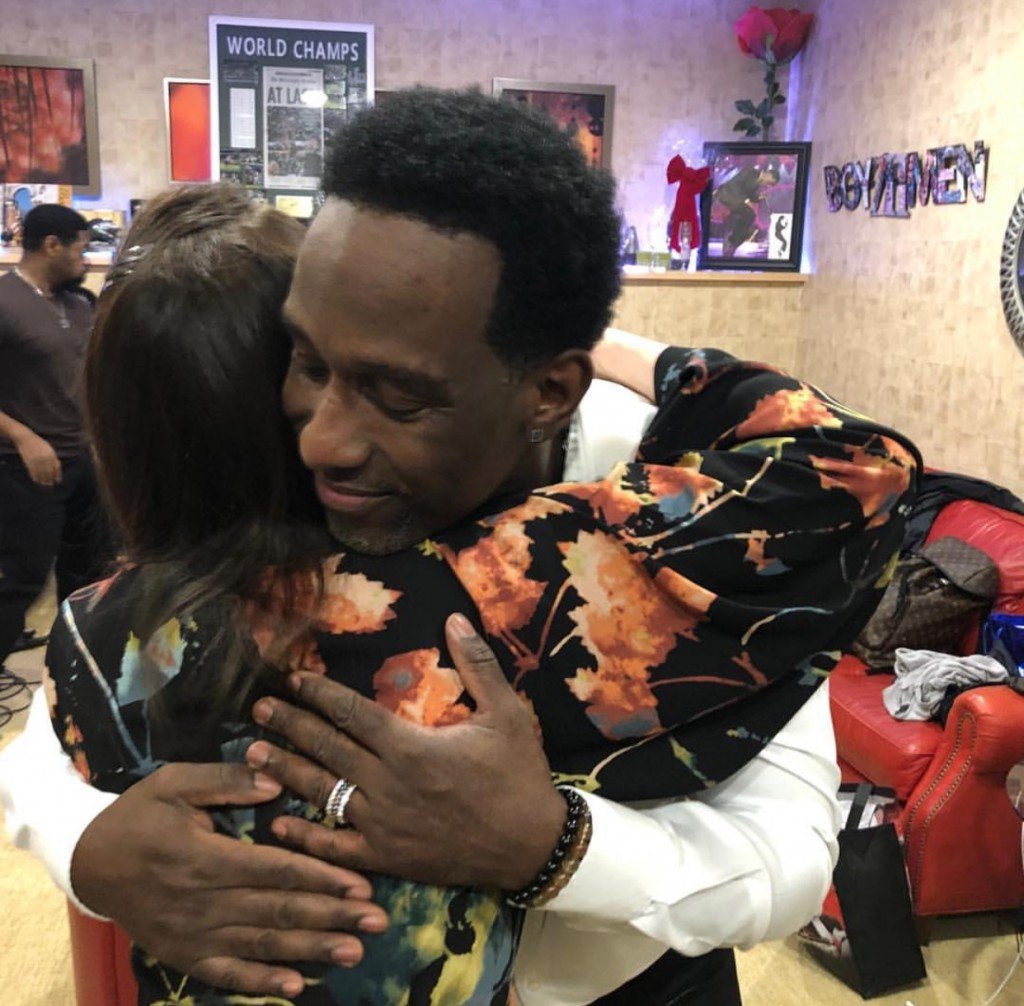 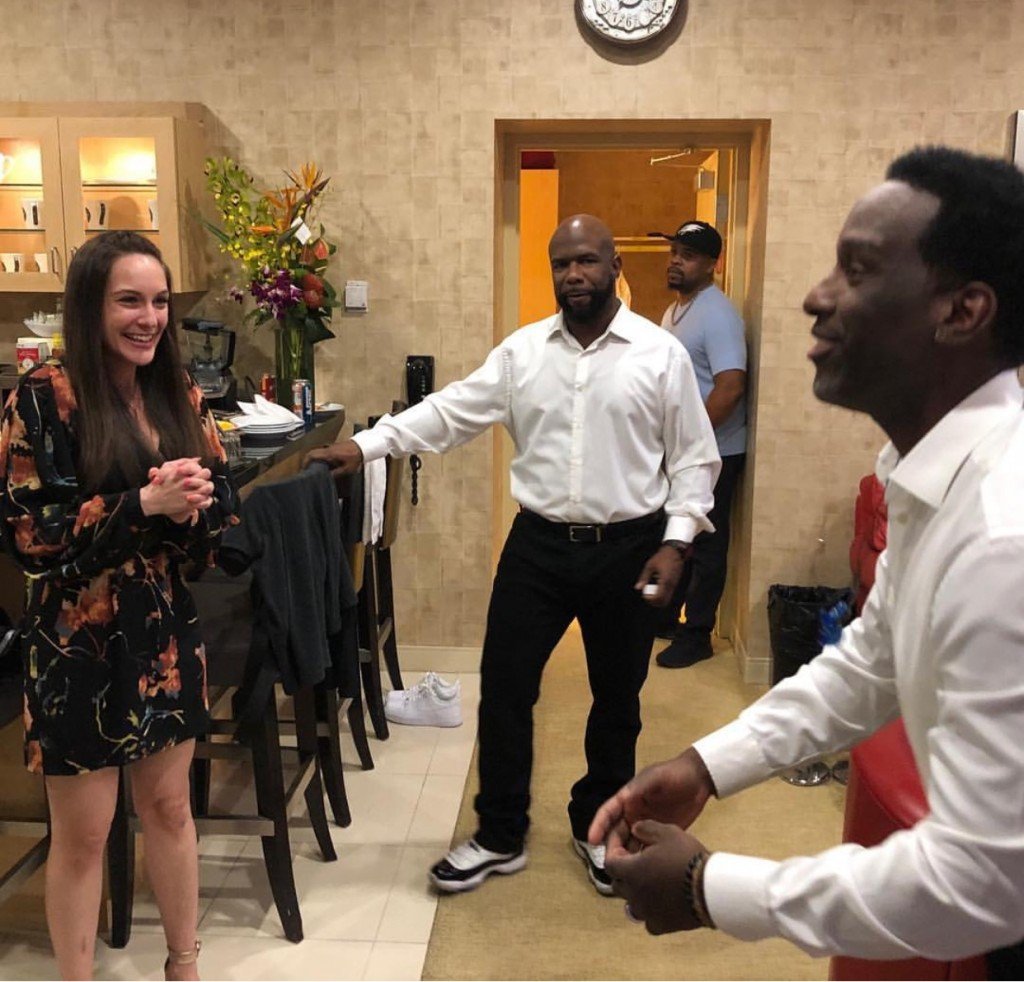 Have you ever been called up on stage at a concert? Tell us what happened in the comments below!