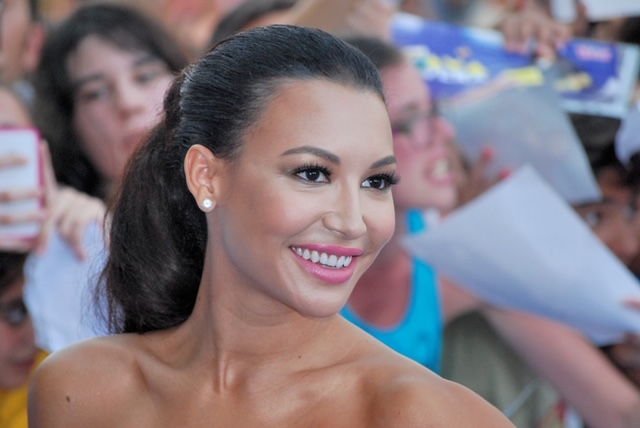 UPDATE 14/07: Authorities have confirmed the death of mother and actress Naya Rivera.

Her body was recovered this morning in Lake Piru where she was last seen on July 8. She was reported missing after her 4-year-old son, Josey was found floating alone in a boat they had rented that day.

The Ventura County Sherriff’s department has held a news conference confirming the devastating news and explaining that Josey told them Naya helped him back into the boat after they went for a swim on the lake but then disappeared under the water:

Josey is now in the care of family.

The news comes on the 7th anniversary of the death of fellow Glee star Cory Monteith.

UPDATE 13/07: There is still sadly no sign of Naya Rivera. The Ventura County Sherriff’s department are now in their fifth day of searches.

They have responded to requests from the public, include Naya’s Glee co-star Heather Morris, wanting to conduct searches on their own however advise against anyone entering the lake:

For those intent on searching for Naya Rivera on your own, 1. The lake is closed. 2. Temps are already in the 90’s. 3. The terrain around the lake is very steep and rugged. Our teams are well equipped and highly trained. We don’t want to have to rescue you.

UPDATE 12/07: The search for Naya Rivera continues for a fourth day. The Ventura County Sherriff has provided no further details today.

UPDATE 11/07: Teams are now in their third day of operations trying to find Naya Rivera.  As of yesterday the operation has been a recovery mission rather than a search and rescue.

They are also being assisted by personnel from Tulare County and Los Angeles County Sherriff’s offices as well as the United States Coast Guard.

UPDATE 10/07: Authorities have released security camera footage from the Lake Piru boat launch where Naya Rivera and her son rented a boat as well as the 911 call made to authorities after her 4-year-old son Josey was found by himself:

This is an updated link to the 911 recording reporting Naya Rivera as a missing person. https://t.co/kxIMN5HVfS

UPDATE 10/07: The search for Naya Rivera has now transitioned to a “recovery mission.” Here is the full statement from Captain Eric Buschow of the Ventura County Sherriff:

⁣
“The search for a missing Los Angeles actress has turned into a recovery mission as of Thursday morning. ⁣
⁣
Naya Rivera rented a boat at the lake Wednesday afternoon and went for an excursion with her four-year-old son. The boat was found drifting in the northern portion of the lake with the child alone and asleep on board. Rivera’s son told investigators that he and his mother had been swimming in the lake and he got back in the boat but Rivera did not. ⁣
⁣
Approximately 50 sherriff’s personnel along with a helicopter, boat crews, divers and unmanned aerial vehicles searched the lake for five hours Wednesday evening, but Rivera could not be found. The entire shoreline and surface of the lake were thoroughly searched. Divers also searched under water in the area where the boat had last been seen. However there was no sign of Rivera. The search was suspended 10.00pm Wednesday night due to zero visibility in the water and dangerous conditions for the divers. ⁣
⁣
The search resumed Thursday morning with divers experiencing less than one foot of visibility in the water in the daylight. The difficult conditions have made the recovery operation a very slow process. The Los Angeles County Sherriff’s Department is assisting in the search with divers and sonar equipment. Approximately 100 personnel are participating in the mission on Thursday including resources from neighbouring counties and the United States Coast Guard. ⁣
⁣
Investigators believe Rivera drowned in what appears to be a tragic accident.”

“With over 80 people involved in the search right now, we are using helicopters, boats, ATV vehicles, and ground personnel to try to locate her.”

Multiple teams of professional search & rescue personnel are actively searching Lake Piru for clues to the location of Naya Rivera. With over 80 people involved in the search right now, we are using helicopters, boats, ATV vehicles, and ground personnel to try and locate her. pic.twitter.com/o2bN5sQFms

UPDATE 09/07: Authorities have called off the search for Naya Rivera until first light. According to the Ventura County Sherriff’s department, the search will continue on Thursday morning, July 9.

In a statement on Twitter, they say “the lake will be closed to the public while search operations continue. Dive teams from throughout the region will be assisting us through mutual aid.”

The search for Naya Rivera will continue this morning at Lake Piru. The lake will be closed to the public while search operations continue. Dive teams from throughout the region will be assisting us through mutual aid. @VCAirUnit @Cal_OES @fillmoresheriff pic.twitter.com/q6LsHd8xaT

BREAKING NEWS 09/07: Mother, actress and singer Naya Rivera has been reported missing after authorities in Ventura California were called to Lake Piru on Wednesday, July 8 where they found her son Josey alone on a boat.

The missing person at Lake Puru has been identified as Naya Rivera, 33, of Los Angeles. SAR operation will continue at first light. @VCAirUnit @fillmoresheriff @Cal_OES pic.twitter.com/bC3qaZS3Ra

We’ll update you with more details as they come through.