Ever since Jennifer Aniston graced our screens as the loveable Rachel Green on Friends the gossip magazines have been OBSESSED with her every move.

For more than two decades they have been fixated on her heartbreaks, friendships, marriages – but most of all they have been obsessed with her FERTILITY.

The tabloids have spent years curating ‘celebrity news‘ stories about Jennifer claiming that she is pregnant. 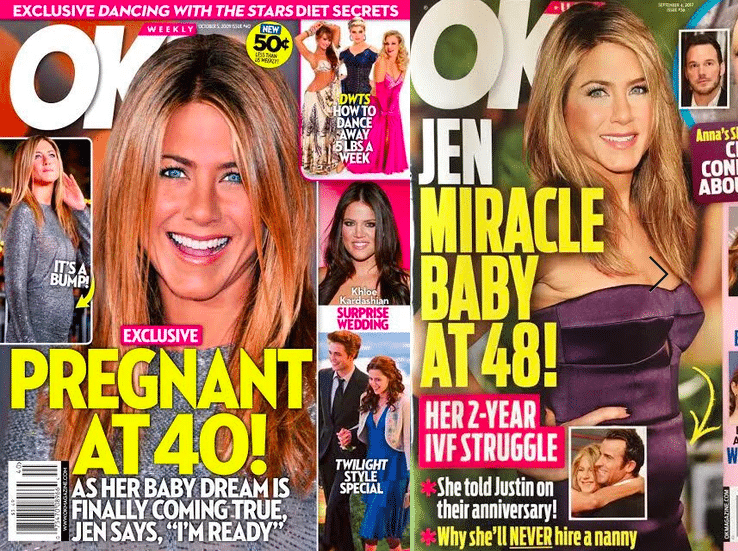 Jennifer Aniston on the cover of OK magazine.

Jennifer Aniston just had a big burger for lunch and is looking bloated.

She must be pregnant.

Jennifer Aniston just put her hand on her belly.

She must be pregnant.

She must be wanting to get pregnant soon, surely.

Now according to the front cover of Australia’s New Idea magazine Jennifer Aniston has been hiding a secret from everyone for fifteen years.

Apparently Jennifer’s secret child is now “out of hiding” which has left Brad Pitt in complete “shock.”

An image of Jennifer holding a baby is featured on the cover along with an image of the baby girl years later as a teenager.

So then is this Jennifer’s secret child with Brad?

Surely gossip magazines couldn’t make up a story like this?

Well they sure can. 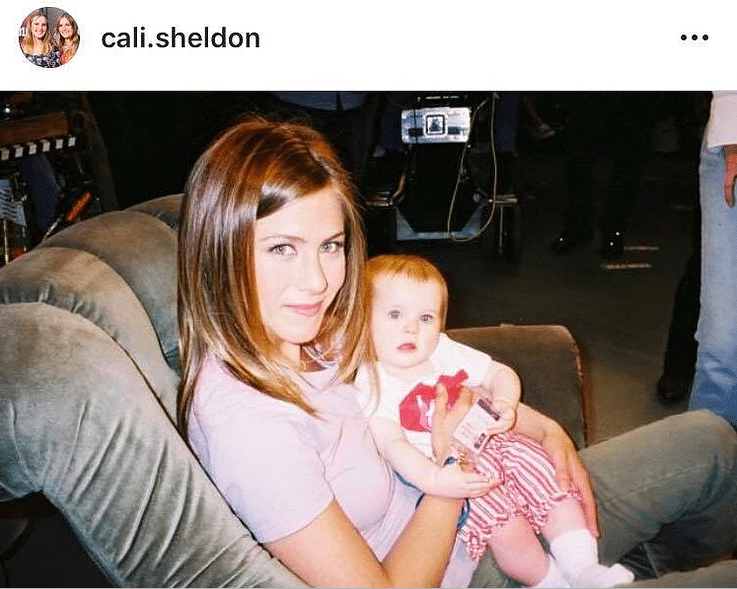 Jennifer Aniston and Cali Sheldon behind the scenes on the Friends show set. Source: @cali.sheldon/Instagram 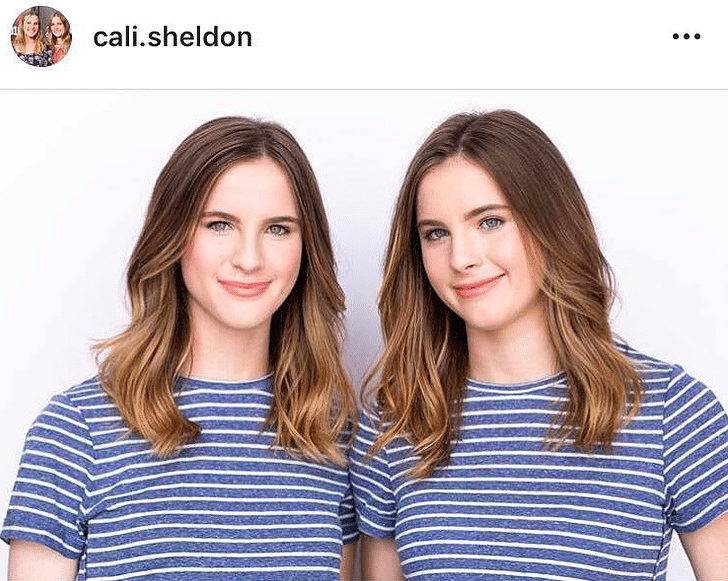 And the above photo is Cali now.

Both of these photos were recently posted on Cali Sheldon’s Instagram page to celebrate twenty-five years since the show premiered in 1994.

How do these tabloids get away with making up stories about real people with real lives?

Jennifer Aniston has spoken openly about her disgust in gossip magazines obsessing over her fertility:

“I used to tell myself that tabloids were like comic books, not to be taken seriously, just a soap opera for people to follow when they need a distraction,” she told HuffPost back in 2016. “But I really can’t tell myself that anymore because the reality is the stalking and objectification I’ve experienced first-hand, going on decades now, reflects the warped way we calculate a woman’s worth.

The most frustrating thing is that even after putting outlandish claims on the front cover of a magazine – the tabloids never retract their claims or apologise for ‘celebrity news’ stories that are factually incorrect.

One week they claim a celebrity is pregnant, next week that celebrity just divorced their partner, and then week after, that the celebrity is apparently pregnant again.

Will these clickbait pregnancy headlines ever end?

When will magazines stop obsessing over Jennifer Aniston’s womb?

This post first appeared on www.thenastywomanclub.com.au and has been reproduced here with permission.

Demi Lynch is the announcer and producer of ‘The Nasty Woman Club Podcast’, co-producer and co-announcer of Radio 4EB program ‘Fair Comment’ and a former 102.1FM 4ZZZ radio announcer & contributor. Follow her @thenastywomanclub.

Abbie Chatfield is the Girlfriend We All Need Right Now