Lil Nas X is continuing the pregnancy-themed rollout of his new album, “Montero.”

In a rather genius move, the rapper has set up a “baby registry” ahead of the little bundle of joy he’s expecting on September 17.

me and my team have set up a “baby registry” for many charities if you guys would like to donate.
🦋💕https://t.co/mS7fvRsExo pic.twitter.com/7asfGJ2udG

But no, he’s not asking for actual baby-related products. He’s using the registry as an opportunity to highlight causes that are important to him and asking his fans to donate. (You see? Genius!) 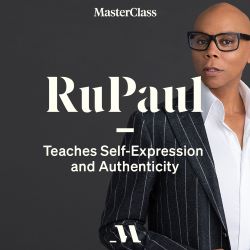 It features 15 charities – for each of the album’s 15 songs – including, the Transinclusive Group which provides support for transgender and non-conforming people of colour, The Bail Project, a non-profit which is working to end cash bail and the racial and economic disparities within the incarceration process, and the Happy Hippie, a foundation started by singer Miley Cyrus to support the LGBTQ community and tackle homelessness.

The registry comes after Lil Nas did an entire pregnancy photo shoot to announce his upcoming album:

You can check out his full baby registry HERE.