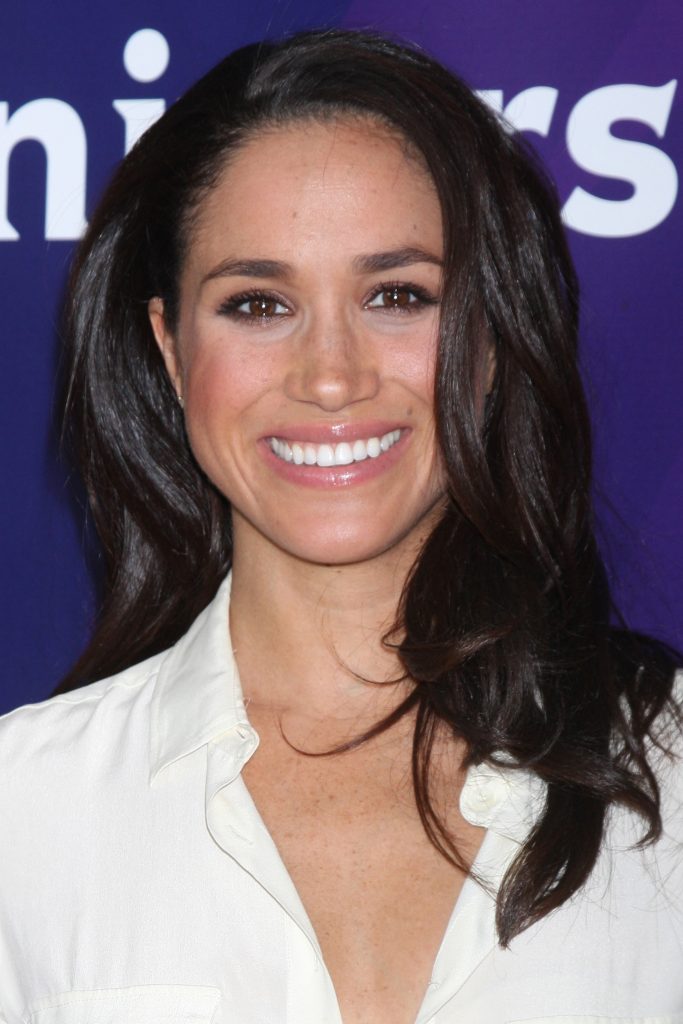 In the last 7 days, Meghan Markle has been mum-shamed, royal-shamed, and celebrity-shamed. She’s been criticised for trying too hard and criticised for not trying hard enough. She’s had her outfits picked apart and every move analysed and re-analysed by royal watchers. She’s in a feud with sister-in-law Kate according to one tabloid and she’s pregnant with her second child according to another. And to top it all off, she’s had a 10-point plan devised for her on how to be a “popular princess” by the most un-princessly person imaginable, Piers Morgan (no offence Piers).

You can tell me she knew what she was getting herself into all you want. And I will tell you that no one signs up for this level of disrespect.

Even Piers Morgan says he “feels sorry” for the Duchess, and well…if Piers is feeling sorry for her, then the situation must be bad.

But here’s the thing. We can all do something about it: 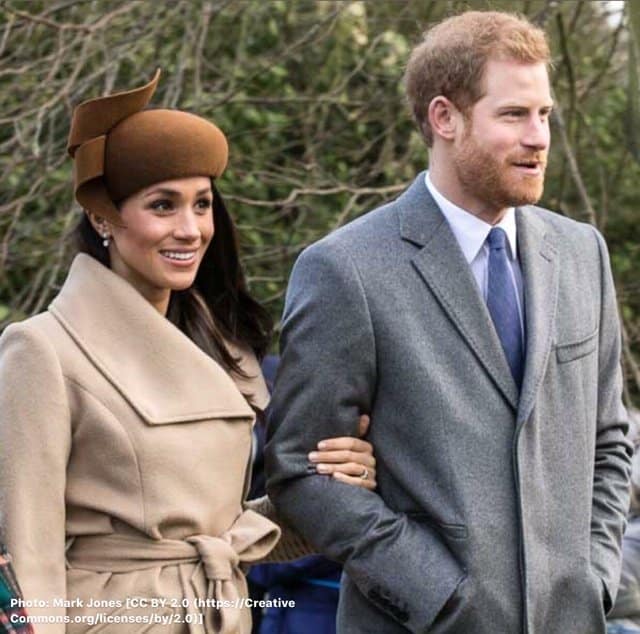 1. We can start by recognising that Meghan Markle is human too.

If we had remembered that she’s human too, perhaps her bodyguards telling a handful of spectators to stop taking photos of the Duchess at Wimbledon wouldn’t have caused the kerfuffle it did?

Instead she was held up to this super-human standard and told to “stop bleating her privacy” (Piers’ words, not mine). His argument was that she’s a public figure, out amongst the public. That British taxpayers are covering her security costs. And that therefore, she’s not allowed to complain about people taking photos of her.

But does that really make her fair game? Does that mean that British taxpayers own her?  Or own her privacy? Isn’t there a line?

It seems to me that this isn’t even really about privacy. Meghan’s bodyguards never asked the paparazzi to stop taking photos of her at the event, did they? This is about basic respect and decency when interacting with another human.

Regardless of whether you’re the Duchess of Sussex or not, everyone should have the right to say “hey, please don’t do that. It’s making me uncomfortable.” (Yes, even if you mistakenly think someone is taking a photo of you when really they’re just taking a selfie.)

And when someone does say that, shouldn’t we, as fellow, decent human beings,  respect them instead of telling them to go cry into their millions? – which is a rather tiresome argument really. Because, guess what? The millions don’t safeguard anyone from mental health issues, do they?

(Side note: we don’t even know for sure that Meghan gave the orders to stop people from taking photos. It may’ve come from elsewhere!)

A few years ago, Prince Harry had to release a statement asking the media to stop spouting lies about Meghan, writing abusive stories with racial undertones and harassing her family, friends and co-workers, just for some goss.

Perhaps it’s time for another reminder that there is actually a 37-year-old living, breathing, feeling human behind the name? 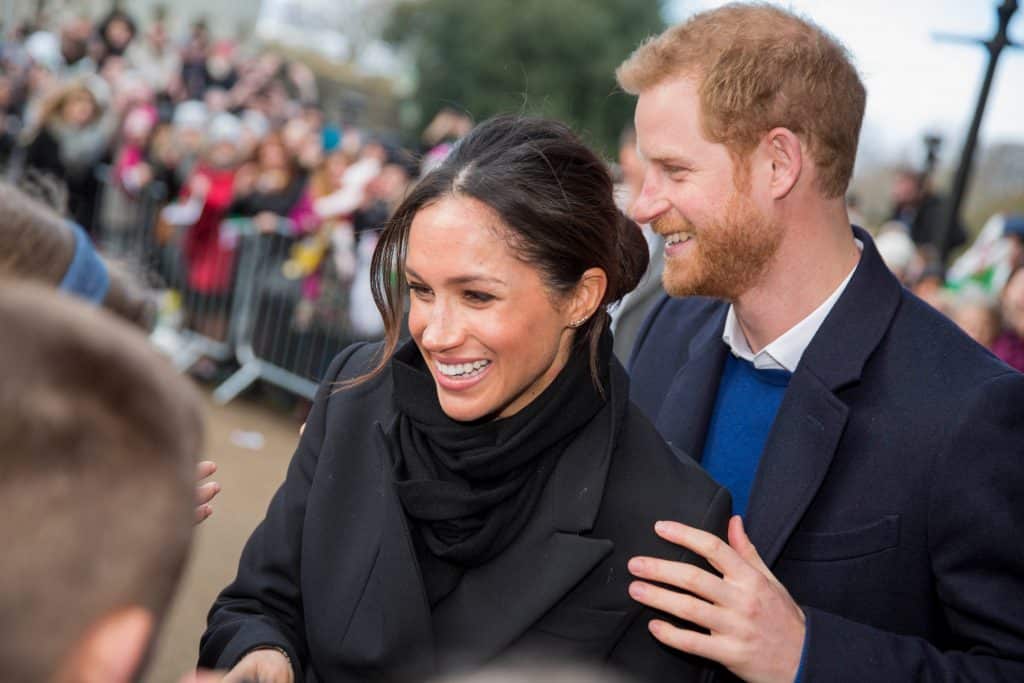 2. We can think twice about the stories we click on and the publications we throw our money at:

As consumers of celebrity news, we’re all guilty of clicking on these stories about Meghan this week. Or buying the magazines and papers with the headlines.

When a handful of people “mum-shamed” Meghan online for the way she was carrying baby Archie at Wimbledon, two things happened: The media picked up on a few negative comments and turned a non-story into a story, essentially giving more online trolls a platform to spew their hate.

And the public commented on it, shared it and turned it into an even bigger story. We all gave it the attention it didn’t deserve.

If you think about it, it was really just a photo of a mum holding her baby. It was  specifically chosen out of hundreds of photos taken of her that day to create a story that sells. To attract discussion and criticism.

The media knew exactly how to lure us in. And we fell for it.

We need to take a step back and care, because in this age of Insta-fame and every second of our lives being uploaded on YouTube with or without our consent, the  reality is that none of us are immune from being the story.

3. We can find a positive story and share that instead:

When we comment on a story that tears someone down – even if what we say is supportive – we are, in this crazy online world of ours, breathing further life into that negative story. We are ensuring the story appears in our friends’ news feeds. We are ensuring the bully’s words reach an even wider audience.

This doesn’t mean that we should never stand up for those who need support. In fact, that’s one of the kindest things we can do. It just means that as well as doing this, we can also actively find positive stories and comment on those too. Share those. Push those stories to the top of our friends’ news feeds. Drown out the negativity with kindness.

Here’s a great one about the Duke and Duchess of Sussex supporting conservation projects in Africa:

This evening, The Duke and Duchess of Sussex attended #TheLionKing European premiere in London at the Odeon Theatre. In celebration of the film’s release, The Walt Disney Company announced #ProtectThePride, a global conservation campaign to support efforts protecting the rapidly diminishing lion population across Africa. As a part of their commitment to this cause, Disney also made a donation to The Duke of Sussex’s upcoming environment & community initiative which will be formally announced this autumn. The Duke and Duchess are committed to advancing conservation efforts across Africa and around the world, and working with communities to ensure a sustainable future for the planet. This evening Their Royal Highnesses had the pleasure of meeting the cast and creative team behind the film, as well as supporters of @africanparksnetwork, of which The Duke is President. Photo credit: PA images / Getty images – Chris Jackson

It won’t always work but isn’t it worth a shot? Please let us know below if you can think of any other ideas: