Who wore it better? Who has the best bod? Who’s in a catfight this week? These are just some of the questions the magazines explore on a regular basis. They seem to thrive on creating this false sense of competition between women in the celebrity world.

But don’t be fooled. If you look closely, you’ll see that this same celebrity world, full of competition and comparison, is also full of friendship and loyalty. Gratitude and kindness. And women lifting each other up.

Nicole Kidman and Naomi Watts are the perfect example. They’ve known each other for over 35 years. They’ve navigated Hollywood together. They’ve been there for each other’s ups and downs. Yep, they’re pretty much Australia’s own Oprah and Gayle.

In a recent Insta post, Naomi showed us just how much Nicole means to her. She writes: 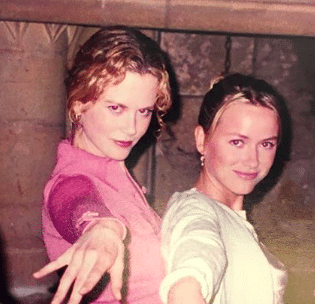 Nicole Kidman and Naomi Watts have been friends for over three decades (Photo: @naomiwatts/Instagram)

“Happy Birthday to my extraordinary friend Nicole Kidman. Growing up with you, having you close, has been one of the more meaningful aspects of this journey. My love, respect and admiration for you is next level. Keep being the inspiration that you are.”

She ends the sweet message with a little joke too: “Let’s take up Bridge or Bingo soon. I love you madly, deeply.”