When it comes to Oprah Winfrey, there’s no act of kindness too big or too small.

The media queen’s latest good deed was as simple as buying a college student a new iPhone.

Oprah was leaving Morehouse College in Atlanta, Georgia where she had just donated $13 million to the school, when she was stopped by two guys – Zachariah and Olufemi, for a selfie.

she played me 😂🤦🏾‍♂️ @Oprah pic.twitter.com/1Hyt7jOkDj

Oprah can be heard saying “hey, that’s me. That’s me in your cracked phone!”

The interaction, which has been viewed over 2 million times on Twitter, didn’t end there.

Olufemi woke up the next morning to find a message from Oprah’s team asking how they could get a new phone to him.

And sure enough, within a few days, he received a brand new iPhone 11 with a note from Ms Winfrey herself saying: “Dear Olufemi, We can’t have you out here viewing the world thru a cracked screen or a cracked cover. The new camera you’re gonna love for sure!” 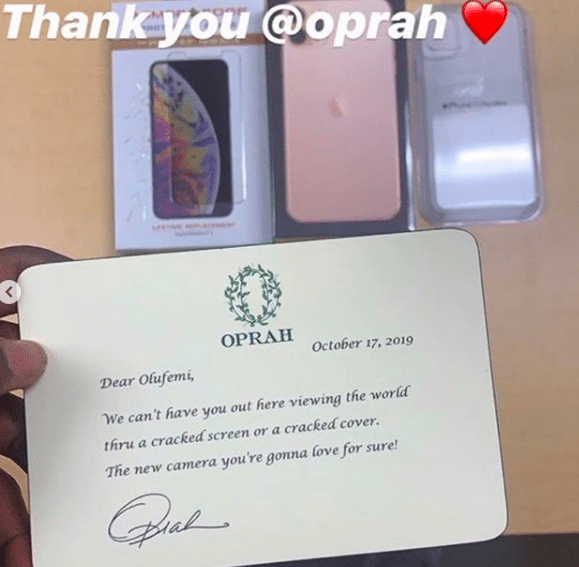 Could she BE anymore awesome?