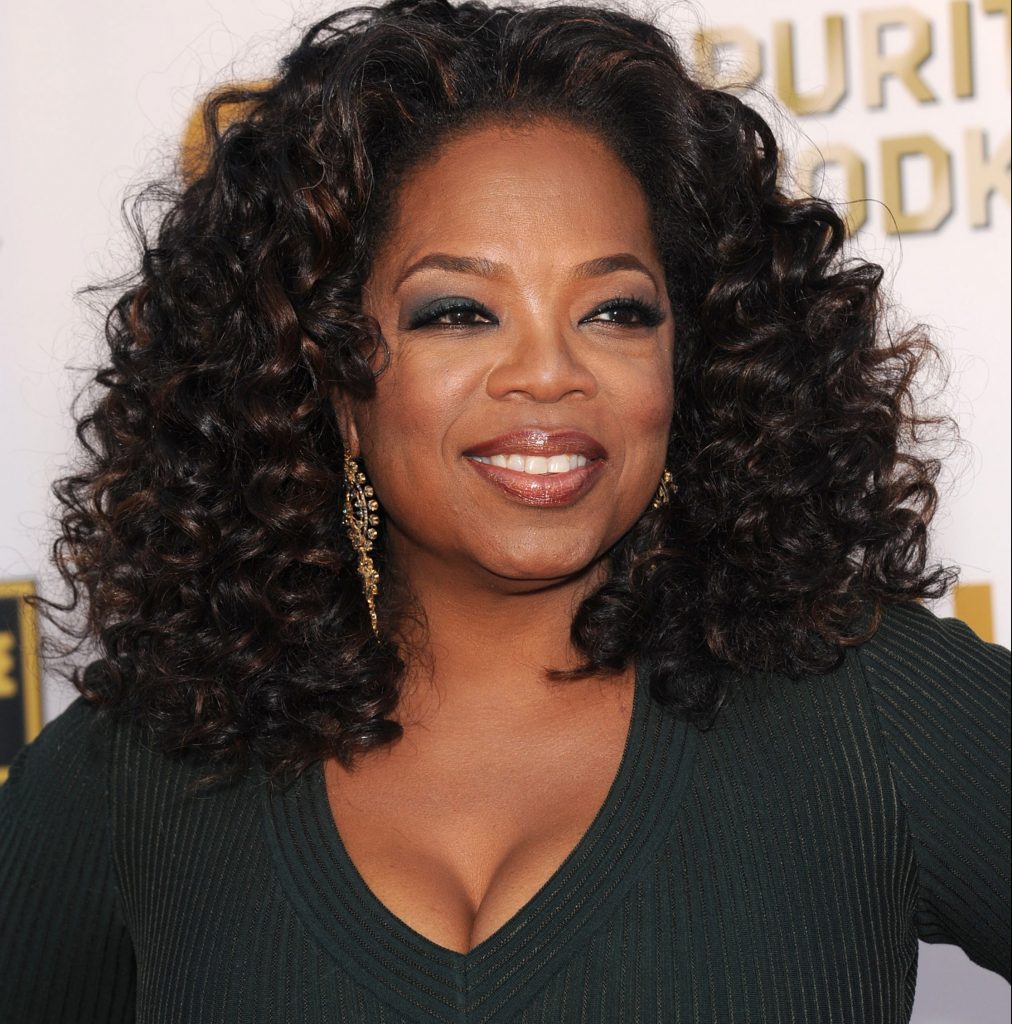 You see, there’s this artist who’s gone viral on TikTok. His name is Richard Hutchins and until recently, he was homeless.

TikTok creator Charlie Rocket who has over 2.7 million followers on the platform and is known for “making dreams come true” across America, turned Richard’s life around after a chance encounter on the streets.

He learned of Richard’s talent in painting celebrities and other portraits, so he set up a digital studio for Richard and on the first day of business, made $50,000 in art sales on his behalf.

@charlieRichard has been homeless for 6 years. Today, we made his art website & he’s made $50k so far & is living his dream. 🥺❤️ ##fypp ##homeless ##foryou♬ Turning Page – Sydney Rose

A video sharing his story went viral on social media and days later, Charlie and Richard find themselves being interviewed by journalist Thando Dlomo for Entertainment Tonight.

Well, it wasn’t just any interview.

Thando, who is one of the graduates of the Oprah Winfrey Academy for Girls in South Africa, called on her mentor, Mama O, for a sweet surprise. And we all know that when Oprah is involved, it’s gonna be good.

So there’s Richard and Charlie chatting away to Thando when she says, “Richard, I have somebody who would love to meet you, who honestly has been so inspired and so excited by all that you’ve been doing, just like the rest of the world.”

And in pops Oprah’s smiling face during the zoom chat!

Yes, both men were very surprised and even a little bit teary.

“It’s my pleasure to meet you,” Oprah said.

“I saw some of your beautiful art, and I said, ‘Well, I have to get one of those paintings.'”

And she did. She bought a painting of Angela Davis which was selling for $150 and paid $1500 for it – “I think you’re not charging enough money,” the media queen told Richard.

She also bought a stunning painting of a young Black girl which Richard calls “Flower Girl” and offered him $5,000 for it.

“You don’t even know what you’ve done with my life,” Richard said, choking up, his head in his hands.

Watch the full, beautiful interaction below:

Other celebrities who have purchased Richard’s art include talk show host Steve Harvey and rapper 2Chainz.