Kim Kardashian West, Yara Shahidi and Rihanna have joined over 2 million people in calling for the Governor of Texas to stop the execution of a man on death row.

51-year-old Rodney Reed is due to face execution on November 20 after being convicted of raping and murdering Stacey Stites back in 1996 – but he has always maintained his innocence and his attorneys say there’s new evidence that would exonerate him.

“One click! SIGN the petition if you don’t believe the Government should kill an innocent man!” Rihanna wrote on Twitter, tagging Governor Greg Abbott to gain his attention. 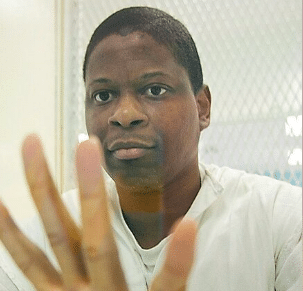 Celebrities are raising awareness about death row inmate Rodney Reed and calling on the Texas Governor to stop his execution. (Photo: freerodneyreed.com)

The online petition has received over 2.1 million signatures so far and states that the new evidence “implicates the victim’s fiancé – local police officer Jimmy Fennell.”

“Please @GovAbbott,” Kim Kardashian West wrote on Twitter, “How can you execute a man when since his trial, substantial evidence that would exonerate Rodney Reed has come forward and even implicates the other person of interest.”

She continues, “I URGE YOU TO DO THE RIGHT THING.”

How insane!!!! New witness comes forward that Rodeny was NOT the murderer!!!! He is set to be executed Nov 20th. https://t.co/AgGcqVpjV6

Yara Shahidi also added her voice to the topic, sharing the petition on social media with the caption “We must come together to prevent a gross injustice.”