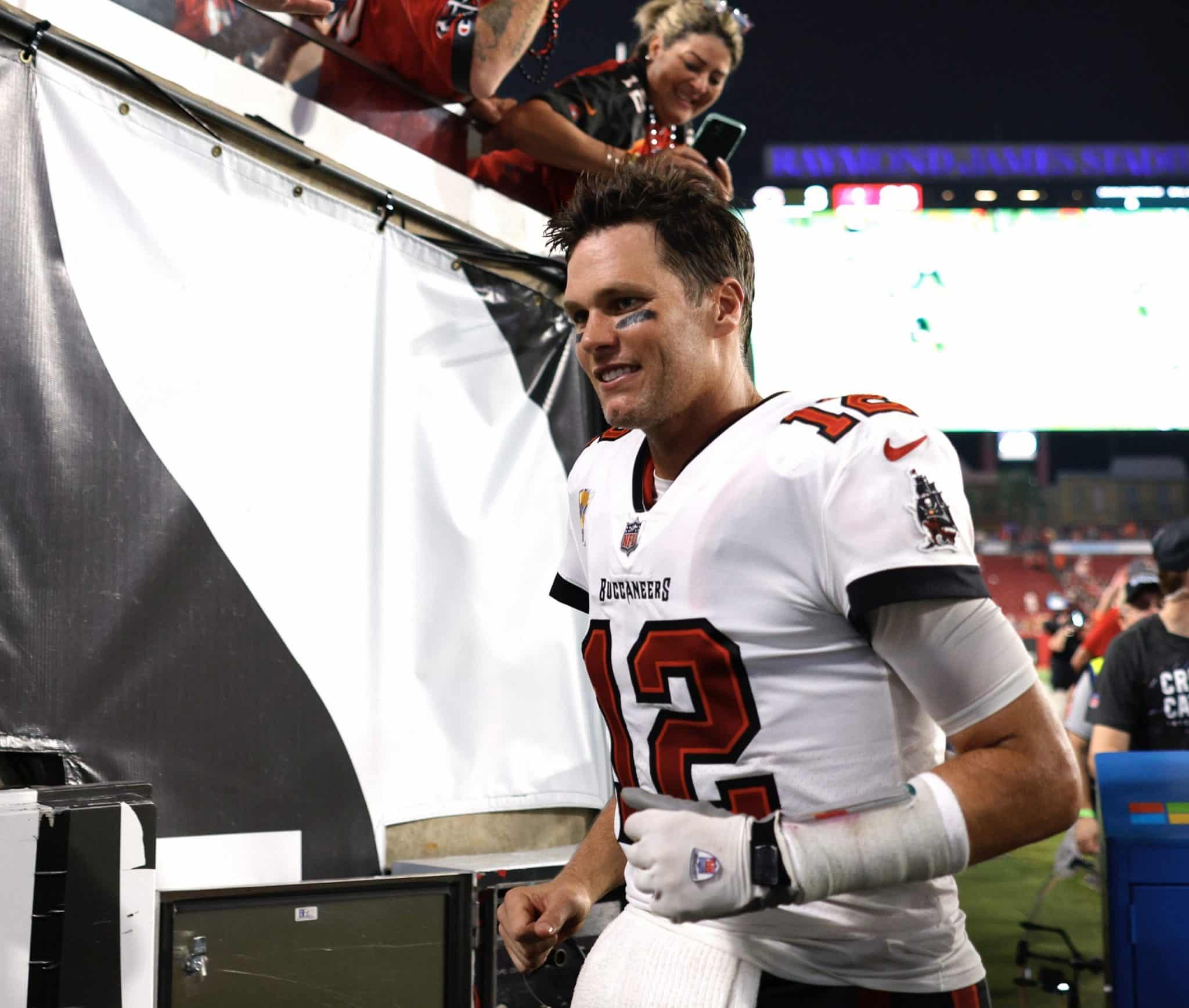 TAMPA, FLORIDA – OCTOBER 24: Tom Brady #12 of the Tampa Bay Buccaneers jogs off the field after beating the Chicago Bears 38-3 in the game at Raymond James Stadium on October 24, 2021 in Tampa, Florida. (Photo by Douglas P. DeFelice/Getty Images)

Tom Brady made history during the Buccaneers-Bears game on Sunday, becoming the first NFL player to have thrown 600 touchdown passes in his career. Awesome right?

But his best play of the game wasn’t necessarily on the field. It was on the sidelines when he gave a young fan in the crowd his cap, leaving him – and all of us – in tears.

You see, towards the end of the game, the 44-year-old star noticed 9-year-old Noah Reeb and his dad in the audience. Noah was holding a sign that read “Tom Brady Helped Me Beat Brain Cancer” – so of course Tom went up to him, shook his hand and gifted him a Crucial Catch hat, which happens to be some of the merch the NFL sells to raise funds for the American Cancer Society.

As you can imagine, thanks to those few seconds of kindness from Tom, young Noah was overcome with emotion.

His mum took to Instagram to explain that this was the first time Noah could “watch his hero play” and why Tom’s gesture means everything:

“This kid fought and fought with a dream that one day he could go watch you play in real life,” she posted in her stories, tagging Tom. “You gave him strength and hope and a dream. You are not just the greatest athlete of all time. You are truly a good man. An exceptional father. A remarkable example. And you have just changed my boys life. Thank You. From the bottom of my mama heart.” 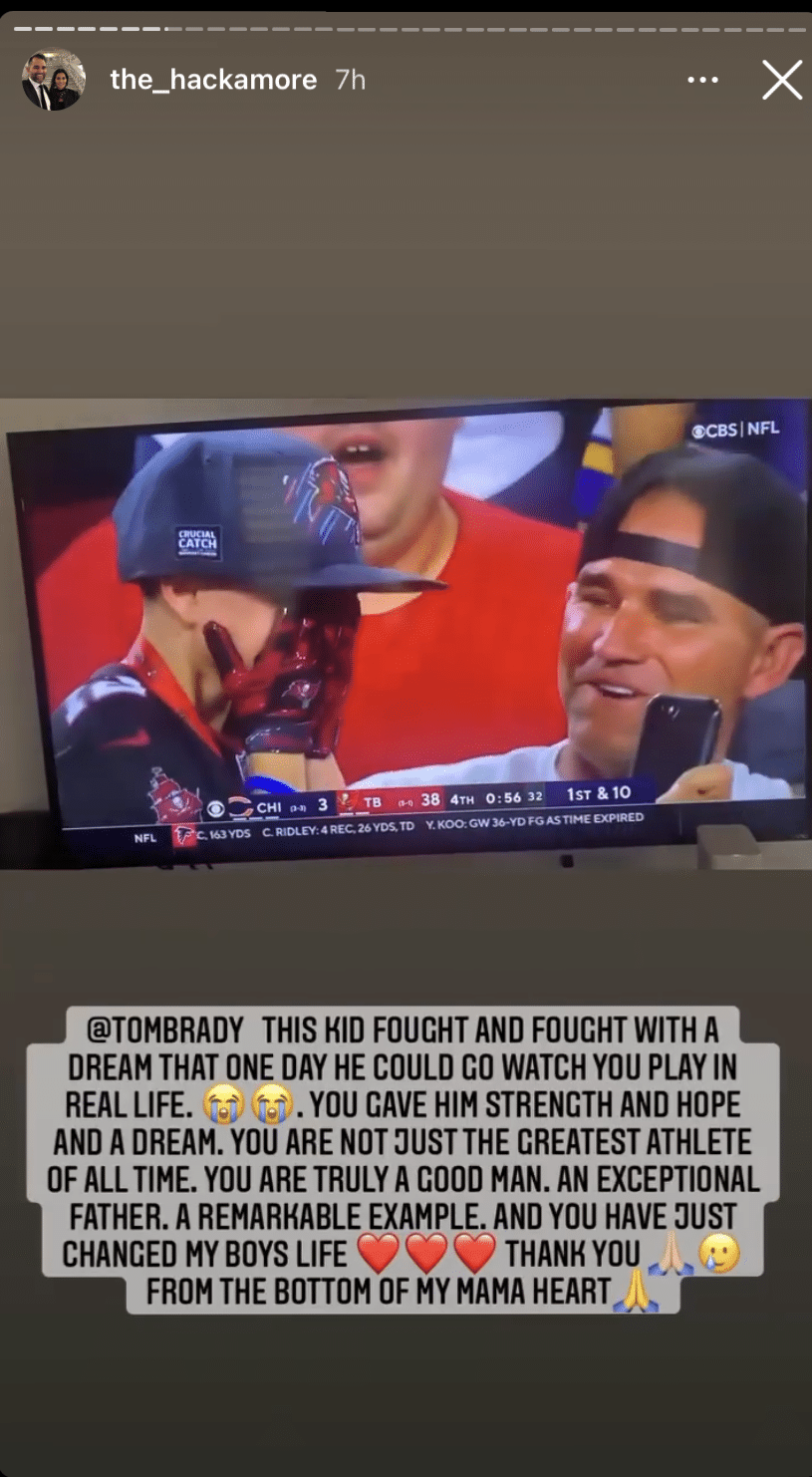 During a post-game interview, a reporter asked Tom about the moment and his reply was spot on:

“You know, obviously tough kid, man. Puts a lot in perspective of what we’re doing on the field. In the end, it doesn’t mean much compared to what so many people go through. You know we all try to make a difference in different ways and I think so many guys commit time to their foundations, to doing good things for the world, and the NFL does a lot of great things… I always think you know, do the best you can do, you know, under any circumstance, so that was nice to see.”

Swipe to watch the heart-warming moment below:

The Jonas Brothers Will Get "Roasted" In Netflix Comedy Special

Harrison Ford Thanks Decent Human Who Returned His Lost Credit Card To Police- In Person!