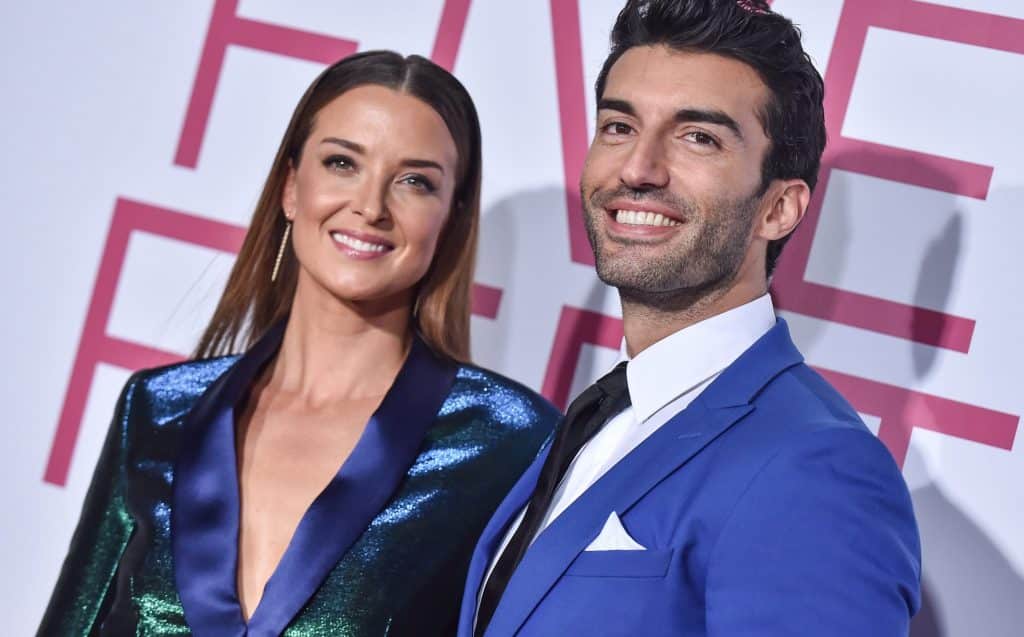 “Clouds”, the latest film from director Justin Baldoni has received a honking ovation at its world premiere screening in Santa Monica.

What on earth is a honking ovation, you may be wondering?

It’s the pandemic-friendly version of a standing ovation. You see, the premiere had to be re-configured (thanks COVID-19!) from a theatre screening to an open-air drive-in. So the guests were all watching from their cars, honking their horns to show their love and appreciation for the heartfelt masterpiece they just experienced.

The film, starring Fin Argus, Sabrina Carpenter, Madison Iseman and Neve Campbell is about  singer and song-writer Zach Sobiech who passed away in 2013 from osteosarcoma, a rare bone cancer.

Justin Baldoni made a promise to Zach before his death that he would bring his story to the world, and his message that “you don’t have to find out you’re dying to start living.”

Seven years later, and Justin did just that… 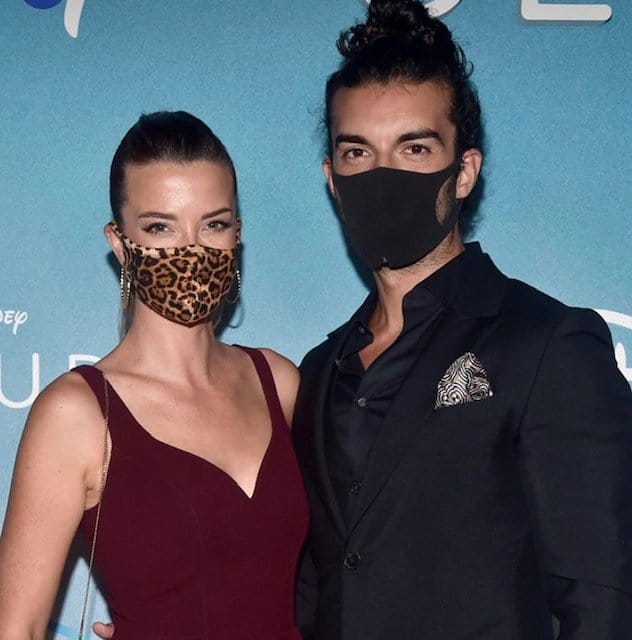 Emily and Justin Baldoni at the premiere of “Clouds” 2020 (Photo: Alberto E Rodrigues/Getty Images for Disney+)

And yes, the stars were all there for the big event too, masked up and socially-distanced, of course:

last night was a dream. i have no words yet, i’m just beyond honored to be a part of Zach Sobiech’s story. styled by @chrishoran20 in @ysl hair and makeup by @kcfee

night at the drive in🤎 #cloudsmovie comin to ya soon!

These are my friends 🙂

And here’s a snapshot of the special moment at the end of the movie when Justin Baldoni and the entire team received a standing ovation for their incredible work, as taken by Justin’s number one fan and wife, Emily Baldoni: 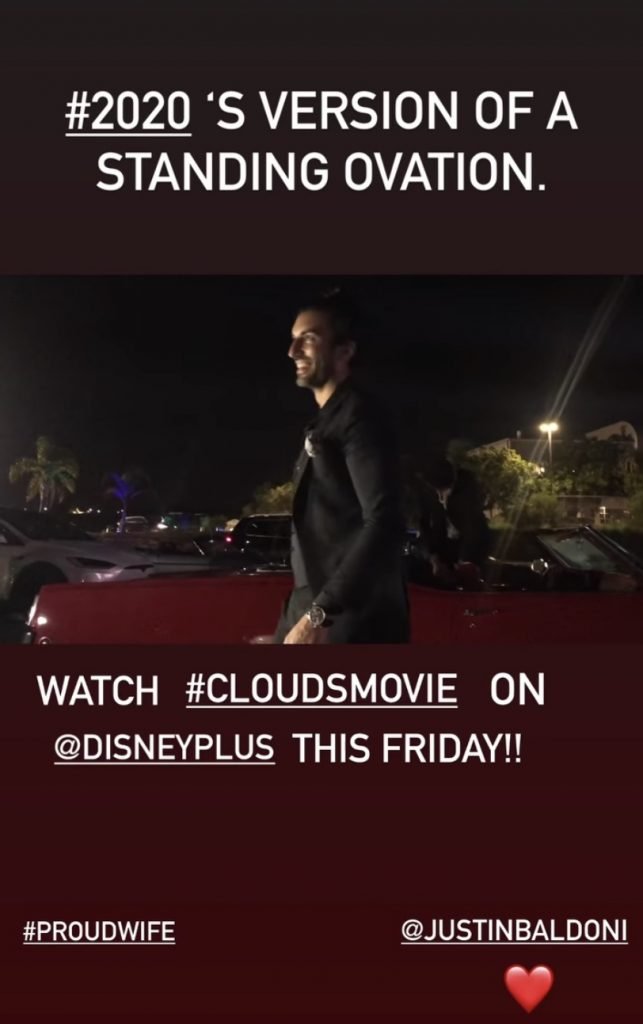 Obviously, you’ll have to watch the film when it comes out on Friday, 16th October on DisneyPlus, but a heads up from actress Sabrina Carpenter who plays the role of Zach Sobiech’s best friend Sammy, you’re going to need some tissues: 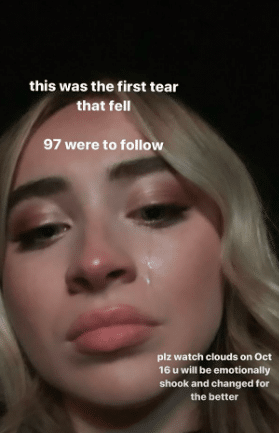