For Sydney-born actress Kya Stewart, acting was always an escape. Her first role was in a school production of the Christmas story where she played a King. Kya says she knew then, that she wanted to act for the rest of her life.

Almost 30 years later, she’s doing just that, taking part in Eddie Arya’s film Risen, having guest roles in Foxtel’s Deadly Women and featuring in ad campaigns all over the world. But the project she’s most proud of to date is the one she’s working on right now, Cognitive, a film that puts the spotlight on violence against women and the devastating impact it can have on children who grow up in violent homes.

While Kya says she isn’t ready to open up about her own personal experience just yet, she believes Cognitive may help her get there:

Can you tell us a bit about your new film, Cognitive?

Kya: Cognitive is a psychological drama about a young woman who must face her fears in order to reshape her future. While I can’t reveal too much just yet, the story addresses strong and important themes including mental health, domestic violence and trauma and, the devastating and long-term effects that domestic violence can have on someone, and in particular, children. 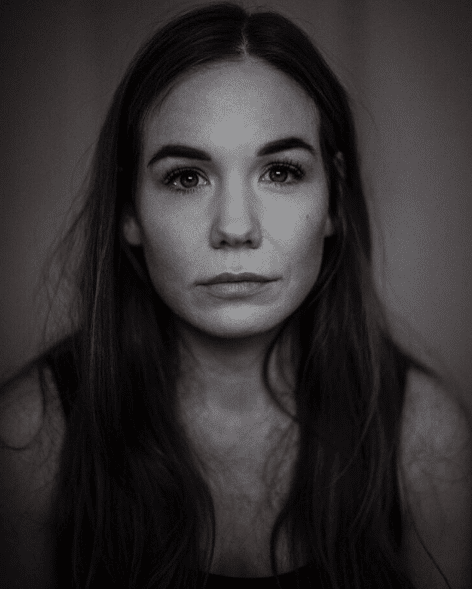 Kya Stewart is putting the spotlight on domestic violence in her new film, Cognitive, due to be released in 2020. (Photo by Jess Lindsay)

How difficult was this to write given that your own life was impacted by domestic violence?

Kya: I think for some of us we eventually get to a point in our lives where we really sit back and assess who we want to be in this world and how we want to show up. I want to have a positive impact and change lives.

Due to the nature of the story and the sensitive topics I tackle, in some ways writing Cognitive did prove a little difficult. But for the most part, I felt liberated, inspired and excited which is a beautiful thing.

Probably one of the hardest things during the writing process was overcoming the fear of being judged. But that’s the risk we take when we choose to reveal parts of ourselves as human beings, both in life and through art. So while I did have some reservations and fears, the difference I want to make to people’s lives is bigger than that and it’s bigger than me. It has to be. So I had to push forward.

We all have things in our lives that have hurt us, we perhaps aren’t proud of or that cause us shame. Writing Cognitive was a way of letting some of that go for me. I hope that through my small act of bravery and truth, I inspire others to let go for themselves too.

Why do you feel it’s important to address domestic violence in film-form?

Kya: I think that art and film in particular, can change lives. Some of the greatest films that I have seen have literally changed my life for the better. When a film is done well, I think you can truly get lost in a story and feel connected, which in many ways I think might be the purpose to art.

I want to change lives through my film. I want to be a voice for people who may find it difficult or are unable to have one for themselves. I want to help inspire anyone who is suffering or may be feeling lost.

The amazing thing about film is that it provides a medium for people to express themselves and deal with topics that may be difficult, confronting or ‘taboo’ within society. I want to be brave, take a stand and address some of the prominent issues that are seldom spoken about.

What are some of these issues that are seldom spoken about?

Kya: In Australia, I would say that for the most part as a society, we lack knowledge and understanding which in turn affects substantial change from happening.

Until recently, domestic violence was seldom something that was spoken about in the media or within our communities. I personally never heard about many cases at all when I was growing up which of course only adds to the problem of victims not getting the help and support that they need. When you feel isolated or alienated by a situation it only magnifies the problem.

I also don’t think people realise the long-term effects that experiencing or witnessing domestic violence can have. You can’t go through that degree of trauma and remain the same person – I didn’t. It changes you. And it can make many aspects of your life more difficult.

You really do need the right amount of care, help and support to come out of something like that. I have definitely suffered, but I was lucky. I had help and services available to me. Not everyone has that luxury or opportunity. We definitely need to talk about this more and have more done by our governments. We need to have more services readily available to people.

The more we talk about it, the more likely that we build awareness, identify abusive behaviours and prevent harm to people.

People affected by domestic violence are living in life threatening situations. It’s as serious as that. This is also seldom spoken about. We need to talk about the severity of the problem and the lives that are at risk if we don’t make drastic changes. 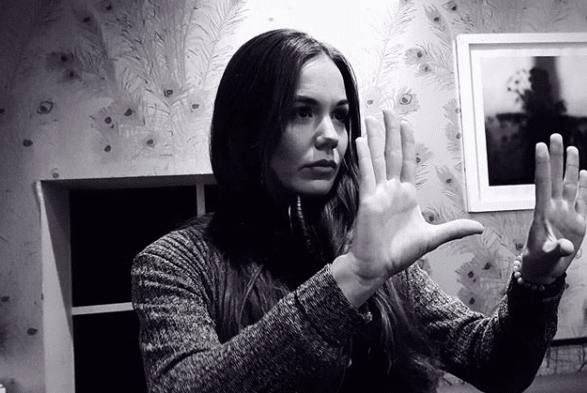 Kya Stewart on the set of her new film Cognitive. Photo by Jess Lindsay

What are you hoping to achieve through Cognitive?

If you could have any actors in the world on board for this film, who would you have starring alongside you?

Kya: I have thought about some of the actors that I would love to act alongside and there are some definite standouts and favourites. It’s exciting!

First and foremost, I would love to offer a role to Jameela Jamil. She is an absolute inspiration to me. Not only is she amazingly talented, she is the true definition of a ‘woman’s woman’. She actually fits one of my roles perfectly and it’s hard for me to imagine anyone else playing it at this poin.

She is funny, down-to-earth and inspiring. She has used her platform for good and is using her place in the media to speak out about feminist issues. She is using her voice to bring about real change in the world which is what I hope to do also. She is amazing!

Secondly, I’d love to see myself act alongside Luke Hemsworth. Besides being amazingly talented, he has this mysteriousness to him that a lot of actors don’t have. He too, fits one of my roles perfectly and I would love to see him in my film. His role would be deep, dark and intense which are some of the things I think of when I think of him. He’s amazing and I’d be honoured to work with him.

My favourite Australian actor, Abbie Cornish is another person I would absolutely love to see in my film. I have a role that she would be perfect for. I have followed her career since one of her earlier roles alongside Heath Ledger in the Australian film Candy. She is talented, humble and has a genuine sweetness to her that is hard to fake. She is amazing and it would be a dream come true to work with her. I definitely hope to make that dream a reality in the very near future.

I can’t wait to officially commence casting in the not too distant future!

Cognitive is currently in pre-production but is expected to be released in 2020.

Bella Hadid Donates 600 Trees to Be Planted Around the World