If new film Promised is anything to go by, the next generation of Australian screen talent is looking bright. Antoniette Iesue is the standout, glowing star of the low-key film alongside equally impressive young actor Daniel Berini.

Based on actual events, we journey through time from the 1950s, when two Italian children are promised in marriage by their fathers, to the 70s when times have changed, traditions are fading but the pair are still expected to marry. The film, which also features legends Tina Arena and Paul Mercurio, is funny, dramatic and eye-opening all at once and Antoniette brings an edge and presence that is unforgettable.

For a first feature film, as a lead, you’re extremely impressive and natural!

Antoniette: Thank you! It was a huge task I’m proud of. After having chemistry reads between colleague Daniel Berini (‘Robert’), I was basically told on the spot I was in the mix then confirmed later that afternoon. Very happy it all worked out!

What did you learn acting opposite legends Paul Mercurio and Tina Arena?

Antoniette: Paul brought onto the set professionalism. He’s done this forever. His calmness, coolness, patience, I certainly picked up on. With Tina, in her film debut, she reminded me what it was like on my first set. The energy and interest in wanting to learn and expand ideas. It was awesome – two icons by my side showing me totally different things.

Arranged marriage is the main plot-point in the movie. What’s your opinion on that?

Antoniette: When first tackling the script, I was a little shocked. Even though I’m Italian, it was never discussed growing up. The more I delved into that era I realised they did it often to help their community. I think if you moved to a country that speaks a different language, alone without support, families set up marriages like that for a sense of security. Whether they worked or not is a different story. Arranged marriage is a huge topic umbrella. I believe the 1950s era of Italians only had significantly good intentions to help their children in a country they couldn’t quite understand properly yet – I can only speak for Italians, being one, and history has changed! 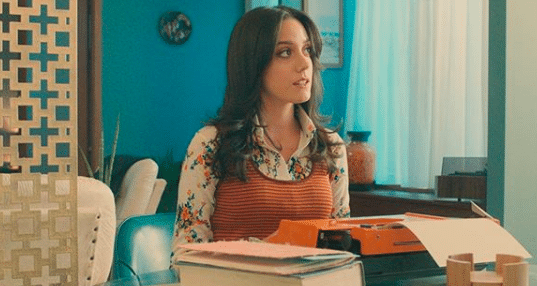 #MeToo is rightfully prominent in the industry now. Have you ever experienced these issues?

Antoniette: Definitely have but not as extreme as I know a lot of women have experienced. I’ve been really lucky. When anything had come up, [I] thankfully had the right support to guide me and get rid of them.

Why should Australian audiences see Promised?

Antoniette: It sheds light on a culture incredibly prevalent to the Australian community. Italian/Australian heritage have done a lot and the film is a really nice celebration of culture. Support it – our film industry is a great thing sometimes overlooked at the box office.

Music to dance to?

Music to chill to?

Do you think you could play a reverse Mrs Doubtfire in a reboot?

Antoniette: oh my god, would absolutely love to! Yes, sign me up!

Ted Danson Joins Jane Fonda in Climate Protest (and yes, they were arrested!)