Easily the best Australian film of the year so far. Take a trip back in time to 1950s Sydney in Ladies in Black. It’s the appropriately relevant story of a young girl, working in a city department store around a fanciful staff who are supportive of each other at work and in life. Terrific beyond her years, Angourie Rice takes the lead as Lisa. Wide-eyed, educated, a dreamer and compassionate in changing times. Equally immaculate costume and production design, a definite highlight. Attending the Australian premiere at the glorious State Theatre, I had a chance to talk with some of the cast members on rising star, Angourie and the various aspects of making this illustrious story, directed by legendary Bruce Beresford (Driving Miss Daisy, Breaker Morant) and adapted from the best selling novel by Madeline St. John. 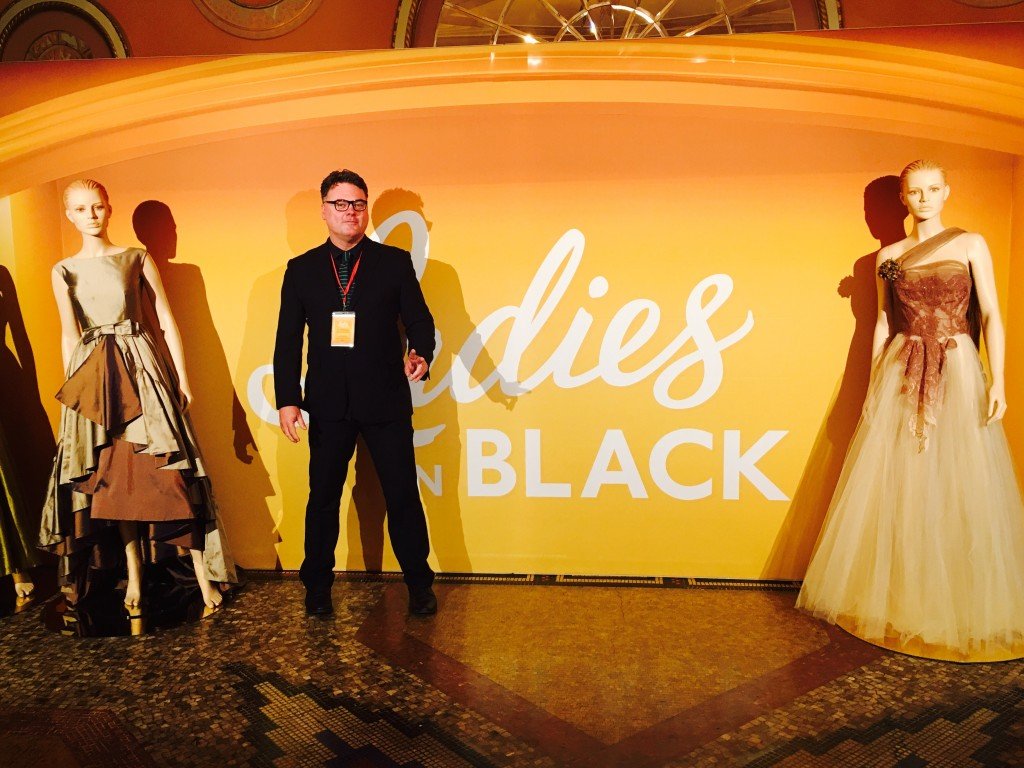 Shane A. Bassett on the Ladies in Black red carpet in Sydney, 2018

How many actual long necks of beer were consumed in your scenes?

Shane: Heartbreakingly, it’s like being handed a bestselling book with nothing written on the pages. I made up for it after we finished shooting! (laughs)

Working with Angourie Rice, what did you see in her as a young talent?

Shane: Sarah Snook is someone similar who comes to mind. I see in Angourie what everyone sees in her, brilliance. Best thing about it is that’s not the best thing she sees within herself therefore she deserves massive success and I hope it continues. Working alongside her,  felt like a real father and friend.

Do you ever stop working? You appear in multiple ongoing projects.

Shane: Yes right now (laughs)  – I’m talking with you while other people call this work! I love being part of things I believe in,  just like this fabulous movie. 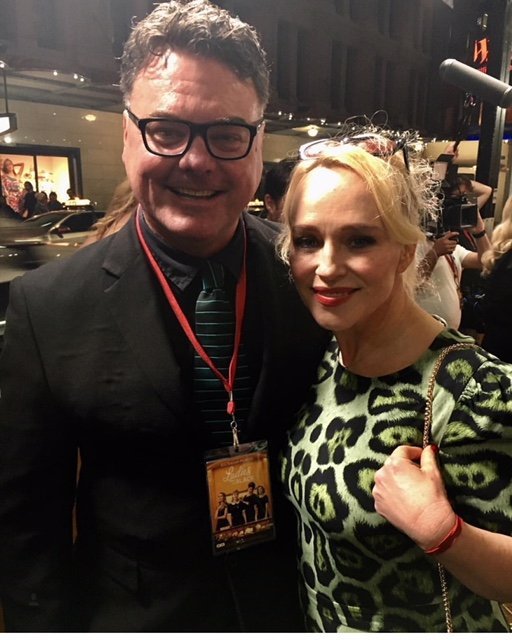 Shane A. Bassett on the red carpet with Ladies in Black actress Susie Porter

A lot of your scenes are with Angourie – do you see any of yourself in her?

Susie: I did a bit. Look, she’s such an amazing actress. One major thing I did notice was her maturity and good behaviour. At sixteen, I was probably drinking at the Town and Country or the Uptown Circus (laughs) getting up to no good! She continuously embraced you as a person. She read many novels too. I loved that, the most beautiful actor to work with.

What would you say to individuals following their dreams into the film industry?

Susie: One of the things that drew me to this film was, it was not commonplace for women to attend university back then. So, I admire.. respect women before us that lead to higher volumes of females into universities. My daughter in the film is steadfast on her education and I loved that. Personally had the best time of my life at uni so I would always suggest to go to study not only for education, but for social skill sets as well, like acting.

Rudi can speak several languages. How many can you speak?

Ryan: Just the one mate! Or very, very, very basic Italian only because of what I remembered from school (laughs) but playing Rudi, it was important to me to get dialect right. So, I worked for a number of months on that here and in the US.

What should you like to highlight from the 50s that could be initiated now?

Ryan: Absolutely, particularly late 50s immigration emulated to how Australia is now as a culture. Artistically, also new ideas zoomed and in terms of food influences changed. It seems now, we are still talking about immigration issues and the movie shows how multiculturalism really works. 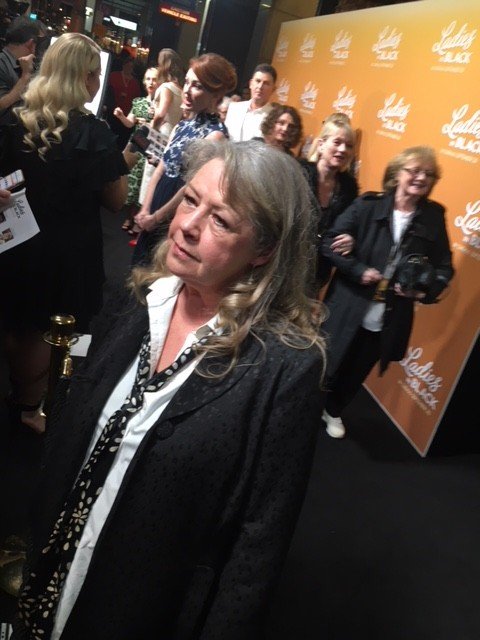 Noni Hazelhurst at the Ladies In Black premiere, Sydney 2018

What drew you to Ladies in Black?

Noni: Script was beautiful. Couldn’t put it down. While it touches on issues that are still relevant today like tolerance, bigotry or homophobia. All things we are still grappling with and even going backwards in for some areas. In the way arts can do,you can look at these issues through a lens letting audiences examine thoughts or their own reactions.

You share some unforgettable, emotional scenes with Angourie Rice…tell me about those.

Noni: It’s an enlightening, beautiful speech. She’s a lovely girl, her parents are in the business which is strong for her to have. She is not pretentious. Doesn’t come to work with ego whig I really appreciate. Work is priority. We all get home quicker that way. I’ll add she’s humble while well-prepared. She’s a nice girl.

You used a local Newcastle cinema The Regal as the first test audience. How was the reaction?

Bruce: Testing the film up there was a superior move. Reaction – overtly good. The people who run The Regal are friends of mine so I called them.

What took so long to make the film? Production was extensive?

Bruce: Read the book in the mid-90s. It just took an awfully long time to get it financed as it does almost always.

How does it rate in your career of films?

Bruce: The quality of the film? I have no idea. That’s up to other people to decide. I never read critics or take notice!