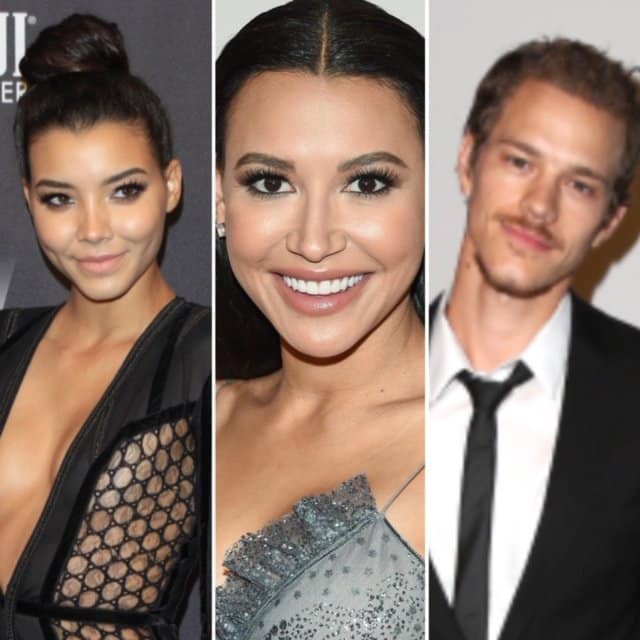 FACT: Josey had been living with his dad and Naya’s ex-partner Ryan Dorsey following Naya’s death.

FACT: To make things easier for all the parties involved, Nickayla Rivera and Ryan Dorsey decide to rent a home together.

THE TABLOIDS: Nickayla Rivera and Ryan Dorsey are dating.

It’s the age-old trick the tabloids thrive on.

Pushing a narrative that will generate the most clicks, the most magazine purchases – and the most public outcry.

And boy, did this one work. 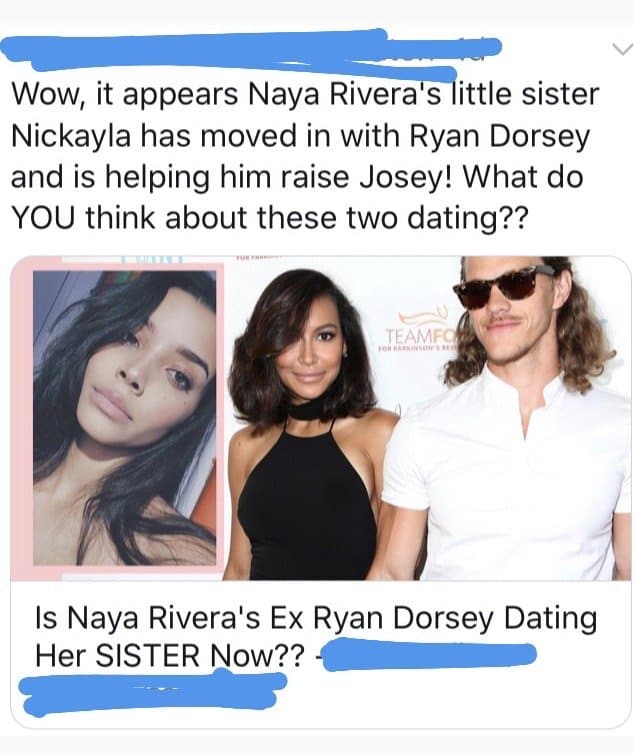 Within minutes, hundreds of people were commenting on this story, shaming both Ryan and Nickayla and even sending them death threats for supposedly getting together.

The original story which was broken by a tabloid we shall not name, shared paparazzi photos of the pair moving their belongings into their new home.

And the idea that they might be dating appears to’ve been picked up from a comment made by an un-named “eye witness” who claimed the duo were “fooling around and chatting the whole time.”

In fact, this one comment was repeated over and over again, with little context, in countless tabloids later and formed the reasoning behind why they must be dating.

But did any of the media outlets step back and think, hang on a minute, is it really right to jump to this conclusion?

Did they ask Ryan, Nickayla or their reps to confirm the conclusion they were jumping to?

Or did they just go with the dating narrative, not giving a second thought to who they might hurt with their gossip?

Not thinking about how both Nickayla and Ryan are still grieving the loss of their beloved Naya whose body was pulled from Lake Piru just three months ago.

Not thinking about little Josey who will one day be able to access these completely made up articles. 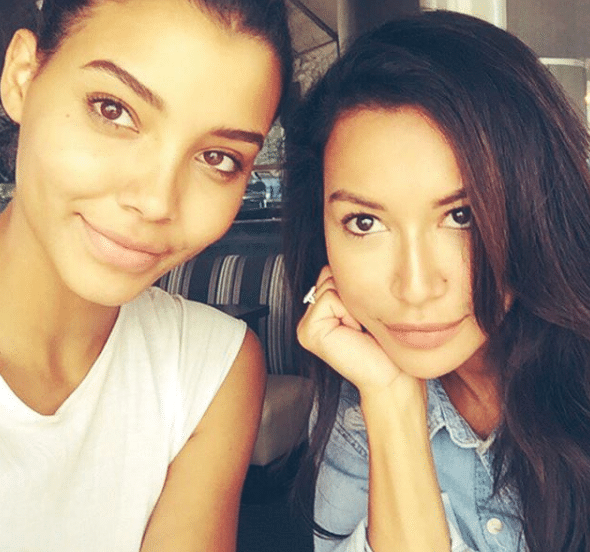 In a video posted to Instagram, Ryan expresses his disbelief that he even had to address “any of this nonsense.”

“S*** man. I wish I was worried about a relationship right now. Not thinking about this and living with this every day,” he said, referring to the fact that his little boy has lost his mother.

“I think to myself how lucky I am to still have my mom and still have her help out in my life still. Then I think about how he won’t have that same opportunity in his future. It makes me beyond sad,” Ryan continues.

He also explains that when he told his son Naya was in heaven, Josey replied, “Well, I want to go there. How do I get there?”

🗣Its not always black and white.

“I wouldn’t wish that upon any of your ears to have to hear those words come out of the sweetest soul you know,” Ryan said.

He explains that it was Josey who wanted Nickayla to live with them in the first place because “she’s now the closest thing he has to a mom.”

“To have a young woman who is his blood, his Titi, who is willing to put her life on hold and sacrifice things, uproot her situation for the betterment of your child,” he continues.

Ryan ends his video by urging everyone to “think twice before they go insert their opinion and jump to conclusions. Think about sending people DM’s wishing death upon strangers who are dealing with so much that they know absolutely zero about.”

Nickayla also posted a message on her Instagram stories dismissing the ridiculous headlines:

“In the darkest time of my life, the only thing that is important is my friends & family. Showing up for my nephew even though I can’t show up for myself. I’m not concerned with the way things look because no one can see each agonising moment we all endure. What matters most I’ve learned, is to show compassion, not to judge others & never take a moment of life for granted.” 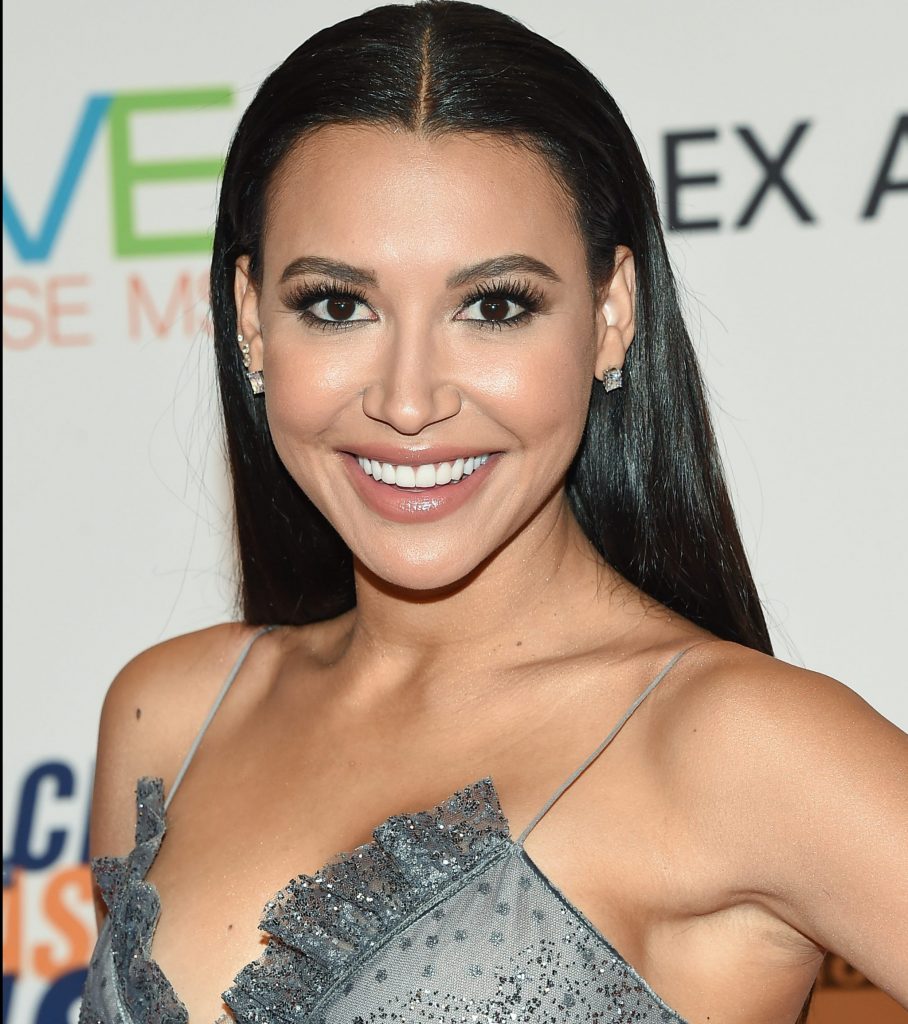 What the tabloids did was twist an innocent story about two people who love a young boy, who tragically  lost his mother.

What the tabloids did was add to their pain by opening up a space for random strangers on the internet to criticise their actions based on a completely unfounded narrative.

And what we need to do is stop clicking on these stories.

Because every time we click, we add to their readership tallies making them more desirable to advertisers who keep their brand of “celebrity journalism” afloat.