It’s been just over 12 hours since Jennifer Aniston joined Instagram and everyone is well and truly losing it! (Ok, we totally squealed too.)

The actress who posted a selfie with her Friends cast mates, has already gained over 5.5 million followers, 330 thousand comments and even caused the social media platform to temporarily crash.

…it’s also brought about plenty of social media chatter about what the white stuff is on the phone in the photo: 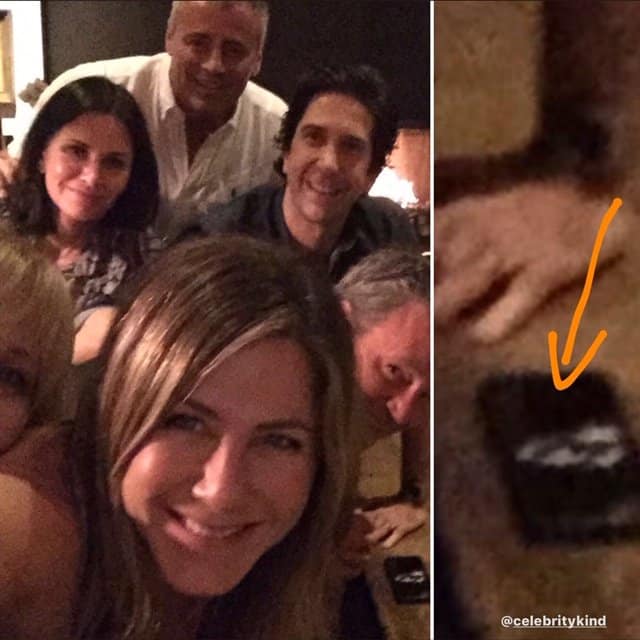 “Ok, who is pregnant?” asked one Facebook user believing it was an ultrasound photo.

So before the gossip mags pick this one up and turn it into another “Jennifer Aniston is Pregnant” lie or a fabricated story about drug use, we thought we’d nip this rumour in the bud.

We reached out to Jennifer Aniston’s reps and can confirm the white stuff on the phone is neither an ultrasound photo nor a line of cocaine but rather “a reflection of an overhead light fixture.”

Yep Jen, CelebrityKind’ll be there for you.