Ben Stiller is highlighting the plight of refugees around the world while visiting Poland and Ukraine.

The Hollywood star, director and UNHCR Goodwill Ambassador met families forced to flee their homes due to war and is using his platform to call for urgent global support and funding for refugees – not only for those impacted by Vladimir Putin’s Russian-led invasion of Ukraine, but for all 100 million refugees around the globe.

“People have shared stories about how the war has changed their lives – how they’ve just lost everything and are deeply worried about the future,” Ben shared in a statement.

“Over the years, I’ve had the chance to meet refugees and asylum seekers from around the world – from Syria, Central America, Afghanistan, Iraq and now Ukraine. In so many parts of the world, war and violence devastate people and leave lasting traumatic effects. Wherever and whenever it happens, nobody chooses to flee their homes. Seeking safety is a right and it needs to be upheld for every person.”

He adds, “Protecting people forced to flee is a collective global responsibility. We have to remember this could happen to anyone, anywhere.”

According to UNHCR, the war in Ukraine is driving the fastest and one of the largest forced displacement crises since World War II. Women and children make up some 90 per cent of those forced to flee.

Ben also met with Ukrainian President Volodymyr Zelensky to discuss the needs of refugees and ways the Ukrainian government can work with the UNHCR. 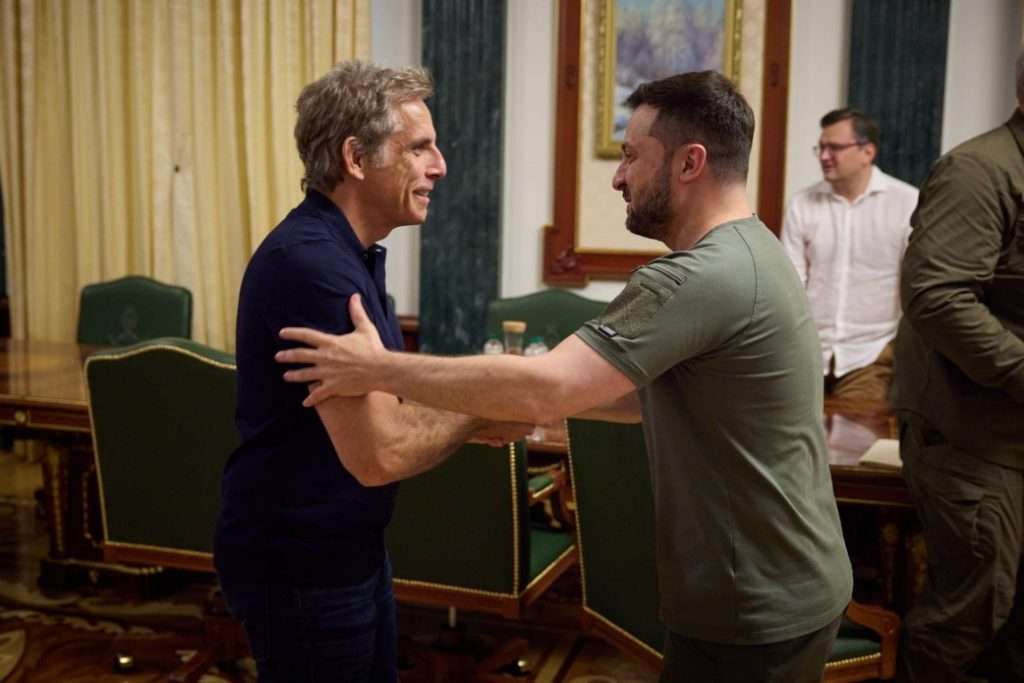